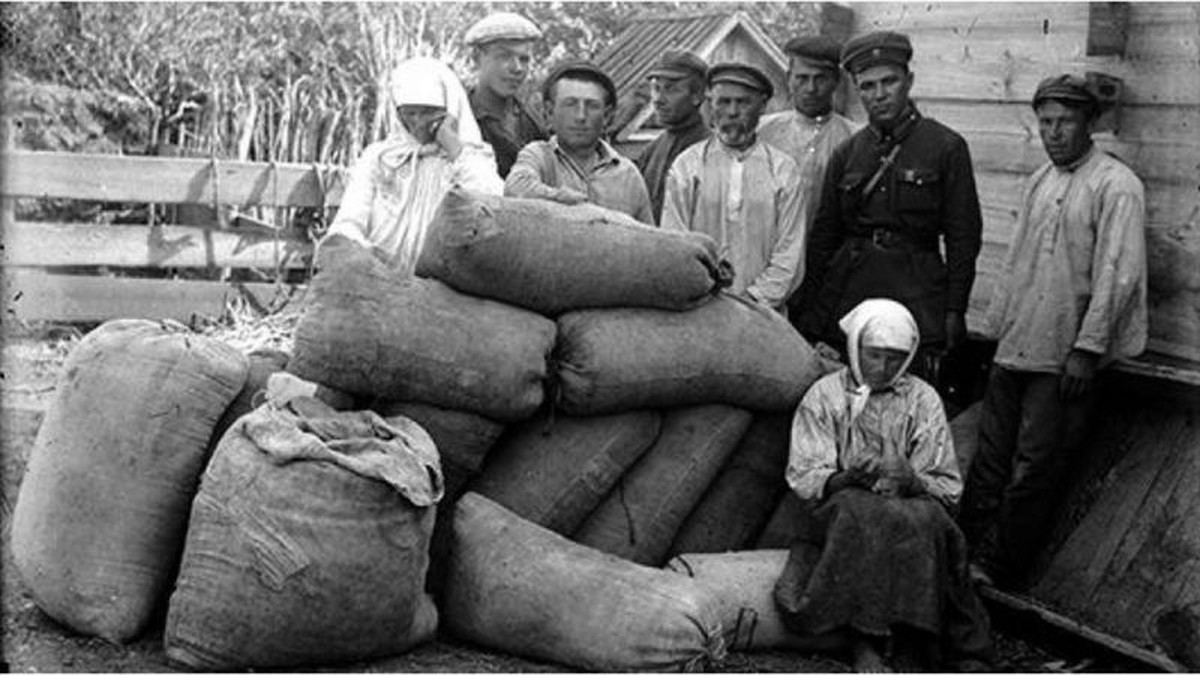 Holodomor: The Great Famine That Killed Millions in Ukraine During Stalin’s Soviet Communism | Ukraine and Russia

Ninety years ago, millions of Ukrainians died in a great famine during the Soviet regime of Joseph Stalin.

And to this day, the Holodomor, as the event became known, continues to divide opinion from both historians and the public.

There are those who label it genocide and draw parallels with the Holocaust — the mass murder of millions of Jews, as well as homosexuals, gypsies, Jehovah’s Witnesses and other minorities, during World War II, from a program of systematic extermination. implemented by Adolf Hitler’s Nazi party.

Others reject such a definition and consider the comparison inappropriate, despite acknowledging the human dimension of the tragedy.

After all, was the great famine a deliberately planned policy of extermination by Stalin or a consequence of Soviet industrialization?

In the midst of different views, social networks ended up intensifying this discussion even more, becoming a platform for exalted voices against and in favor of communism.

The Holodomor, or Famine-Terror, or even the Great Famine, was a widespread famine that hit Ukraine during the Soviet communist regime led since 1922 by Joseph Stalin (1878-1953).

The name comes from the Ukrainian words “holod” (hunger) and “mor” (plague or death).

Some historians, such as Timothy Snyder of Yale University in the United States, who has done extensive research in Ukraine, put the death toll at around 3.3 million. Others say the number was much higher.

Whatever the actual number, it is a trauma that has left a deep and lasting wound in this nation of 44 million people.

Entire villages were decimated and, in some regions, the death rate reached 30%. The Ukrainian countryside, home to the “black land”, some of the most fertile land in the world, has been reduced to a silent wasteland.

Cities and roads were littered with the corpses of those who left their villages in search of food, but died along the way. There were widespread reports of cannibalism.

In 2013, Ukrainian Nina Karpenko, then 87, told the BBC how she managed to survive.

“A little cheap cornmeal, wheat straw, dried nettle leaves and other weeds”—this was the essence of life during the terrible winter and early spring of 1932-33 in Ukraine.

When classes resumed the following fall, two-thirds of the desks were empty, according to Karpenko. His classmates had died.

Joseph Stalin is accused of deliberately starving Ukrainians to death — Photo: US LIBRARY OF CONGRESS

But the Holodomor’s pain doesn’t just come from the death toll. Many people believe that their causes were intentional and stemming from human action.

And, according to them, the man behind it had a first and last name: the then Soviet leader, Joseph Stalin.

In other words: a genocide.

They allege that Stalin wanted to starve the rebellious Ukrainian peasantry and force them to integrate their properties into farms for collective exploitation.

Collectivization would give the Soviet state direct control over Ukraine’s rich agricultural resources and allow it to control the supply of grain for export. Grain exports would then be used to finance the transformation of the USSR into an industrial power.

Most rural Ukrainians, who were independent small-scale or subsistence farmers, resisted collectivization. They were forced to hand over their land, livestock and agricultural tools, and work on collective government farms (“kolhosps”).

There were thousands of protests, which were suppressed by the Soviet secret police (GPU) and the Red Army. Tens of thousands of farmers were arrested for participating in anti-Soviet activities, shot or deported to forced labor camps.

In addition to mass repression, the Kremlin began to demand more grain than the farmers could supply. When they resisted, brigades of Communist Party activists swept through the villages and took everything that was edible.

“The brigades took all the wheat, barley — everything — so there was nothing left,” Karpenko said. “Even beans that people had set aside for an eventuality.”

“People had nothing to do but die.”

As the famine increased, the Soviet authorities took extra measures, such as closing Ukraine’s borders, and peasants were prevented from traveling abroad where they could obtain food.

“The government did everything possible to prevent peasants from entering other regions and looking for bread,” Oleksandra Monetova, from Kiev’s Holodomor Memorial Museum, told the BBC.

“The authorities’ intentions were clear. For me it is genocide. I have no doubts.”

But for others, the question is still open.

Russia, in particular, opposes the genocide label, calling it a “nationalist interpretation” of famine.

Kremlin officials insist that while the Holodomor was a tragedy, it was unintentional, and other regions of the Soviet Union also suffered at the time — and that, in fact, happened.

Kiev and Moscow have clashed over the issue in the past.

Currently, in addition to Ukraine, at least 15 countries — including Portugal and Canada, and Argentina, Colombia, Paraguay, Peru, Ecuador and Mexico in Latin America — consider the Holodomor a genocide.

Brazil is not part of this group.

In 2018, the United States Senate adopted a resolution that defined the Holodomor as genocide.

If there is still intense debate about whether the event can be considered a genocide, the comparison with the Holocaust also divides opinion among experts.

In common, the two tragedies resulted in millions of deaths.

From a legal point of view, the Holocaust is considered genocide because it has both what the UN Genocide Convention calls a “mental element” (“intent to destroy, in whole or in part, a national, ethnic, racial or religious group, as such”) and “physical element”. This includes five acts, which are:

Those who consider the Holodomor as genocide believe that many of these acts were carried out by the Stalinist regime against Ukrainians.

In the view of Eric D. Weitz, professor of history at the City University of New York, the problem with the UN’s definition of genocide is that it “does not include groups defined by their political orientation or class origin.”

He speculates that “in the negotiations of the 1940s, the Soviet Union and its allies forced the exclusion of these categories for fear that their policies towards the peasantry and political opponents could be considered genocide”.

Along these lines, some experts also point out that the Soviet regime had clear intentions of destroying the “Ukrainian national identity”.

“Murders in Ukraine were not just numerous in the famine of 1932-1933. The death toll in Ukraine after the Bolsheviks came to power was also quite high. In the years before the famine, the Bolshevik regime tried to quell the nationalist sentiments of the Ukrainian people undergoing purges of the intellectual elite, imposing Russian language and dissolution of the national church”, reads an article in the Romanian journal of Political Science Studia Politica signed by Alexandra Ilia.

“The fact that the Bolsheviks were trying to destroy the national identity of Ukrainians could also mean that the famine may not have been a failed attempt to force collectivization, but a successful attempt to crush Ukraine as a whole,” he adds.

Ilia goes further and argues that in both Nazism and Communism “there were some underlying ideological reasons for the intention to kill”.

“The perpetrators of the Holocaust had established their belief in false biology and anti-Semitism under a National Socialist world view. Those responsible for the Holodomor, on the other hand, were communist fanatics, believing in false sociology, seeking to eliminate the kulak (peasant) class. prosperous) but also to bring a nation (Ukraine) to its knees to strengthen its influence over it. Although the reasons for committing murder seem very different, the ideology that brought about it contains some commonalities,” he says.

Michael Mann, author of The Dark Side of Democracy: Explaining Ethnic Cleansing, argues that under communism “the people were the proletariat, and the classes opposed to the proletariat were enemies of the people. Communists were tempted to eliminate classes through murder. I call it classicide.”

The atrocities committed by communism personified by Stalin are still vivid in the memory of Ukrainians.

After Russia’s annexation of the Crimean Peninsula in 2014, Ukraine’s Parliament passed broad legislation on “decommunization” in April 2015.

The promotion of communist regime symbols and propaganda was prohibited. Monuments were removed and thousands of streets renamed. The three communist parties were banned from participating in elections.

By the same legislation, symbols and propaganda of National Socialism were also banned.