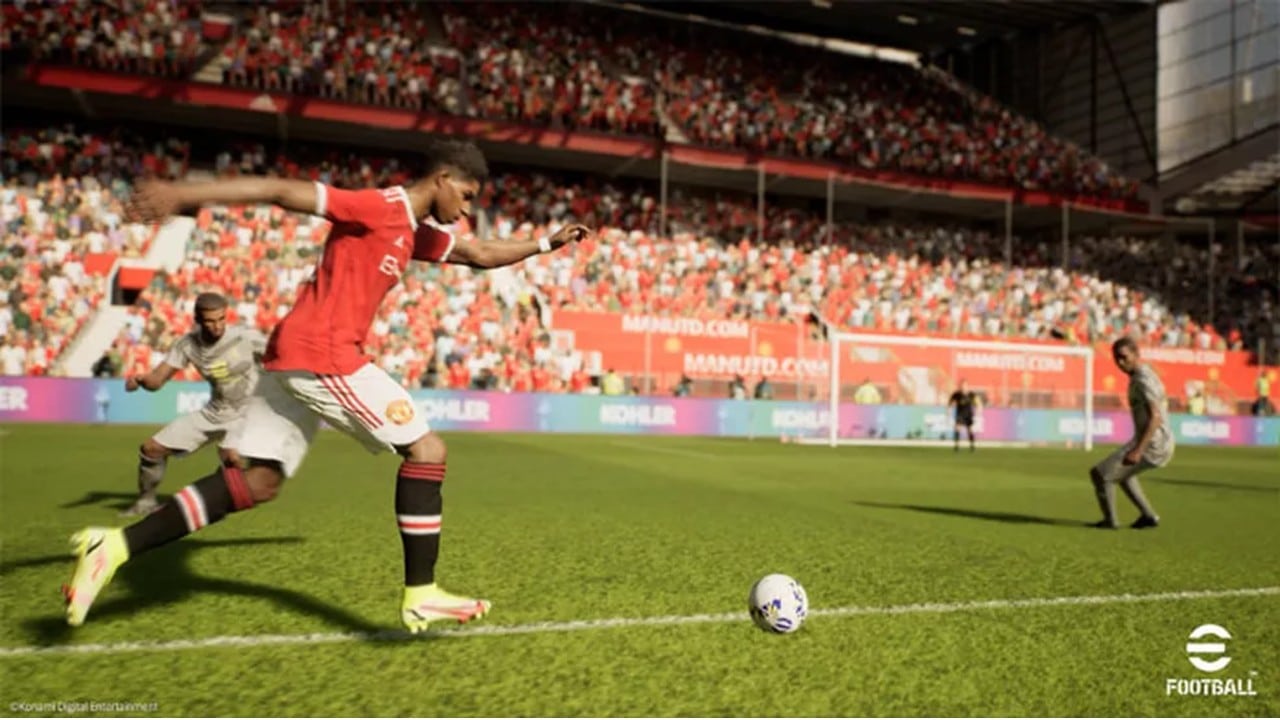 The eFootball 2022 update v1.0.0 finally has a release date: April 14th. Six months after a controversial release, Konami prepared a series of gameplay fixes to deliver “a new game” with “unparalleled realism and never seen before”.

The publisher revealed that it had listened to the “inspirational feedback” from the community, made improvements and promised to keep updating the “new PES” going forward. This time, the company guarantees that it created “a game that lives up to the name eFootball“.

Dribbling will be more accurate in eFootball 2022

Tactics have also been improved

Konami has promised more details on the features when the “new football game” is released. However, the company still gave a preview of what’s to come:

Konami also changed the name of the “Creative Team” mode, which is now called “Ideal Team”. To create your dream team in eFootball 2022, several original ideas came up in those six months, according to the publisher.

Build your unique “Ideal Team” using a combination of your favorite players and the players you’ve developed, and bring your own style of play to life. When you’re ready, bring your “Ideal Team” onto the field and challenge fans from around the world to an indoor battle.

Konami has promised to release more information about the eFootball 2022 patch v1.0.0 on April 14th. Until then, we will be waiting to see the “new football game” promised by the company.

Raju has an exquisite taste. For him, video games are more than entertainment and he likes to discuss forms and art.
Previous Red Cross convoy arrives in Zaporizhzhia with refugees from southeastern Ukraine – International
Next Brown April warns of diseases that can lead to blindness – News