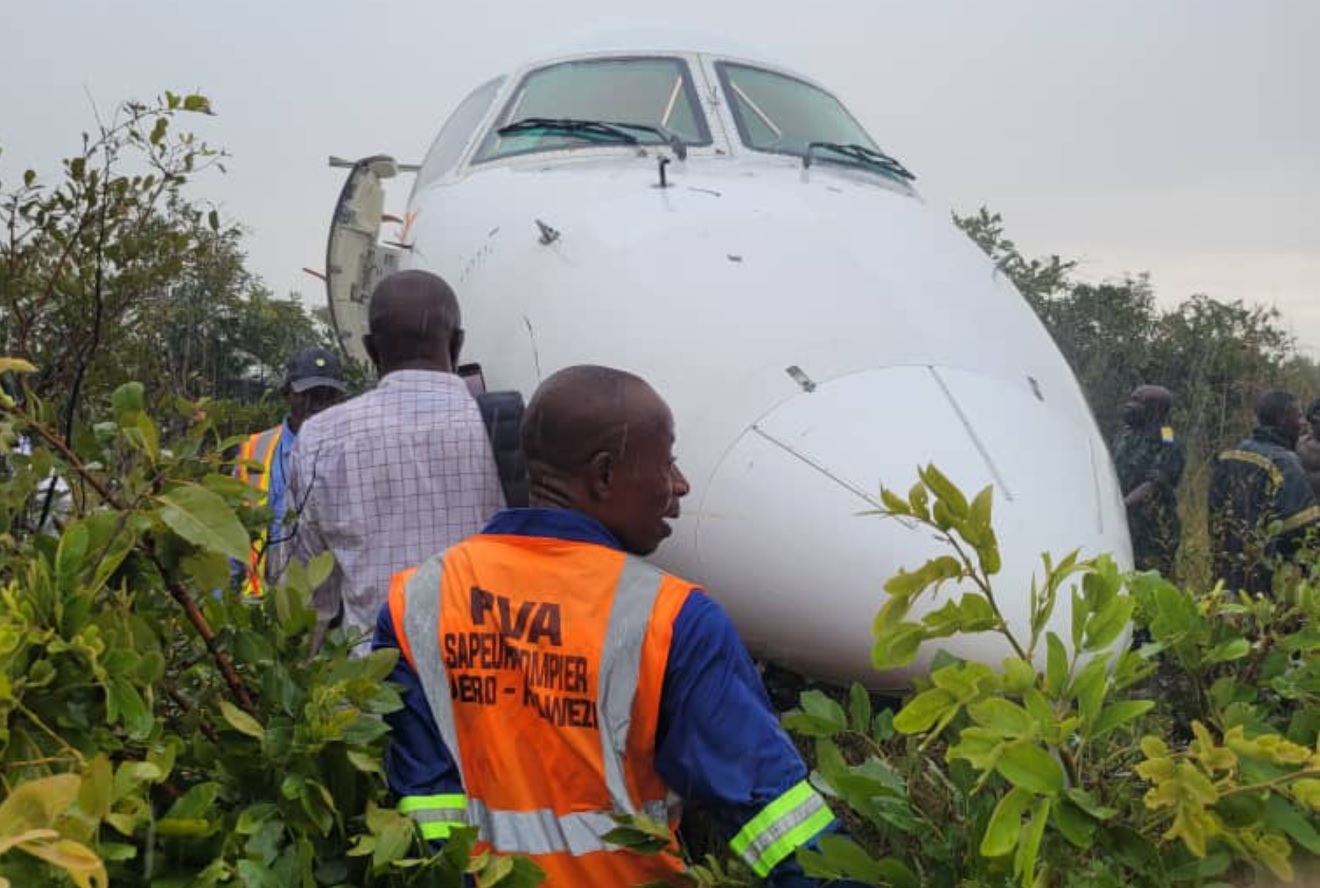 Abhishek Pratap April 7, 2022 News Comments Off on Embraer 145 jet with 29 on board ends up in the bush in incident this Wednesday 35 Views

An Embraer 145 model plane ended up stopping in the middle of the woods after suffering an incident during landing on Wednesday, April 6th.

According to The Aviation Herald, the plane involved was the ERJ-145 registered under registration 9S-AMG, operated by Mwant Jet, a company in the Democratic Republic of Congo.

Videos posted on social media show the moment of the evacuation, both from the outside and inside the aircraft:

As recently published by AEROIN, the new airline received its first aircraft of this model in August 2020, and announced the expansion of the fleet in September 2021 with the purchase of the second example.

And it was this second jet that was making the flight from Lubumbashi to Kolwezi this Wednesday, with 24 passengers and 5 crew, when it landed at its destination around 1:30 pm local time (11:30Z) and suffered the incident.

The plane overran the end of the runway (“runway overrun”) in wet weather conditions and stopped on rough terrain. There were no injuries. There was still no information about damage to the aircraft until the publication of this article.