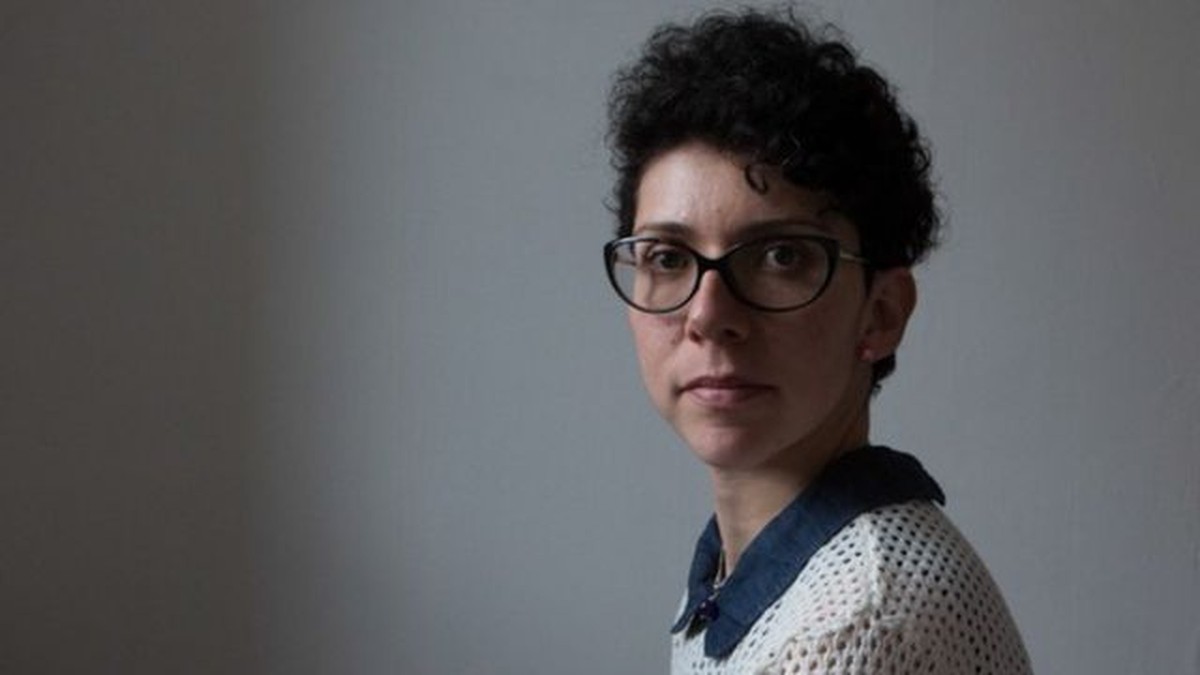 Wilson’s Disease: ‘The Rare Disease That Turned My 30-Year-Old Brain into a 70-Year-Old’ | Health

Jenni Smith April 7, 2022 Health Comments Off on Wilson’s Disease: ‘The Rare Disease That Turned My 30-Year-Old Brain into a 70-Year-Old’ | Health 16 Views

Colombian journalist Carolina Roatta faces a different problem: a rare disease that affects her brain, aging it even though her body is young.

She says that she was in a great phase of life when the disease began to manifest itself.

“I was 32 and I felt like the queen of the world. It was November 2012. I had finished my master’s thesis and was single again. I was teaching at a university and had just gotten my dream job as a journalist,” she says. Carolina.

“The day I went to sign the employment contract, I arrived so sure of myself that I managed to control the tremor I had in my hands for some time. That signature was the last thing I could write.”

Carolina says that the tremors began to get stronger, first in the hands and arms and then in the head and legs.

“I changed my routine. I stopped wearing button-up tops and lace-up shoes to skinny jeans and even hired an assistant to write for me. I also started an audio diary to record everything that happened to me,” she says. “I resisted as best I could, but after six months the situation became unbearable.”

“In the Colombian health system, you have to go through a general practitioner so that he can order tests or refer the patient to a specialist. I was seen by a first-time neurologist who misdiagnosed me with essential tremor and prescribed me medication for this condition. . That medicine relaxed me, but it didn’t take away the tremor.”

After consulting with several doctors, psychologists and neurologists, it was an alternative medicine doctor who asked for a brain scan.

“My father and mother accompanied me to the MRI. The next day, while we were waiting for the results, the technician called asking if I handled chemicals in my work. The images showed that my brain was intoxicated.”

Her family then helped Carolina arrange a private consultation with a renowned neurologist.

“It wasn’t cheap, but for the first time I felt like someone understood what was going on.”

“The consultation lasted three hours, the doctor did several clinical exams: I had to touch the tip of my nose with my index finger, draw a spiral, make puppets with my hands, stand on just one foot. In all of them I had difficulties and I ended up sweating as if I had run a marathon”, says the journalist.

Thanks to the consultation and other tests, the neurologist confirmed that Carolina has Wilson’s disease, a hereditary disease.

“It’s a genetic oddity named after the neurologist who discovered it, Samuel Alexander Kinnear Wilson. It prevents my body from being able to process or digest copper.”

Copper is an element that helps us to have healthy nerves and bones, it also contributes to collagen and melanin in the skin. The human body does not produce it, but acquires it through many foods, such as lentils, almonds, chocolate, avocado, lobster, among others.

The body breaks down these foods, the liver processes the copper we use, and the body eliminates what it doesn’t need, usually through urine.

“The problem is that those who suffer from Wilson have a liver that is unable to process and eliminate copper. The metal then accumulates in the body in amounts that make it toxic,” she explains. “Typically, the liver is the most affected, followed by the brain, eyes and kidneys.”

Carolina says that her case is “even stranger”.

“Despite 32 years of accumulating copper, my liver was healthy. My brain, on the other hand, aged twice as much. The neurologist said it looked like a 70-year-old man,” she says.

Carolina also had a copper-colored “ring” around the irises of her eyes, another typical sign of the disease.

To treat the disease, the journalist needs to take medicine for the rest of her life.

“The medicine “peels” the copper that accumulates in the organs and then eliminates it through the blood and urine”, she says.

The doctor explained that it would take some time for her to get better, without specifying whether it would be months or years. He also advised her not to research the disease on the Internet so as not to be scared and specified that the symptoms would suddenly worsen during the start of treatment.

“I started to believe that it would be brief and that in a short time I would resume my activities. The reality is that in my day-to-day I seemed like a kind of ‘baby’. I went from being a super autonomous woman to depending on others in all aspects. of my life.”

Carolina says she realized she would lose her autonomy soon after her diagnosis, when her mother had to help her brush her teeth because she couldn’t.

“I vividly remember my eyes filling up with tears when I opened my mouth and she carefully began to clean it with the brush. I cried because I felt I had no more dignity,” she says.

“That’s how I felt every time I needed her help: she cleaned me when I urinated, took a shower, helped me change the pad when I was on my period, dressed me.”

After nearly a year, Carolina reached the limit of allowable medical disabilities. She showed no improvement and was able to retire on disability.

“At first I found it attractive: being 32, earning a lifetime salary and being able to dedicate time to my hobbies. But there was another side: being so young and feeling useless, discarded into the world of work, demoted and condemned to earning a minimum wage. in Colombia,” she says.

The value of retirement meant that she continued to depend on others financially.

“I was far from imagining that Roatta, my surname, would save me. My paternal family is French and thanks to this inheritance, I received dual nationality, I was able to study in a bilingual school and I speak the language”, says Carolina.

“That’s why France started to sound like an option when we understood that in Colombia there was nothing we could do but wait and be dependent, without much hope,” she says.

One of her sisters was already living in France and, researching, found a referral center for Wilson’s disease in Paris.

“My parents, my younger sister and I decided to emigrate to join her. It was a difficult but necessary decision”, says Carolina.

The site, CRMR Wilson, has a team of experts who gave the journalist all the answers. As Wilson is a genetic disease, they were also able to diagnose Carolina’s two sisters before symptoms appeared.

“The three of us have follow-up appointments, including exams, every six months. We also have privileged access to medication and I receive financial help to compensate for my disability,” she says.

Since arriving in the country at the end of 2014, Carolina has been trying to create a new life for herself, and has made some progress.

“Now I shake a lot less, the ring around my eyes disappeared and I’m fully autonomous again”, she celebrates.

“It was eight years in the process of accepting my difference: sick, strange, half Colombian, unemployed and now 40 years old. Difficult. I tried several work projects, but no progress. I tried several relationships and life as a couple, but I didn’t got it right.”

Carolina says it is still “in construction mode”. She is doing a new master’s degree (since she was never able to defend her dissertation in Colombia), has a new love, changed the project of having children for having cats and moved to a city near the sea.

“Paris is very difficult to live in when you are vulnerable,” she explains, who understands how privileged her trajectory is compared to other people who suffer from the disease and depend on public health.

“The outcome of my story is a rarity. Having a diagnosis, treatment and follow-up is far from being the norm for anyone living in Latin American countries. In Colombia I was lucky: Wilson’s disease appears on the Ministry of Protection’s list of rare diseases Social, thanks to the efforts of the Colombian Federation of Rare Diseases (Fecoer)”, she says.

One of the drugs is also covered by the public health system in Colombia.

“The problem in this case is that people are diagnosed in time, so it is difficult to get statistics on the number of cases, although since 2020 there has been progress thanks to a team from the University of Antioquia,” she says.

In Brazil, since 2018, there has been a new protocol for the care of patients with Wilson’s disease in the SUS (Sistema Único de Saúde).

The protocol establishes that 4 types of drugs that can be used to treat the disease must be available to patients through the public network. The use must be indicated by the doctor taking into account the risks and benefits of the treatment.

Although exams such as magnetic resonance and tomography usually have long queues to be performed by the SUS, the diagnosis can also be made with clinical exams (done by the doctor himself) and laboratory tests (such as blood and urine tests).

If the person is unable to work because of illness, he or she may be entitled to social security leave or even retirement, depending on the case. You need to ask for the benefit and wait for the INSS’s response.

Carolina says that if she had not been able to consult a specialist who knew about the disease, it is very likely that she would have died and my family would still be looking for answers.

“I am aware of my privilege and I have my activist side, so since I arrived in France I volunteered at Wilson’s patient association and now I am the president”, says Carolina, who says that it is the support network that keeps it moving.

It is in the project that she can continue to communicate, create bonds, help, empower patients and their families.

“I also advocate that in other parts of the world, including Latin America, rapid diagnosis, access to treatment and quality follow-up are possible,” she says.

For a while, Carolina also managed a Facebook group to connect with Spanish-speaking patients.

“There was a lot of interaction, including several people who contacted me on my personal account, one from Cuba, an association from Costa Rica, another patient from Chile, one from Argentina, two from Colombia,” she says.

According to the journalist, all the stories were of difficulty in accessing medication or a long wait for a liver transplant – the extreme solution in Wilson’s worst cases.

“Three of these patients died while we were in contact,” says Carolina. “The experience that most impressed me was a woman from Peru. Her husband had the disease and died at the beginning of the pandemic. For several months they did not have access to the drug and he died while waiting for a transplant.”

“I followed her via messenger for three days as her husband died, with the sadness of knowing that the happy endings of Wilson patients are rarer than the disease itself.”

She's our PC girl, so anything is up to her. She is also responsible for the videos of Play Crazy Game, as well as giving a leg in the news.
Previous Xiaomi inaugurates Redmi Note 11 line in Brazil; see models and prices
Next 5 reasons why you should ingest live lactobacilli