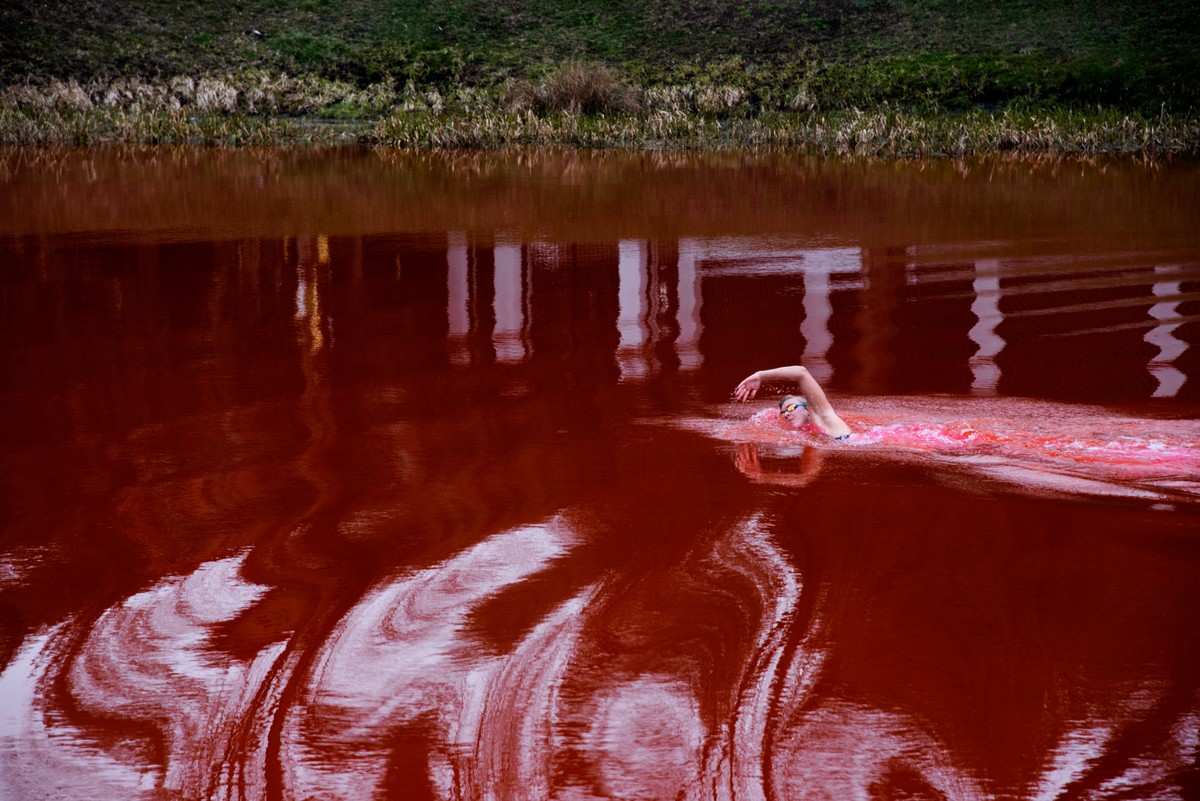 Abhishek Pratap April 8, 2022 News Comments Off on Olympic champion swims in ‘pond of blood’ in protest against war in Ukraine | swimming 9 Views

Olympic champion at the London Games in 2012, Ruta Meilutytè made a protest against the war in Ukraine. The Lithuanian swimmer swam in red-tinged water to simulate a “pond of blood” in front of the Russian embassy in Vilnius, the capital of Lithuania. The performance was supported by local authorities and is part of the “Red-Blood” project, spread around the world in protest against the Russian attack on Ukrainian cities.

In a profile on social networks, Ruta Meilutytè explained the protest against the war in Ukraine. According to her, it is an appeal on behalf of the Ukrainian people, who have suffered the consequences of the Russian attack on the country.

Ruta Meilutytè protests against the war in Ukraine – Photo: Reproduction

– The performance “Swimming Through” is a call to action in support of the Ukrainian people who are facing the genocide committed by Russia. With countries like Germany failing to step up and impose adequate sanctions on the perpetrator, choosing money over people makes it difficult to maintain hope. Therefore, it is crucial that we continue to act, spreading truthful information, volunteering, protesting, donating and pressing our governments to act.

The Olympic champion pointed out that the lagoon was dyed with ecological paint, approved by the authorities and used in scientific tests. Ruta says it is important to keep up the anti-war protests.

In 2012, Ruta stunned the world by becoming an Olympic champion at age 15. Two years later, at the Youth Games in Nanjing, China, she became the first and only female swimmer to date to win Olympic gold before winning the same medal in the contest for young athletes. She, who came to defend Flamengo in the Brazil Trophy, still added world and European titles before retiring at age 22, in 2019, to fight depression.