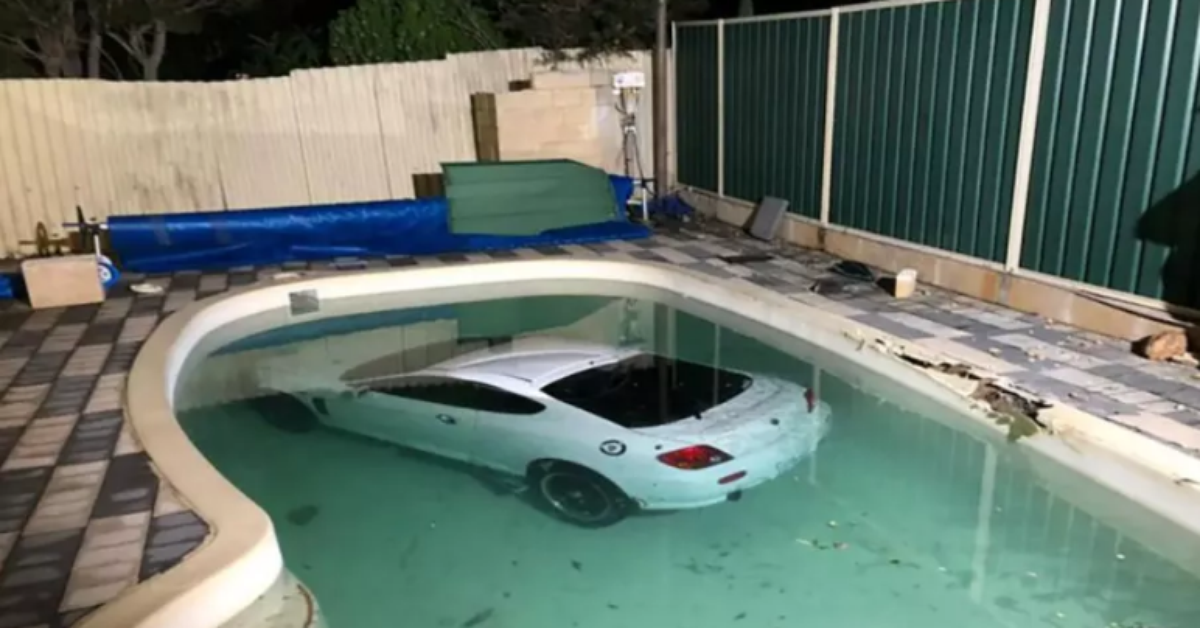 A 25-year-old female driver lost control of her car, crashed into a wall and fell into a house’s swimming pool. The accident happened in Thornie, Australia. The woman was drunk and without a license.

A video posted on social media shows the moment of the accident and the despair of some people trying to save the driver as the car sank. Two men, who jumped into the water, managed to get the woman out of the vehicle.

Despite the scare, the young woman had only minor injuries. The driver of the trailer who was called to remove the vehicle from the pool, Denis Groombridge, claimed that the car’s interior door handles were not working properly, so they had to break the window to get it out.

In an interview with the local news channel 7 Newsthe driver said that she had drunk alcohol and that she was driving at high speed.

MUST WATCH: Incredible CCTV shows the moment a driver plowed through the fence of a Thornlie property, landing in the swimming pool.

The neighbors came to the woman’s rescue, smashing the window of the vehicle open with a brick to pull her out. #9News pic.twitter.com/nFv602IJP5