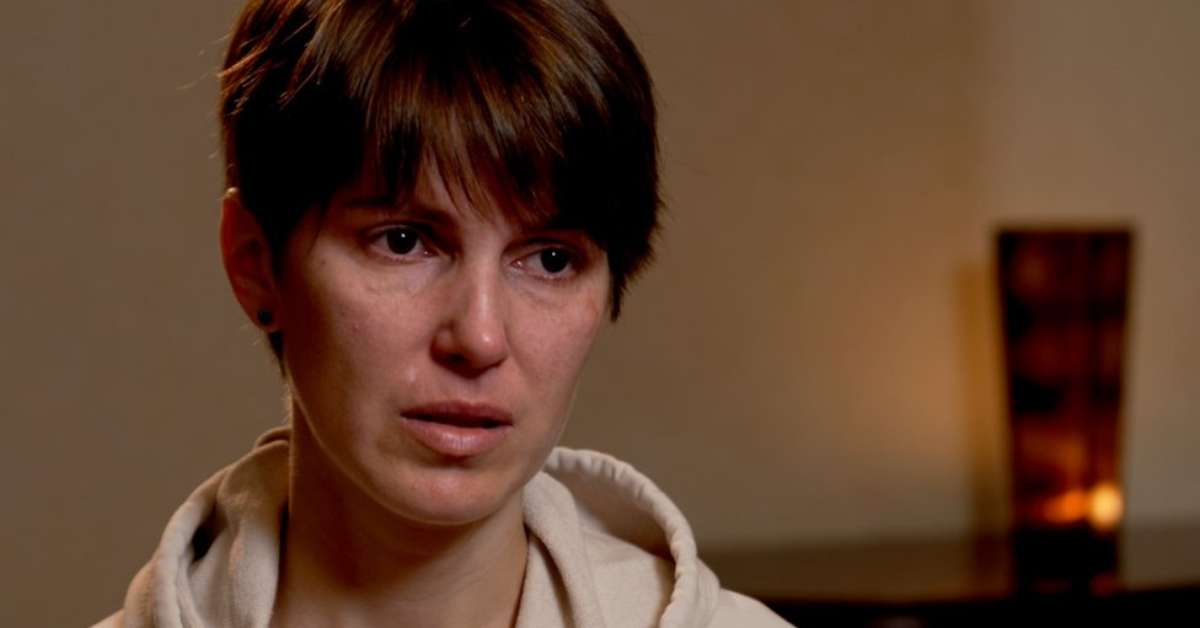 ‘I saw my daughter killed and then I was held captive’, says Ukrainian

Abhishek Pratap April 10, 2022 News Comments Off on ‘I saw my daughter killed and then I was held captive’, says Ukrainian 12 Views

“There was an explosion, or some kind of gunshot. I was deaf. The rear window broke. My husband yelled, ‘Get out of the car’.”

The horror of that day is almost unimaginable.

The report below contains details that may to be disturbing.

Nine days of war in Ukraine, as fighting intensified, Viktoria and her husband Petro decided to flee Chernihiv, in the north of the country. They wanted to keep the kids safe. Twelve-year-old Veronika was Viktoria’s daughter from her first marriage. Another daughter of hers, Varvara, is only one year old.

They took what they needed and left the family home. As they left the outskirts of the city, heading south, near the village of Yahidne, stones in the road blocked their path. Petro stopped, got out and started to get them out of the way.

Seconds later, their car was shot at.

“My oldest daughter, Veronika, started crying because my head had been cut off by a piece of flying glass and I was bleeding,” says Viktoria. As she speaks, she points to a high spot on her left cheek, with a small red scar.

“Veronika started screaming, her hands were shaking, so I tried to calm her down. She got out of the car and I followed her. When I got out, I saw her fall. When I looked, her head was gone.

The car was hit by a Russian shell and caught fire.

“I tried to stay calm, I was holding my little daughter and I needed to get her to a safe place.”

She didn’t see Petro again, but her silence told Viktoria that her husband was also dead.

She ran from the burning car. The next 24 hours were a desperate attempt to stay alive.

Viktoria and her baby, Varvara, found shelter in a parked car, but the shooting resumed. She ran to a small building that had clearly been used by soldiers. Hidden there, her phone turned off to save battery life, she wondered how she would keep herself and her daughter safe.

The next day, they were discovered by Russian troops. They were taken to a school in Yahidne and held captive in the basement.

Mother and baby spent the next 24 days there, in appalling conditions. Viktoria watched people die around her, unable to access the medical care they needed.

The BBC visited the basement and spoke to other people who were held there. They describe bodies lying there, uncollected, for hours, sometimes days.

There were 40 people in the room, says Viktoria, with little room to move or walk. As there was no light, candles and lighters were used. The environment was dusty and hot, and Viktoria says people had trouble breathing. Most of the time, hostages were not allowed to leave or use the bathroom. Instead, they were forced to use buckets.

“The lack of movement made people sick – they would sit on the chairs, they would sleep on the chairs. You could see the veins and they started bleeding, so we bandaged them up,” recalls Viktoria.

It was under these conditions that Viktoria had to mentally process the brutal loss of her husband and eldest daughter. She told me that she remained as calm and determined as possible, focusing all her energy on saving the life of her surviving daughter.

But she asked her Russian captors to bring Petro and Veronika’s bodies to the school so she could bury them.

She sent her ex-husband, Veronika’s father, to the wreckage of the car so he could take pictures of the remains. They are almost unrecognizable as humans.

Almost nothing was left of the burnt-out vehicle: some of Veronika’s clothes, perforated and stained with soot; a small bracelet with a heart-shaped pendant; two license plates, faded by the fierce heat of the flames.

“It was March 12. They called me and said, ‘Let’s go, and you’ll see where they’re going to lie down.’ They were buried in the forest, in two graves, a larger box, a smaller one, and two crosses with plaques.

“We stayed and started covering the boxes with earth, but the bombing started, so we ran away before we finished burying them. It was very scary.”

I ask Viktoria what she would say to people who did this to her family.

“If I were given the possibility to shoot Putin, I would,” she replies. “My hand wouldn’t shake.”

Now Viktoria and Varvara are in the relative safety of Lviv, in western Ukraine. The day before we met, she had her first session with a psychologist. “When I’m with people, when I do something and communicate, I forget what happened. But when I’m alone, I’m lost.”

As she speaks, tears fall.

She shows me a key ring – a kitty with a heart on her chest. It was a gift from Veronika.

With it is a small gold ring, engraved with letters.

“This was from the church, she bought it for me too. It’s an amulet, I feel like it saved me. It was in my pocket. The whole time, she was there protecting me.”

In his participation in the G7 Summit this Monday (27), Argentine President Alberto Fernández wants …