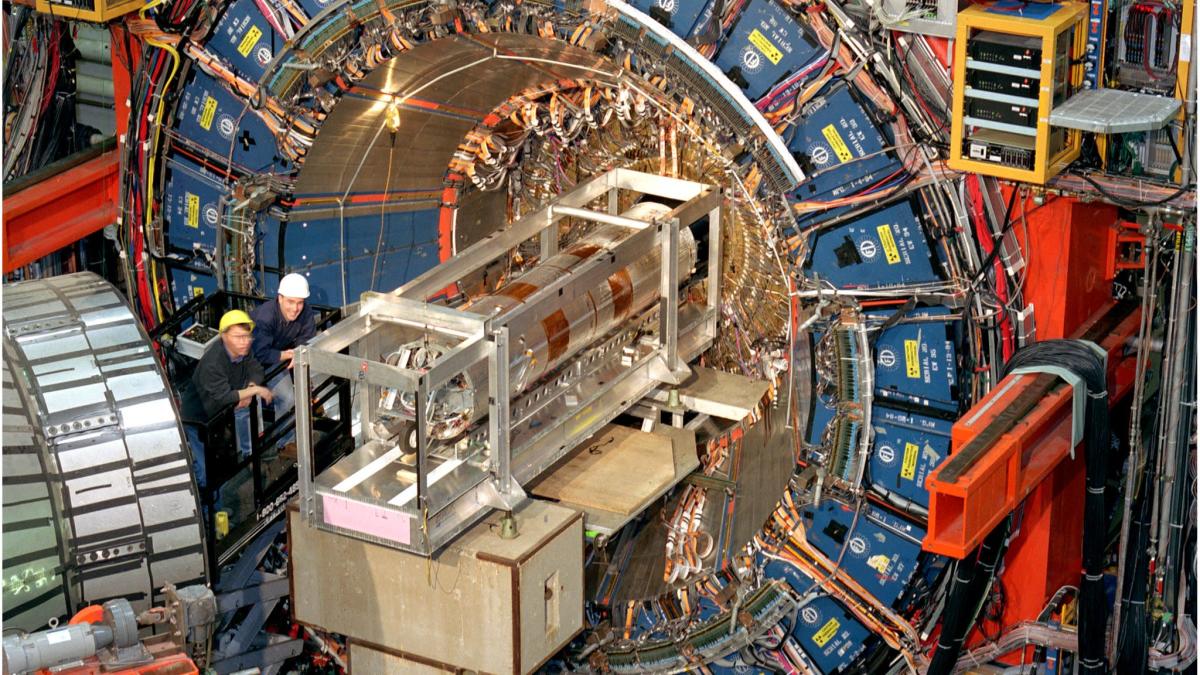 Raju Singh April 10, 2022 Technology Comments Off on The discovery that could trigger ‘the biggest revolution in physics since Einstein’s theories’ 15 Views

Scientists outside Chicago, USA, have discovered that the mass of a subatomic particle is not what it should be – a surprising discovery that could revolutionize physics and our understanding of the Universe.

The measurement is the first conclusive result of an experiment that is at odds with one of the most important and successful theories in modern physics.

The team found that the particle, known as the W boson, has more mass than theories predicted.

The result was described as “shocking” by Professor David Toback, a co-spokesperson for the project.

The discovery could lead to the development of a new and more complete theory of how the Universe works.

“If these results are proven by other experiments, the world will look different,” he tells BBC News. “There has to be a paradigm shift. The hope is that maybe this outcome is what will cause a rupture.”

“The famous astronomer Carl Sagan said that ‘extraordinary claims require extraordinary evidence’. We believe we have it.”

Scientists at the CDF (Fermilab Collider Detector) in the US state of Illinois found only a small difference in the mass of the W boson compared to what theory says it should be — just 0.1% .

But if this is confirmed by other experiments, the implications are enormous. The so-called Standard Model of particle physics has predicted the behavior and properties of subatomic particles without any discrepancy for 50 years. So far.

The other CDF co-spokesperson, Professor Giorgio Chiarelli, from INFN Sezione di Pisa in Italy, tells BBC News that the research team could hardly believe it when they saw the results.

“Nobody was expecting this. We thought maybe we had something wrong.”

But the researchers painstakingly analyzed the results and tried to look for errors. And they found none.

The conclusion, published in the prestigious scientific journal Science, may be linked to clues from other experiments at Fermilab and the Large Hadron Collider on the Swiss-French border. These as-yet-unconfirmed conclusions also suggest deviations from the Standard Model, possibly as a result of an as-yet-undiscovered fifth force of nature at play.

Physicists have known for some time that the theory needs updating. The concept is not able to explain the presence of invisible material in space, called Dark Matter, nor the continuous accelerated expansion of the Universe by a force called Dark Energy. Neither does gravity.

Mitesh Patel, from Imperial College London, UK, who works at the LHC, says he believes that, if the Fermilab result is proven, it could be the first of many new results capable of bringing about the biggest change in our understanding of the Universe. since Einstein’s theories of relativity over a hundred years ago.

“The hope is that these cracks will turn into chasms and eventually we will see some spectacular sign that not only confirms that the Standard Model has fallen apart as a description of nature, but also gives us a new direction to help us understand what we are seeing and what the new theory of physics looks like”.

“If this is true, there must be new particles and new forces to explain how to make this data consistent.”

“This is going to displease some people,” says Professor Ben Allanach, a theoretical physicist at the University of Cambridge in England.

“We need to know what’s going on with the measurement. The fact that we have two other experiments that agree with each other and with the Standard Model and strongly disagree with this experiment worries me.”

All eyes are now on the Large Hadron Collider, which is set to restart its experiments after a three-year renovation. The hope is that these tests will provide the results that will lay the groundwork for a more complete new theory of physics.

“Most scientists are going to be a little cautious,” says Patel.

“We’ve been through similar situations before and we’ve been disappointed, but we all secretly hope it’s really this, and that in our lifetime we can see the kind of transformation we read about in the history books.”

Raju has an exquisite taste. For him, video games are more than entertainment and he likes to discuss forms and art.
Previous Bucha, the city stage of a massacre
Next War-motivated, Finland and Sweden can join NATO | World