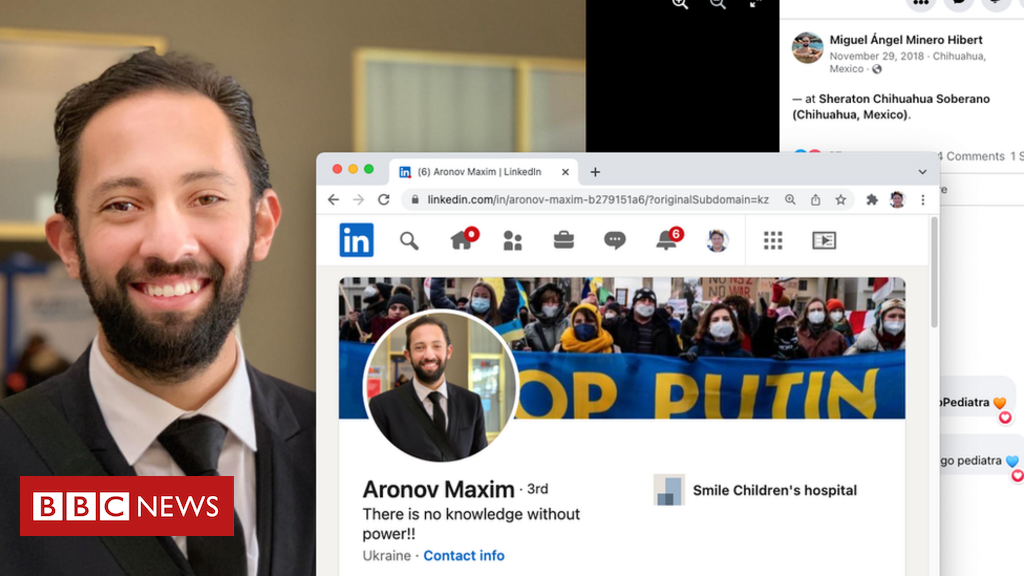 ‘My face was stolen by scammers exploiting war in Ukraine’

Abhishek Pratap April 13, 2022 News Comments Off on ‘My face was stolen by scammers exploiting war in Ukraine’ 17 Views

Ukraine’s request to receive donations in cryptocurrencies, made shortly after the invasion began, gave the scammers new opportunities, experts said.

Fake websites used, for example, the name of Unicef ​​and Save the Children institutions. Some scammers even pretended to be real people in Ukraine seeking help.

With the war affecting the national infrastructure, President Volodymyr Zelensky legalized cryptocurrency in Ukraine. The country’s government said it has so far raised more than $70 million (about R$330 million) in cryptocurrencies alone.

At the same time, experts said the number of fraudulent emails and fake charity websites asking for cryptocurrency donations represents a record volume.

A cybercrime expert said that more than 2.8 million fake emails were identified in a five-day period. All requesting donations in cryptocurrencies.

The BBC found a cryptocurrency account, or wallet, linked to a fake website containing more than $90,000. This wallet had been used in previous scams, making money from crises in the Palestinian Territories and Nigeria.

‘Donations to a friend’

Another fake website, called Save Life Direct, claimed to have raised $100,000 – and was registered by a man who lives in Abuja, Nigeria.

When he was tracked down and contacted by the BBC, he initially claimed he was sending donations to a “friend” in western Ukraine.

He later claimed that he had not raised $100,000. He said he would provide proof that the site was real, but he didn’t – and the next day the address was taken down.

Many of the scams use emotion-laden tricks, including pretending to be real people in Ukraine who need help.

A fake website stole the details of a real organization that raised money for the Ukrainian military. The scammers entered an alternate address, controlled by them, to which the money could be sent.

The criminals even used the real Facebook profiles of genuine Ukrainian fundraisers, including one belonging to Tanya Tarasevich – whose job it is to provide supplies to frontline fighters.

She said she was shocked by the actions. “It’s the worst thing you can do to a person, when in your country children are dying and your country is on fire. It’s a crime.”

Another fraudulent charity email claimed to be from “Aronov Maxim”, director of a children’s hospital in Ukraine. But a reverse lookup of the LinkedIn profile picture mentioned in the email revealed that it actually belonged to another children’s doctor, based in Mexico City.

The real doctor is Miguel Angel Minero Hibert, a pediatrician. He said he was shocked to find that his identity had been stolen by fraudsters.

“I’m disappointed that there are people out there using this for profit and I’m scared because my identity is being used for something illegal,” he said.

Lindsey Novak-Duchaine, from West Virginia, USA, was also the target of a similar crime.

She was raising money for the Ukrainian Red Cross when she realized her Twitter account had been cloned.

The duplicate account asked its followers for money via PayPal. She said the experience was “extremely upsetting”.

“It’s trying to discredit someone who is trying to do their best and makes other people afraid to donate … because they don’t trust it,” he added.

Jack Whittaker, a cyber-fraud expert who is completing a PhD at the University of Surrey in the UK, said the Ukrainian government’s request for cryptocurrency funding presented fraudsters with the opportunity to “start building websites with bitcoin donations linked to this”.

He said it is the “perfect money laundering tool”.

The BBC investigation also found that the Unicef ​​and Save the Children charities’ logos and brands were stolen and used to create fake websites.

Chris Saul of Save the Children said the scammers are taking advantage of “the generosity of the British public”. “There are also children we work with all over the world who won’t get the support they need.”

Unicef’s Dan Walden said his message to the scammers is simple: “You need to stop this. People really need donations to stay alive.”