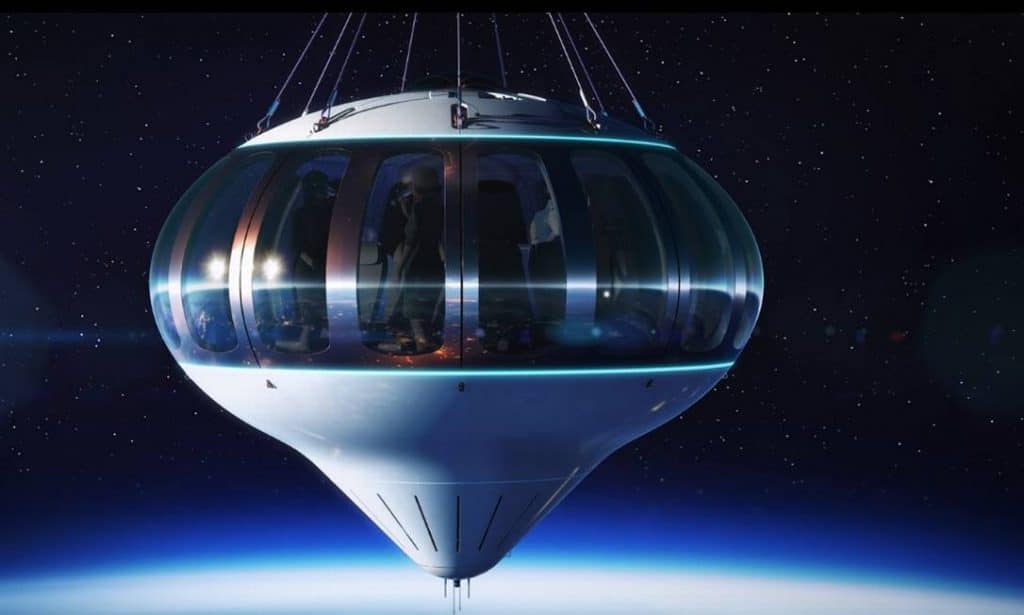 Raju Singh April 14, 2022 Technology Comments Off on See images of a tourist capsule that will be taken by balloon to the Earth’s stratosphere 16 Views

Whether to spend just a few minutes in low Earth orbit or a few days circling the planet, whether to visit the International Space Station (ISS) or, eventually, even set foot on lunar soil, the fact is that the era of space tourism seems to have arrived at once. And those who can afford to live this incredible experience can do that (or almost that) even by balloon!

By NASA, US Federal Aviation Administration (FAA) and US Armed Forces standards, the beginning of outer space begins at 80 km above the surface. The 80km line also has other supporters, including Jonathan McDowell, an astrophysicist and satellite tracker based at the Harvard-Smithsonian Center for Astrophysics, who advocated for its adoption in a 2018 paper.

However, there is a different boundary established in international convention, which is the framework accepted by the International Aeronautical Federation (FAI). This boundary, called the Kármán Line, is at an altitude of 100 km and was defined by the Hungarian-American physicist Theodore von Kármán, using as a parameter the region where the forces of orbital dynamics exceed those of aerodynamics.

In any case, the definition of outer space is not just a philosophical debate. This has real-world financial implications, given that some space tourism companies may sell seats on flights that technically don’t reach space, depending on where that limit actually is (which has already sparked an exchange of barbs between Virgin Galactic – whose flights reach an altitude of 80 km – and Blue Origin, which, in fact, crosses the Kármán Line).

There are also some that promise balloon rides to the stratosphere, which are far from the 100 km that mark the boundary between Earth and space. But, of course, it is still an exciting tour, which offers incredible views and promises to be an unforgettable trip. In this field, we have World View Enterprises and Space Perspective as options – the latter having already carried out a small test flight last year.

According to the company, the ride to the “edge of space”, using a giant balloon that will carry a luxurious pressurized manned capsule called Neptune, with capacity for up to seven passengers, will be available from 2024. $125,000, or approximately R$585 at current exchange rates. According to Space Perspective, 600 tickets have already been sold, and new reservations have already started to be made for flights from 2025.

Even though the flight is not technically space, but “stratospheric”, Space Perspective guarantees fantastic views for its “explorers”, including the curvature of the Earth, as well as passing in and around places of natural beauty and significance. cultural and historical.

The Neptune cabin has recyclable and swivel chairs, Wi-Fi, interactive screens, pantry, bar and a 360° panoramic view in all environments. With 1.5 meter high windows, the capsule is all crafted in dark tones, predominantly in purple, contrasting with the typically white spacecraft of the “competitors”.

“Our mission is to inspire space explorers to connect more closely with our planet and with each other, and the environment in which they travel with us is central to that,” said Jane Poynter, co-founder, CEO and chief experience officer at Space Perspective, stating that Neptune was developed to be the most affordable, sustainable spacecraft — it’s the only carbon neutral option to reach space — and safe on planet Earth.

A typical mission will take off at dawn and take about two hours to reach an altitude of 30 kilometers. The Neptune spacecraft will then travel for two hours at that altitude, and then take another two hours or more to descend towards an ocean dip, after which it will be retrieved by ship. It will certainly be an unforgettable and very popular tour.

Raju has an exquisite taste. For him, video games are more than entertainment and he likes to discuss forms and art.
Previous Ministry calls for removal of Kinder Egg after cases of contamination
Next Free Market at Posto de Monta will have flu vaccination this Wednesday