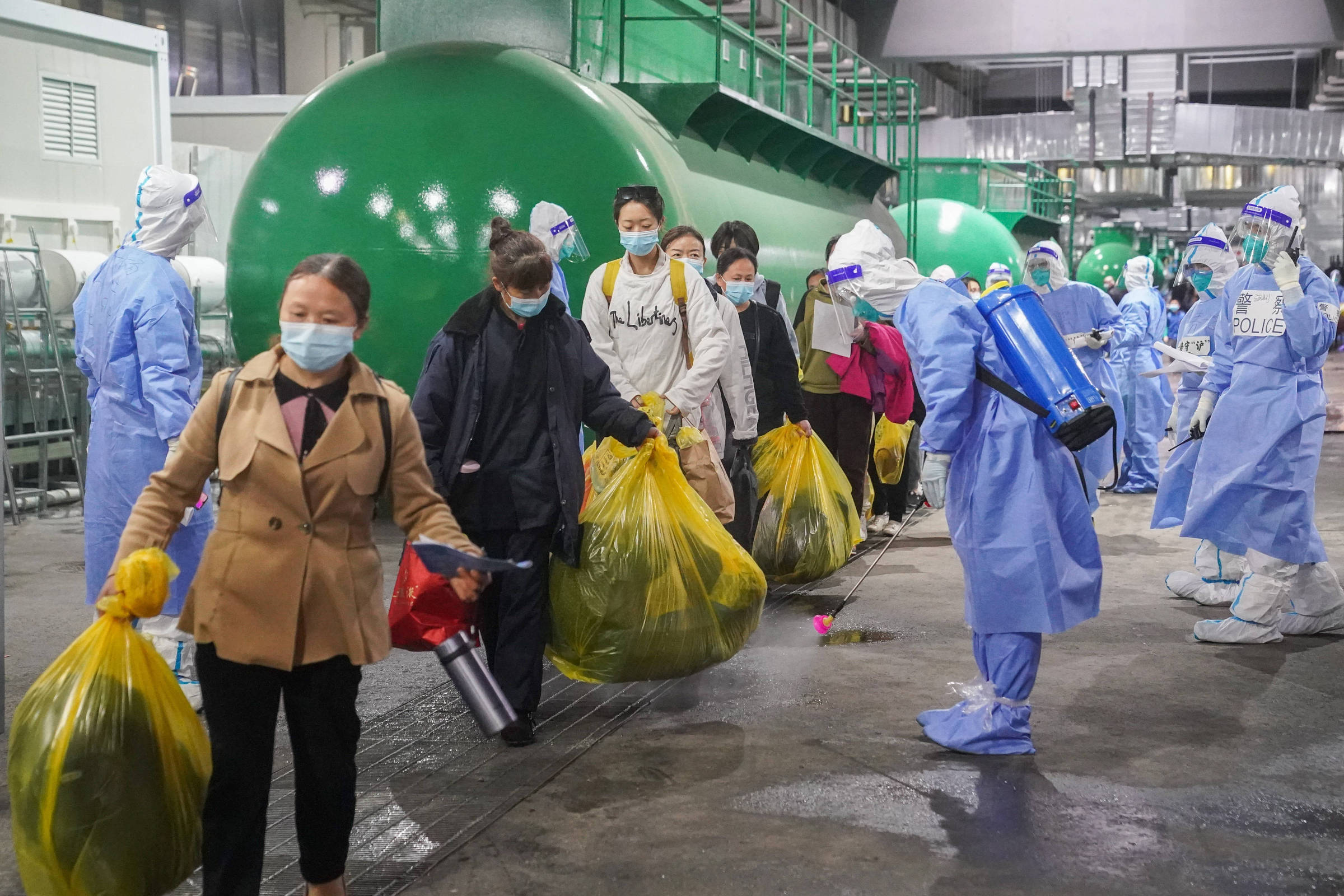 Strict quarantine policies to fight Covid in Shanghai, China’s financial heart and largest city, have sparked an unusual movement on the country’s internet: groups organized to criticize the rules adopted by the local government.

This week, Weibo, a kind of Chinese Twitter, displayed for hours in its most talked about topics the hashtag “Why can’t people infected with Covid-19 quarantine at home?”.

After the campaign was overthrown by the regime, Chinese users adopted another strategy — replacing the word “China” with “United States” to escape censorship. Thus, campaigns criticizing anti-Covid policies in the country took to the most commented subjects again.

The movement draws attention for being able to escape censorship on the hyper-controlled Chinese internet, amid the frustration of the population of Shanghai in the face of the strict lockdown that has taken place since March 28 to control the pandemic in the city – this Thursday alone, there were 27,000 new cases, almost all asymptomatic.

The regime adopted a series of controversial measures to combat the outbreak, the loudest of which was the separation of infected parents and babies, later relaxed. The most recent upheaval is with the conversion of residential condominiums into quarantine centers. Videos posted on Weibo went viral showing residents of a condominium complex in Pudong, the eastern part of the city, reacting to warnings that the buildings would be used as isolation facilities. The footage shows police officers in white protective clothing, masks and face shields violently detaining residents who refused to leave.

The arrival of the omicron variant of the coronavirus has crossed the rigid barriers that Beijing has built over more than two years of the pandemic. Until then, the strategy allowed the country to lead a relatively normal life while the West closed schools and prohibited the opening of businesses.

The fact of keeping the policy restricted, however, while almost the entire planet has already reopened its borders, is what has provoked the revolt of residents. The regime’s fear is that China will go through a movement similar to that of South Korea, which successfully controlled the pandemic until December, but came to record days with more than 600,000 contaminations in March, amid the advance of the omicron.

Another topic that pierced the censorship bubble was the article by a blogger, identified only as Lady Moye, entitled “The patience of the people of Shanghai has reached the limit”, which went viral on WeChat, a kind of local WhatsApp. The text was deleted hours later for violating the platform’s rules.

Also deleted was the account of a writer, Liu Liu, who claimed that a colleague died after not being able to go to a hospital. “This is a tragedy that would not have happened if the city had been functioning normally. Shouldn’t we re-evaluate the situation and make some adjustments?”

The same network blocked a video with a call between a man and a healthcare worker who said he would not be able to bear the situation for long and that he could resign soon. “I have no idea why the authorities can’t properly take care of older people and pregnant women,” the health worker said. “I have no idea why Shanghai is like this.”

Residents also complain about the conditions in the quarantine centers themselves and report a series of cases of disorganization, in which people were isolated in these places days after being contaminated, in some cases even after recovery and a negative test.

The revolt, which has been going on for weeks, has paid off in recent days, with residents being allowed to circulate in certain areas of condominiums after days of screaming through the windows.

On Wednesday (13), the China Center for Disease Control and Prevention even published a guide with guidelines for isolation at home on Wechat, recommending well-ventilated rooms, stock of masks and hand sanitizer, which raised hopes. more relaxation in sight.

But expectations were dashed when, on the same day, the leader of the communist regime, Xi Jinping, stated that “the work of prevention and control cannot relax”. On a visit to the island of Hainan, in the south of the country, he said that the situation of the pandemic around the world “remains very serious” and that the persistence of the population will make the Chinese reach the end of this crisis.

To lessen the impact of the strict rules on the country’s economy, China in the middle of last year adopted what it calls a “dynamic zero Covid policy”, which proposes to close neighborhoods or regions before imposing a lockdown on an entire city – which happened. with Shanghai throughout February and March.

But there are already repercussions on production chains. Quanta, which makes Macbook computers, notified the Taiwan stock exchange on Wednesday that “operations in the Shanghai area have been temporarily suspended in response to Covid prevention measures”. A day earlier, the Taiwanese company Pegatron, which produces iPhones, also announced the temporary suspension of activities in the city.