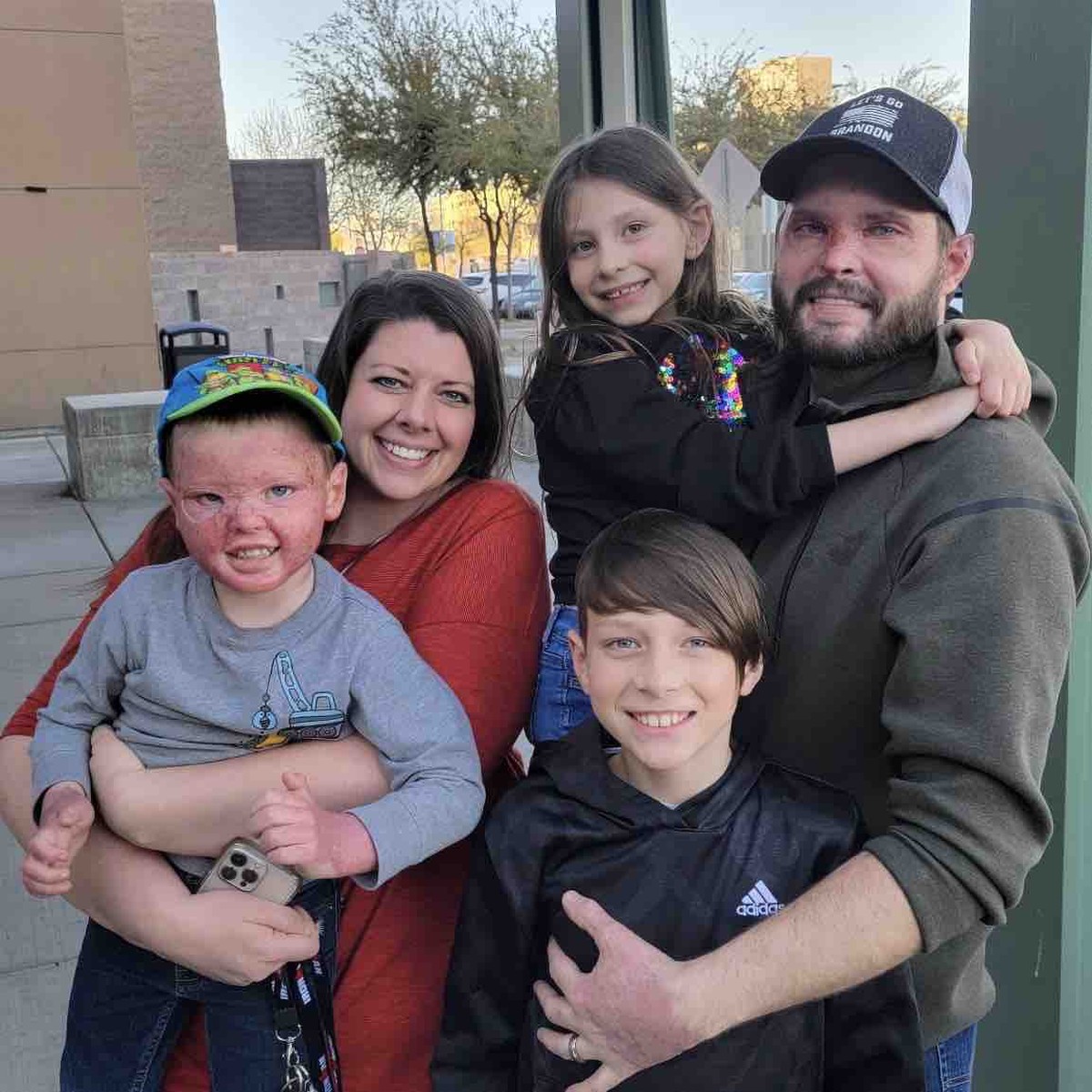 Father risks life to save children from burning US bus | World

Abhishek Pratap April 16, 2022 News Comments Off on Father risks life to save children from burning US bus | World 13 Views

A father from the United States risked his life to save his four children from a burning bus. The vehicle, transformed into a motorhome, served as a home and transport for the family.

A medical report on Wednesday (13) reported that the couple’s eldest daughter, 11 years old, who had 80% of her body burned, would still undergo more surgeries, three months after the incident.

Kyle and Whitney Copeland and their four children were traveling through the city of Veyo, Utah, late last year when an electrical failure started a fire on the family’s bus.

The vehicle was adapted to become a real house on wheels, and at the time of the incident, children were playing inside the bus while their parents were outside.

Bus destroyed after fire in the USA – Photo: Reproduction / GoFundMe

According to reports from friends of the Copeland family, father Kyle was seriously injured as he removed his children. He, an army veteran, was hospitalized with his daughter Pepper, 11, and Krew, 3.

The three were admitted in serious condition. The mother, Whitney, and little ones Kade, 10, and Emree, 6, had only minor injuries and were treated by doctors in the area.

After surgery and treatment at a burn hospital in neighboring Nevada, Kyle and Krew were released and the family is now awaiting the recovery of their eldest daughter.

Pepper, 11, had 80% of her body burned after a family bus fire – Photo: Playback/GoFund/Me

“We’re doing our best to keep her excited and keep her moving,” the Copeland family wrote in a statement.

Friends of the family created an online campaign to help the Copelands get back on their feet and pay for medical expenses.