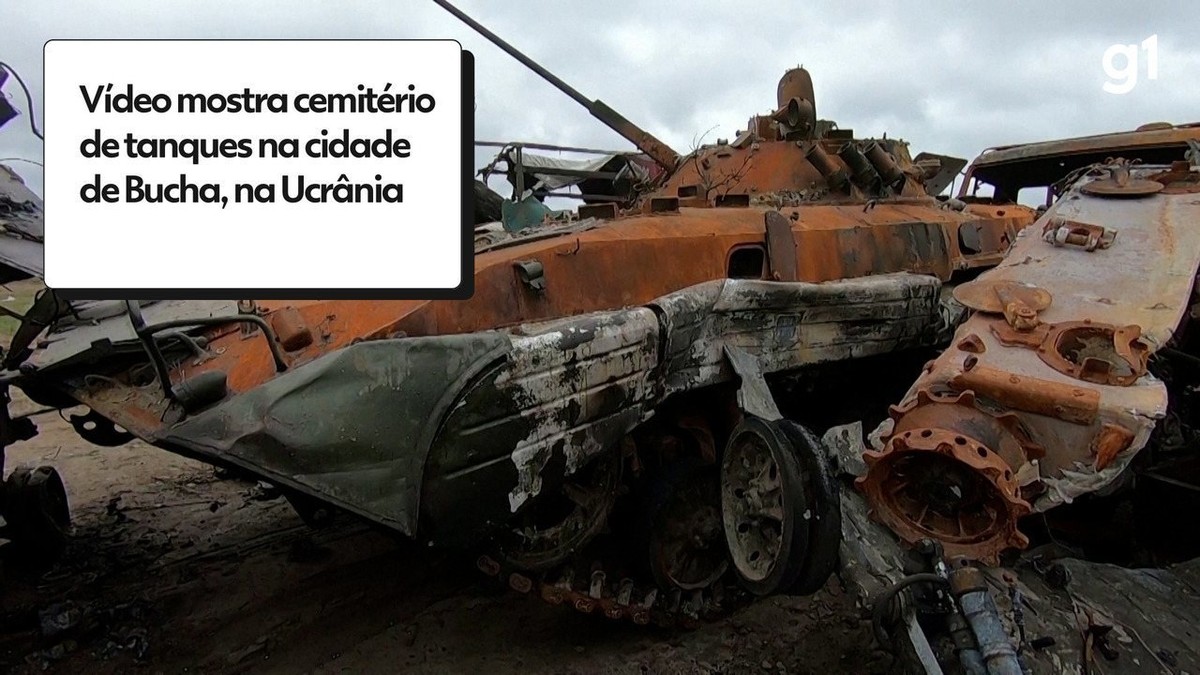 Ukraine estimates that between 2,500 and 3,000 Ukrainian soldiers have died and about 10,000 have been wounded since the start of the war, Ukrainian President Volodymyr Zelensky said in an interview with US broadcaster CNN, which excerpts were released. this Friday (15/04).

Among the wounded, according to Zelensky, it is difficult to know how many will survive. In the interview, he also stated that up to 20,000 Russian soldiers had already died in the conflict. The Ukrainian estimate of Russian casualties is much higher than confirmed by Moscow. Russia recently admitted that it lost around 1,350 soldiers in the war.

In the interview, which is due to air on Sunday, Zelensky also expressed his fear that Russian President Vladimir Putin would resort to the use of nuclear or chemical weapons in the war. “Not just me, but every country in the world should be worried,” he said.

“He can use chemical weapons, because for him our lives are worth nothing. We should not think that we are afraid, but be prepared,” he added.

In his traditional video message to the population, Zelensky said on Friday that Ukraine faces the enormous challenge of rebuilding the reclaimed sites that were destroyed in the Russian offensive. The president also said it is difficult to estimate the number of civilians killed in the conflict, as some regions are under Russian control and there are cities under siege..

In Mariupol, which has been the target of intense bombing and has been under siege for two weeks, local authorities estimate that up to 20,000 civilians have died. According to the UN, no humanitarian aid convoys have been allowed to enter the city, which has almost no more food and medicine supplies and where 100,000 people are said to still be living.

After the attack that sank the Russian missile cruiser Moskva in the Black Sea, Russia intensified bombing in the Kiev region. On Saturday, the Russian Defense Ministry said it had destroyed a military munitions factory.

According to local media, in addition to Kiev, strong explosions in the early hours of Saturday were heard in several regions of the country and also in Lviv. The planes that attacked the city in western Ukraine allegedly departed from an airport in Belarus.

Kiev Mayor Vitaliy Klitschko said rescue teams and first responders had been dispatched to areas hit by the attack in Darnytsia district, where more than 1 million Ukrainians live. He urged the population not to ignore the warning sirens and avoid returning to the capital.

In early April, Russian troops withdrew from the region around the Ukrainian capital, leaving a trail of death and destruction. After the withdrawal, hundreds of Ukrainians who had fled the region began to return to their homes, as the bombing had significantly decreased until the Moskva sank.

The war has already caused the biggest exodus of civilians in Europe since World War II. More than 5 million refugees have fled Ukraine since the Russian invasion began in late February, according to the UN.

Food maven. Unapologetic travel fanatic. MCU's fan. Infuriatingly humble creator. Award-winning pop culture ninja.
Previous Animal health plan: what is it, how does it work and how much does it cost? – Animal Life
Next Fake doctor: Wanted money to study in Argentina – 04/15/2022 – Daily life