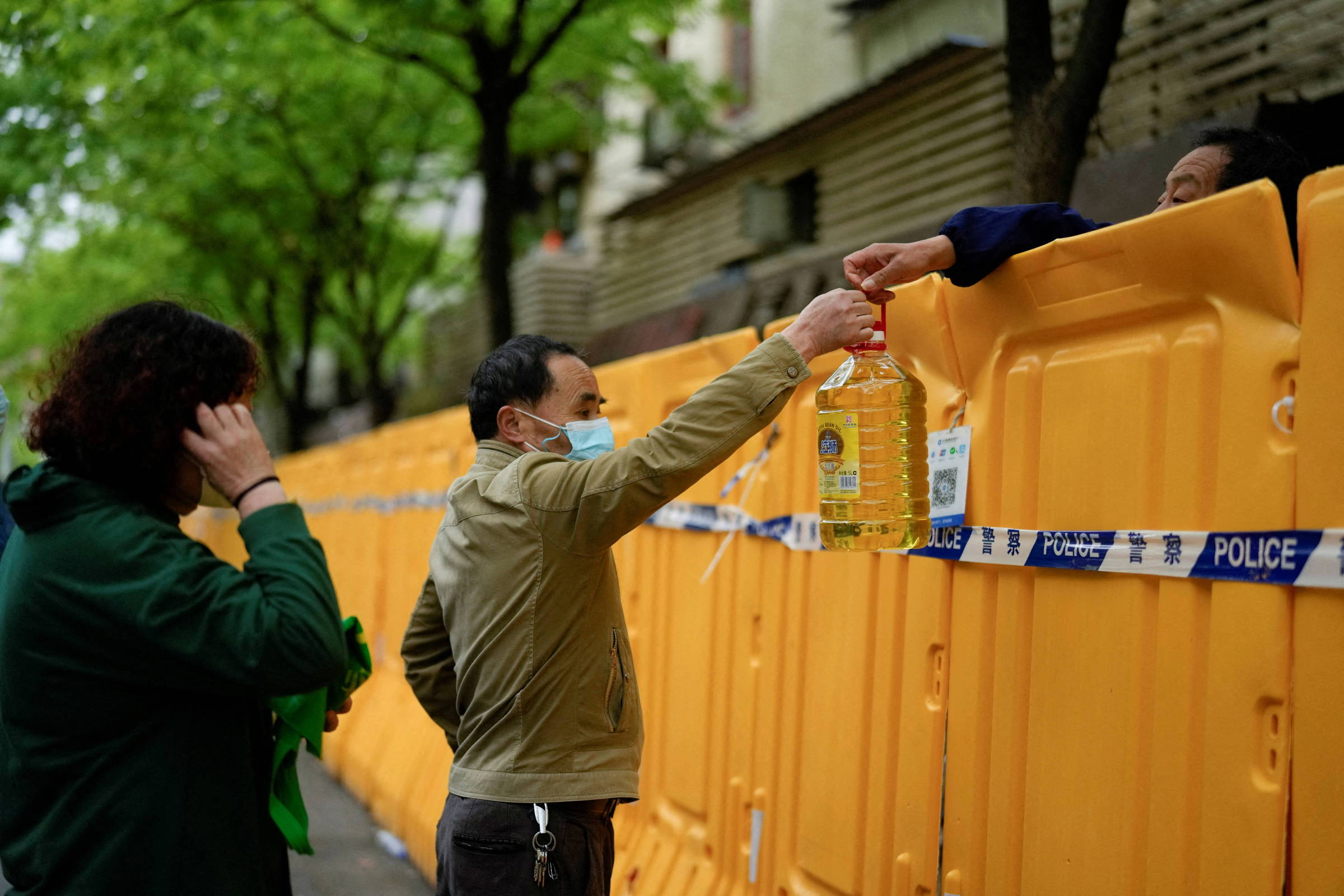 This is the edition of the China, middle land newsletter. Do you want to receive it every Friday in your email? Sign up below.

With the lockdown started at the end of March to contain the worst outbreak of Covid-19 in China since Wuhan, the local government is struggling to replenish food stocks, and the population complains about the erratic decisions of the authorities.

Prevented from going out to the streets even to buy food, Shanghainese are looking for ways to voice their irritation.

Viral on Weibo (a kind of Chinese Twitter) a video showing shouts and slogans against quarantine. The narrator comments that the people were reaching a point of “life or death”.

On Douyin, the local version of TikTok, one of the most popular videos in recent weeks is the playback of a call to the police. In the recording, a man tells officers he is purposefully breaking quarantine at that moment and asks to be arrested.

He then asks, “Do you have anything to eat in prison?”, to which the policeman replies, “We’re going to arrest you and send you back home. We don’t even know where we can buy food.”

An excerpt from the call in which the man says he understands “why armed revolutions overthrow governments when citizens starve” was later censored.

Censorship, by the way, has been increasingly applied to networks as the blockade progresses. Weibo has banned topics about Shanghai.

On Thursday (14), for example, the platform listed the following topics as the most accessed topics:

As anti-government posts were disappearing from the first topic, an avalanche of comments about the confinement invaded the second overnight.

After accumulating nearly two million comments, the page is gone. Netizens didn’t miss the chance to joke again: “US took down this hashtag so quickly… No wonder they are so good at cyber warfare,” wrote one user sarcastically.

why it matters: the Chinese recognize the work of the Communist Party in eradicating poverty, but they also remember the Great Leap Forward, the industrialization policy implemented by Mao Zedong between 1958 and 1962 responsible for starving more than 30 million people.

When it subjects the 26 million people of the country’s richest city to a lockdown that is effectively preventing people from eating, the central government makes a dangerous gamble.

The aim is to get infections under control and restore stability, but the numbers so far are not encouraging, and Shanghai residents do not seem willing to tolerate the lockdown much longer.

China reacted to what it called “coercion” by the US. The Asian country said it had made “considerable efforts to de-escalate and defuse the crisis” in Ukraine and would not respond to “any pressure or coercion” regarding its relationship with Russia.

This was the message given by the spokesman of the Ministry of Foreign Affairs, Zhao Lijian, on Thursday (14), when commenting on statements by US Treasury Secretary Janet Yellen. The American called on Beijing for its support for Moscow in the Russian invasion of Ukraine and said that “the time to choose” which side the Chinese are on is approaching.

“China is playing a constructive role,” said Zhao, who echoed the Chinese government’s official stance. “Ukraine’s sovereignty and security must be preserved, and Russia’s legitimate security concerns must also be respected.”

By 3 votes to 2, New Zealand agreed to send a South Korean national wanted in the country for murdering a prostitute in 2009 to China.

Kyung Yup Kim was arrested in 2011 at the request of Beijing. He is accused of having, in 2009, beaten and strangled a prostitute in Shanghai. The case had huge backlash, and Chinese authorities have been fighting for his extradition ever since.

Without an extradition agreement with New Zealand, the Chinese made a special request to the country. Beijing said the accused will get a fair trial. He was allowed to receive visitors once every 48 hours.

Civil rights groups said they feared the case would set precedents for other countries to accept Chinese diplomatic guarantees and extradite non-Chinese nationals.

China’s Center for Disease Control and Prevention has published a series of instructions for home quarantines to be authorized by local communities. Among the rules, the agency said it will require the house to have a separate bathroom and bedroom so that people infected by the coronavirus do not share the facilities with other family members.

Health officials also said that an assessment by health institutions must be conducted on site before a person with Covid is granted authorization for isolation at home.

why it matters: the news cheered up those who feared being taken to the dreaded quarantine centers, known for their overcrowding and poor structural conditions (most do not have showers or partitions between rooms, for example).

With the recent overcrowding of facilities for asymptomatic patients and patients with mild cases of Covid, it is quite likely that these new measures will only establish the legal framework to keep people in home quarantine until a vacancy is released and the infected person is transferred.