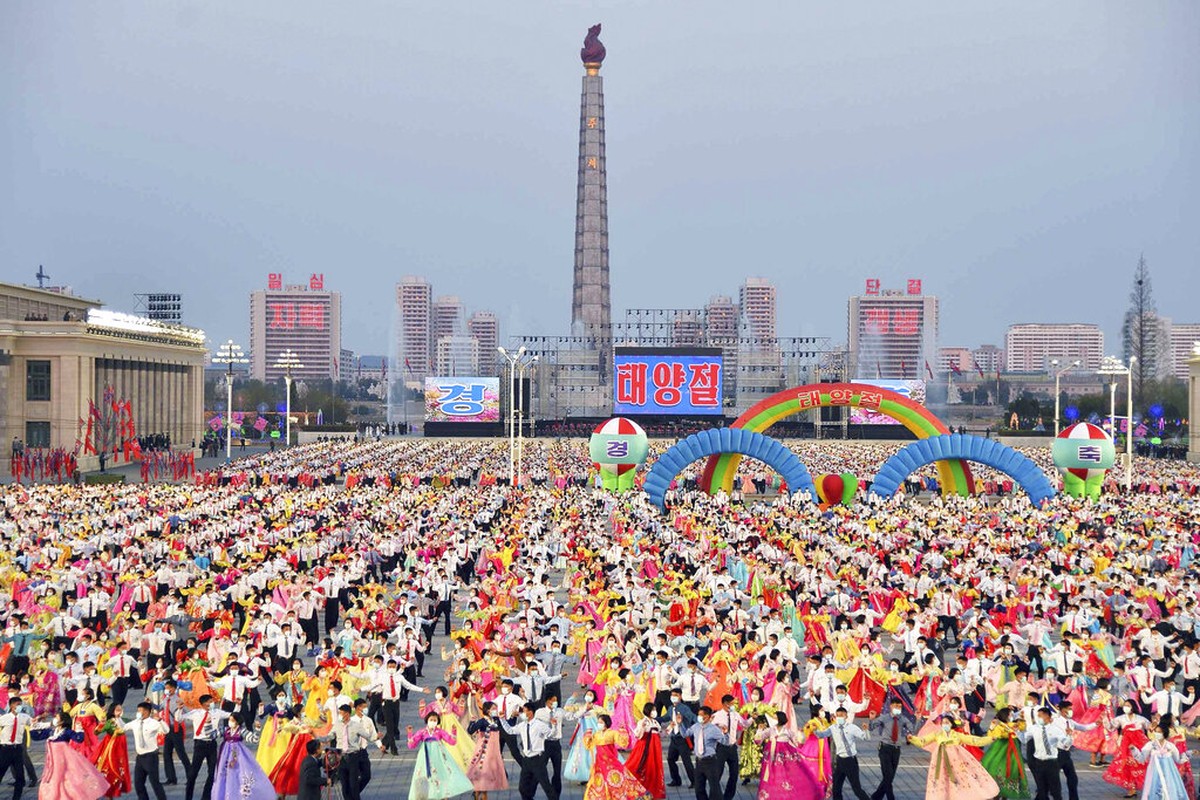 North Korea celebrated its most important national holiday on Friday, with a mass event marking the 110th anniversary of the birth of its founding leader Kim Il Sung, who died in 1994. festivities, there was no show of military might.

State television showed images of thousands of people dancing in Pyongyang’s central square – with the men wearing white shirts, black pants and ties and the women in the country’s traditional colorful attire. Everyone wore protective masks against the coronavirus.

A great fireworks display ended the holiday, known as “Day of the Sun”. It was unclear whether Kim Jong Un, the current Supreme Leader and grandson of Kim Il Sung, was present.

The bodies of Kim Il Sung and his son Kim Jong Il, who died in 2011, are embalmed in a Pyongyang mausoleum as part of the personality cult surrounding the dynasty. Kim Il Sung’s birthdays are celebrated regularly.

On Friday, residents of Pyongyang bowed and placed bouquets of flowers near the bronze statues of Kim Il Sung and Kim Jong Il.

South Korean observers had predicted the celebrations would be marked by more missile tests or a nuclear test, in a show of the country’s military might. However, there were no signs of weapons testing or a large military parade.

It is now speculated that Pyongyang’s main military parade will be held this year on April 25, the anniversary of the founding of the North Korean army.

“As the two birthdays are only 10 days apart, it seems a little difficult to hold a parade on both occasions,” said Yang Moo-jin, a professor at the University of North Korean Studies in Seoul.

Citizens visit a festival of lights in celebration of the 110th birth anniversary of North Korea’s founder Kim Il Sung on April 15, 2022.

On previous anniversaries, Pyongyang broadcast images of military parades on state TV many hours after the events took place, and did not flag them in advance in official newspapers.

In late March, North Korea tested what is believed to be its biggest test of an intercontinental ballistic missile (ICBM) and the first involving such a powerful weapon since 2017, the governments of Japan and the United States said. South Korea. The test defies UN resolutions, which ban such weapons. The country is subject to severe sanctions because of its nuclear weapons program.

The late March launch was at least the 11th missile test North Korea has conducted this year – an unprecedented frequency – and marks the end of a self-imposed moratorium on long-range and nuclear tests.