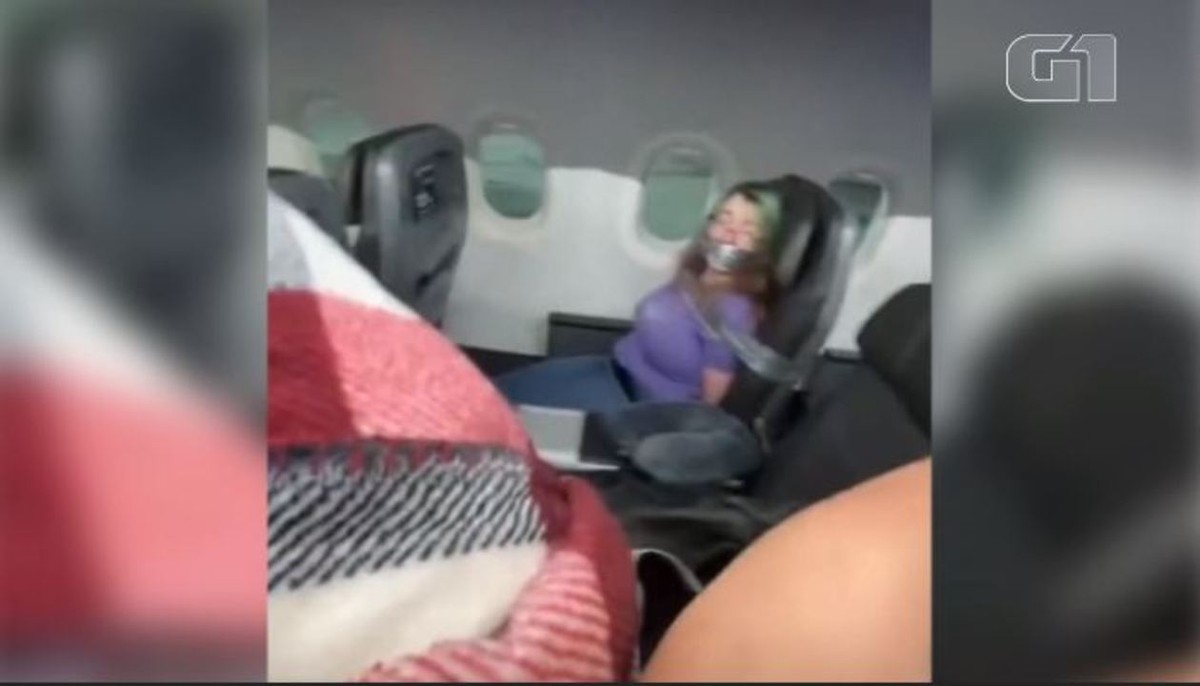 A passenger who was taped to a plane seat with duct tape for biting a flight attendant last year received the biggest fine in history, the US Federal Aviation Agency (FAA) said on Friday.

The woman, who has not been identified, tried to open the aircraft door during a flight between Dallas and Charlotte and reacted with bites and spitting when a flight attendant tried to restrain her. An FAA decision will make it pay US$81,950 (approximately R$385,000).

But even after paying the fine, she could still face criminal prosecution, the US civil aviation authority said.

A woman who caused “security threats” on a flight between Dallas and Charlotte was restrained and restricted to her seat with duct tape last week. In a video recorded by another passenger, it is possible to see her still tied to the seat. See the VIDEO above.

According to a statement from American Airlines at the time, the woman tried to open a door on the aircraft, and then injured a flight attendant, whom she attacked with bites and spitting.

The incident happened on Flight 1774, which departed Dallas, Texas, bound for Charlotte, North Carolina on July 6, with 190 passengers on board.

“For the safety of other customers and our crew, she was detained until the flight landed and could be attended to by law enforcement and emergency personnel,” the statement said.

According to the passenger who posted the video, the cabin lights were turned on at around 1:30 am, and there was an unusual movement of the flight attendants, who ran to the place where the woman, apparently during a nervous breakdown, was trying to open the door. – which, according to American Airlines, would be impossible.

Witnesses say she said she wanted to get off the plane and that the flight attendants had to let her out, while knocking on doors. After landing, the woman was taken to a hospital for an evaluation.