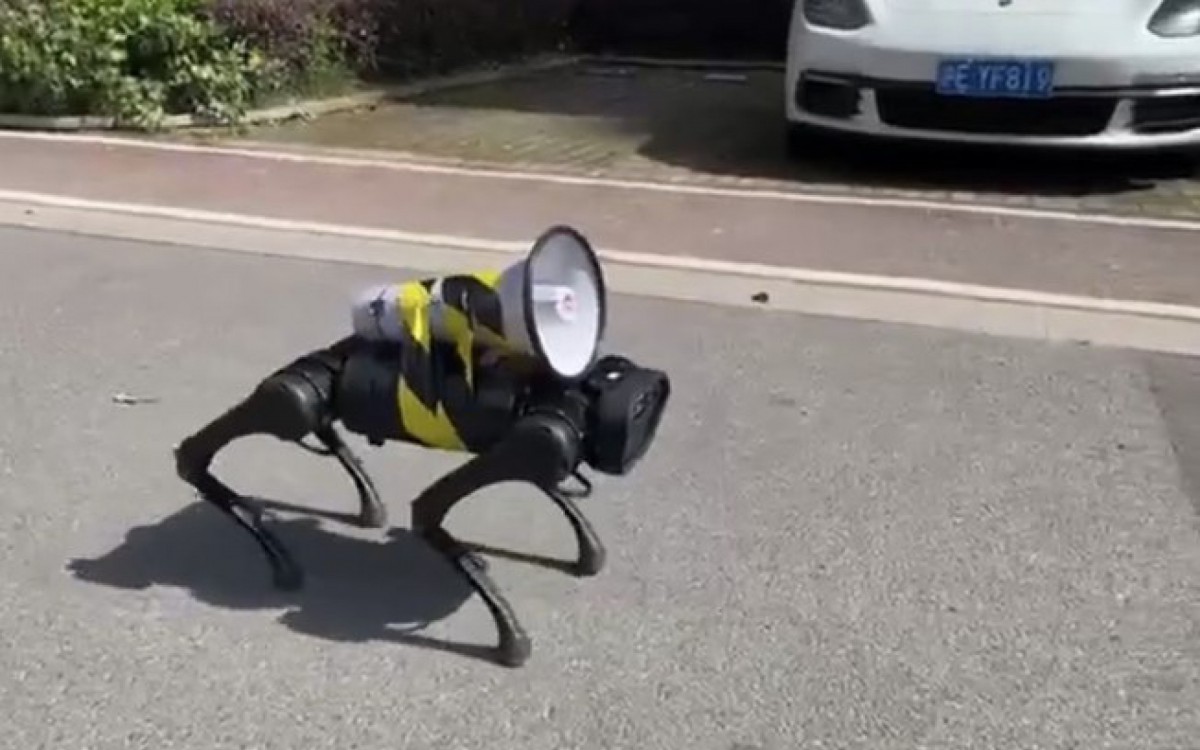 Machine dog walks the streets of Shanghai, China, advising residents on precautions to combat the transmission of Covid-19 – Reproduction Internet

Machine dog walks the streets of Shanghai, China, advising residents on care to combat the transmission of Covid-19Internet reproduction

China will impose restrictions for four days in Xi’an (north) from Saturday, as Shanghai residents clash with police over tough confinement measures in the city.

Xi’an announced the measures unexpectedly on Friday after detecting positive cases of covid-19. The 13 million inhabitants of the former Chinese imperial capital, which already suffered confinement in December, were ordered not to leave their homes and limit their movements.

Companies will be able to continue their activity but giving priority to teleworking. Public places will also be closed and restaurants will not be able to receive customers except for food delivery.

The inhabitants of Shanghai, the Chinese city affected by an outbreak of covid-19, faced the police who asked them to give up their apartments to isolate infected people, according to videos on social networks that show unusual resistance against the authorities.

Shanghai, a city of 25 million people and one of China’s economic engines, is at the center of a new outbreak of covid-19 that defies the strict “zero covid” policy promoted by the authorities.

Almost the entire population has been confined since the beginning of April and many complain about the lack of food and the excessive zeal of the authorities in enforcing the quarantines.

Authorities isolate people who test positive, even if they are asymptomatic, by placing them in quarantine centers. However, with more than 20,000 new cases a day in recent days, systematic isolation is complicated.

On Thursday night, several videos circulating on social media showed residents outside their homes shouting at police officers wearing protective clothing with the word “police” on it.

In one of the videos, police apparently make several arrests as residents accuse security forces of “beating people”.

The incident took place when authorities ordered 39 people to make their homes available “in response to the needs of epidemic prevention and control” and to house patients infected with the virus in their apartments, according to the promoting group.

In a video released live by WeChat and retrieved by AFP, a woman sobbing declares: “The Zhangjiang group wants to turn our residential complex into a quarantine place and put people who test positive for the coronavirus there.”

The group claims to have offered compensation to the residents and relocated them to another wing of the same complex.

Unsurprisingly, much of the online video of the incident was removed by censors, but it was still circulating among social media users as of Friday, according to AFP.

Shanghai residents seem increasingly desperate with the difficulties of accessing food and the forced isolation of people who test positive in quarantine centers, where comfort and hygiene are precarious.

The Ministry of Health reported 24,000 new positive cases in China on Friday, of which 23,000 were detected in Shanghai. These are very high numbers for the Asian country, which applies a very rigid strategy against covid.