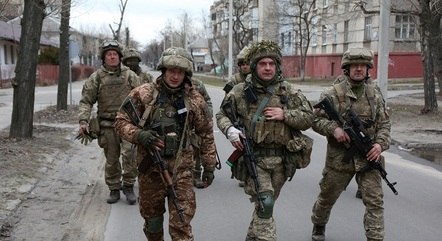 More than 1,000 Ukrainian soldiers captured by Russian troops during the military campaign in Ukraine are in Russia, the chairman of the Russian Instruction Committee, Aleksandr Bastrikin, said on Friday.

“Work continues with the (Ukrainian) military who surrendered. More than a thousand of them are on Russian territory. The vast majority of them have been questioned by investigators,” Bastrikin said, according to the official Tass news agency.

Bastrikin added that investigators had identified 15 other commanders of the Ukrainian Armed Forces accused by Russia of “genocide of civilians in Donbas” in eastern Ukraine. In addition, he assured that Moscow has information about arms deliveries to Ukraine from 25 countries, including 21 from NATO.

In turn, Russian Senator Andrey Klimov declared that among the prisoners captured in Ukraine there are soldiers from the countries of the Atlantic Alliance. “We will make it public and there will be trials”, guaranteed the senator.

Ukraine announced on Thursday (14) a new prisoner exchange with Russia, through which 30 Ukrainian citizens were freed, between military and civilians. The group consisted of 17 soldiers, five officers and eight civilians, according to Ukrainian Deputy Prime Minister Iryna Vereshchuk.

Vereshchuk reported earlier this month that Ukraine had around 500 Russian prisoners on its territory, who had been captured since the invasion began on February 24. The first exchange agreed with Russia took place on March 24, when ten Ukrainian soldiers were exchanged for another ten members of the Russian Armed Forces.