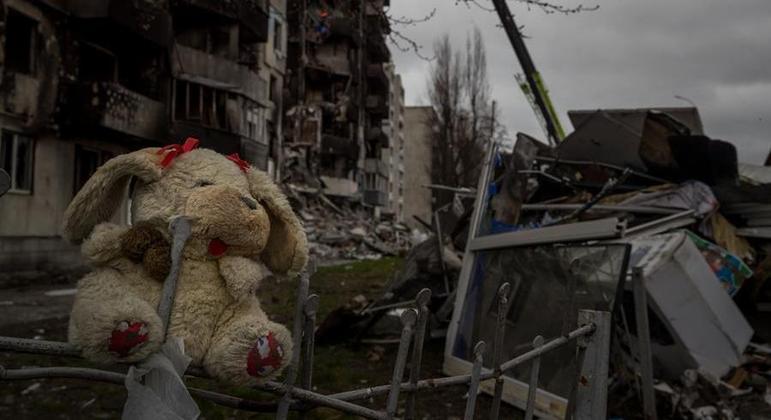 The authorities of Ukraine already identified 900 civilians killed during the Russian occupation in the Kiev region, of which 350 in the city of bushingsaid the head of the local police, Andriy Nebytov, on Friday.

“Today we reached the figure of 900 civilians killed. I emphasize that these are civilians whose bodies we found and handed over for forensic examination, for detailed examination. All these people died at the hands of the Russian army,” Nebytov told a news conference in the Ukrainian capital, according to the agency. Ukrinform.

“The largest number of victims was found in Bucha, more than 350 bodies,” he detailed, adding that “a significantly smaller number” of victims were discovered in the districts of Vyshgorod and Brovary.


Nebytov also stated that the work to remove the rubble in Makariv and Borodianka continues, which is why he stressed that the death toll could be higher.

“We are sure that there are still bodies under the rubble,” he lamented.

Regarding Bucha, he clarified that two mass graves were found in the city. According to the police chief, a man who worked in public services before the invasion stayed in the city and asked Russian soldiers to allow him to remove the bodies from the streets.


“He buried them in two graves. In the first, there were 40 people and in the second, 57. And we have already recovered 40 bodies. I want to remind you that one of our police officers was there. He was a criminal investigation officer and was also shot by small arms,” ​​he declared.

According to Nebytov, most of the bodies were analyzed by the police, who found that 95% of the people were shot by sniper rifles or small arms.