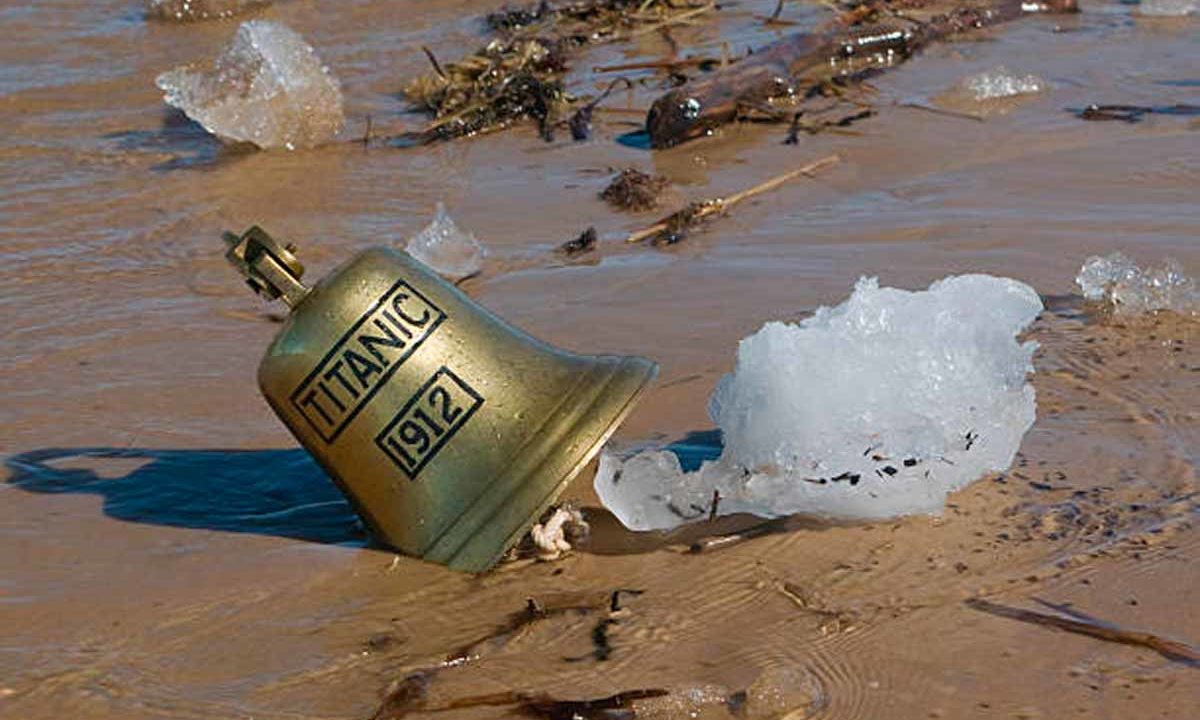 10 facts about the Titanic that few people know

Abhishek Pratap April 17, 2022 News Comments Off on 10 facts about the Titanic that few people know 17 Views

That the ocean liner’s maiden voyage 110 years ago ended in tragedy is no secret. But only a few know that the crew did not have binoculars and that a traveler was saved because he was drunk. RMS Titanic it was supposed to be a triumph of engineering.

built in Belfast, the ship was the largest in the world at the time. In 1912, the luxury liner sailed on her maiden voyage from Southampton, England, to New York. People lined up to reserve seats on board.

First-class ticket prices varied, with the cheapest costing £30, the equivalent of around €4,000 at current rates. Many of the guests could certainly afford it – among the wealthy guests was property magnate and hotel owner John Jacob Astor, one of the richest men in the world at the time, as well as businessman Benjamin Guggenheim and his mistress. They all wanted to make history as the first passengers on the Titanic. Others saw the crossing as a chance to find a better life in the United States.

Fact is that the Titanic would never reach its final destination. On the night of April 14, 1912, exactly 110 years ago, the vessel hit an iceberg, and the maiden voyage ended in disaster. Many myths and legends circulate around the accident to this day. Here are ten facts about the Titanic you probably didn’t know.

On the fateful night of April 14, sailor Frederick Fleet was on guard duty. He was an experienced sailor who had been sailing since he was 12 years old. It is said that he was very cold in the cockpit that night, when Fleet saw a dark mass in the water – the first sighting of the iceberg – and reported the danger to his superiors. The first officer responded promptly, but it was too late.

Fleet survived the disaster and later declared that he had no binoculars. The binoculars were in a locked cabinet, and the keys had been left with an officer not aboard the ship. Part of the crew had been replaced shortly before the first crossing of the Atlantic, and this officer was among those replaced. He must have forgotten to leave the key on the ship.

As soon as the Titanic hit the iceberg and it became clear that the ship was going to sink, chaos reigned, and the air was filled with fear and the screams of passengers rushing to board the lifeboats. The musicians on the ocean liner, however, decided to play on deck. For more than two hours after the collision, the band was still trying to calm the frightened people on board. All eight musicians lost their lives in the accident. This touching gesture by the band can be seen in director James Cameron’s 1997 film Titanic.

None of the Titanic’s engineers survived. Captain Edward John Smith is said to have encouraged his crew with the words, “Be British, boys, be British.”

Other men, including first-class men, also preferred to die with honor. Entrepreneur Benjamin Guggenheim reportedly said: “We dress our best and are prepared to fall like gentlemen.” Real estate mogul John Jacob Astor is also reported to have said wryly: “I asked for ice, but now it’s ridiculous.” He helped a young immigrant girl and child into a lifeboat.

Of the approximately 2,240 passengers, only 700 survived the disaster.

The sea that night had a temperature of around zero degrees Celsius, a temperature at which a person could normally only survive for a maximum of 15 minutes.

Charles Joughin, the chief baker of the Titanic, is one of the most famous survivors of the disaster. Although he was chosen as captain of one of the lifeboats, he decided to give up his place as there were already sailors in the lifeboat to steer it.

Joughin went down with the ship, but he drank so much alcohol before he could no longer feel the chill of the water in which he floated. After spending two hours swimming, he was pulled into an overturned lifeboat and was eventually rescued by a rescue ship.

5. Love on the Titanic

Rose and Jack’s love story featured in James Cameron’s Titanic is pure fiction. But there were lovers on the Titanic who came to a tragic end.

An example is that of the co-owner of the American department store Macy’s and his wife: Isidor and Ida Straus. They had wintered in Europe and were heading back to New York. They were both offered a seat on a lifeboat, but Isidor declined – as long as children and women were still on the ship, he did not want to board.

His wife, Ida, for her part, did not want to be rescued without her husband and reportedly said: “I will not be separated from my husband. As we live, we will also die together.” Several plaques commemorate the couple who chose to share the death, including one at Macy’s department store in New York.

6. Why were there not enough lifeboats?

The ship was to have 32 lifeboats, and although the number was in the initial designer’s plans, the shipping company was convinced that the ship was safe and that having more lifeboats would needlessly take up deck space. On a ship like this, comfort was of the utmost importance.

In fact, the company did not violate any safety laws, because according to the regulations at the time, the number of boats was based on the weight of the ship, not the number of passengers. It was a fatal calculation. With the 16 lifeboats and four collapsible rafts on board, only 700 people could be rescued.

Perhaps before naming the steamship Titanic, the White Star Line shipping company should have read Morgan Robertson’s Futility or Wreck of the Titan, published in 1898.

The novel tells the story of a large and luxurious ship called the Titan, which crashed into an iceberg while sailing between the United States and England – just like the Titanic in real life.

8. The long search for the sunken ship

Many individuals set out to look for the sunken Titanic, but it was not until 73 years after the disaster, in 1985, that underwater archaeologist Robert Ballard was able to locate the wreck in the North Atlantic and photograph it for the first time. He financed this venture by agreeing to search for the remains of two submarines sunk on a secret US Navy mission. He was then authorized for 12 days to use Navy equipment to find the Titanic.

At a depth of 3,800 meters, in eternal darkness, he found the wreckage of the former luxury liner. The discovery came just in time, as the microbes had already settled on the ship and began to decompose the Titanic piece by piece, until it eventually turned to dust. Scientists suspect that the wreckage will disappear by 2030. However, the legend will surely remain.

The best-known film adaptation of the Titanic story is probably James Cameron’s 1997 box office success. The film grossed $2.5 billion and is considered one of the most successful films in cinema history – it won 12 Oscars.

But there have also been other film adaptations. The first was produced in 1912, the same year the ship sank. It was titled Saved from the Titanic, and the lead role was played by a survivor of the disaster. A film based on the Titanic was also made in Germany during WWII, but the Nazis used this film version as a propaganda tool against the US and UK.

10. The Titanic compared to current ships