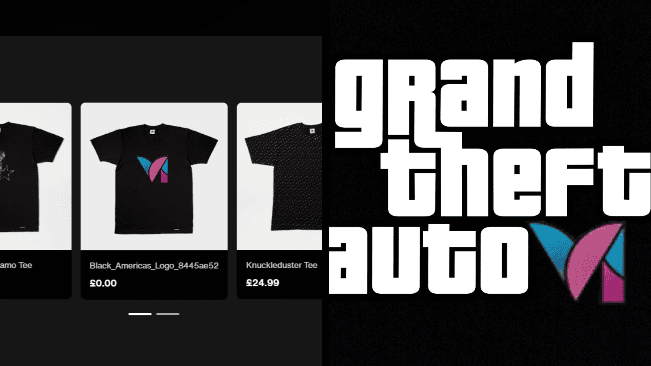 Rockstar seems to have leaked the GTA 6 logo by accident.

This Saturday (16) an important update about the long-awaited game GTA 6 (Grand Theft Auto VI) took place. An alleged logo for the game was leaked through the Rockstar Games website, in the section of the website where it sells game merchandise, as reported by the Addicts website.

Several Twitter users were quick to note that the logo appeared on a shirt that is listed as “Black_Americas_Logo_8445ae52” referring to the Americas project, as they are calling the game. Minutes later the image was removed from the site, but it was too late, as the print was circulating on the internet.

Recently the Brazilian leaker Matheusbr9895_, stated that the first image of the game GTA 6 was leaked on the internet. The image in question is the painting that appeared in the bar the Lil’ Probe Inn, which is in GTA San Andreas Definitive Edition. The image ended up drawing attention because it looks like a game, but it’s not in any Rockstar Games released.

It is worth noting that it has been proven in the past that the leaker is not someone so reliable, so many are seeing this with a flea behind their ear.

Raju has an exquisite taste. For him, video games are more than entertainment and he likes to discuss forms and art.
Previous War in Ukraine: Why is Donbass Important to Putin’s Strategies?
Next Russia aims to start local production of 28nm chips by 2030