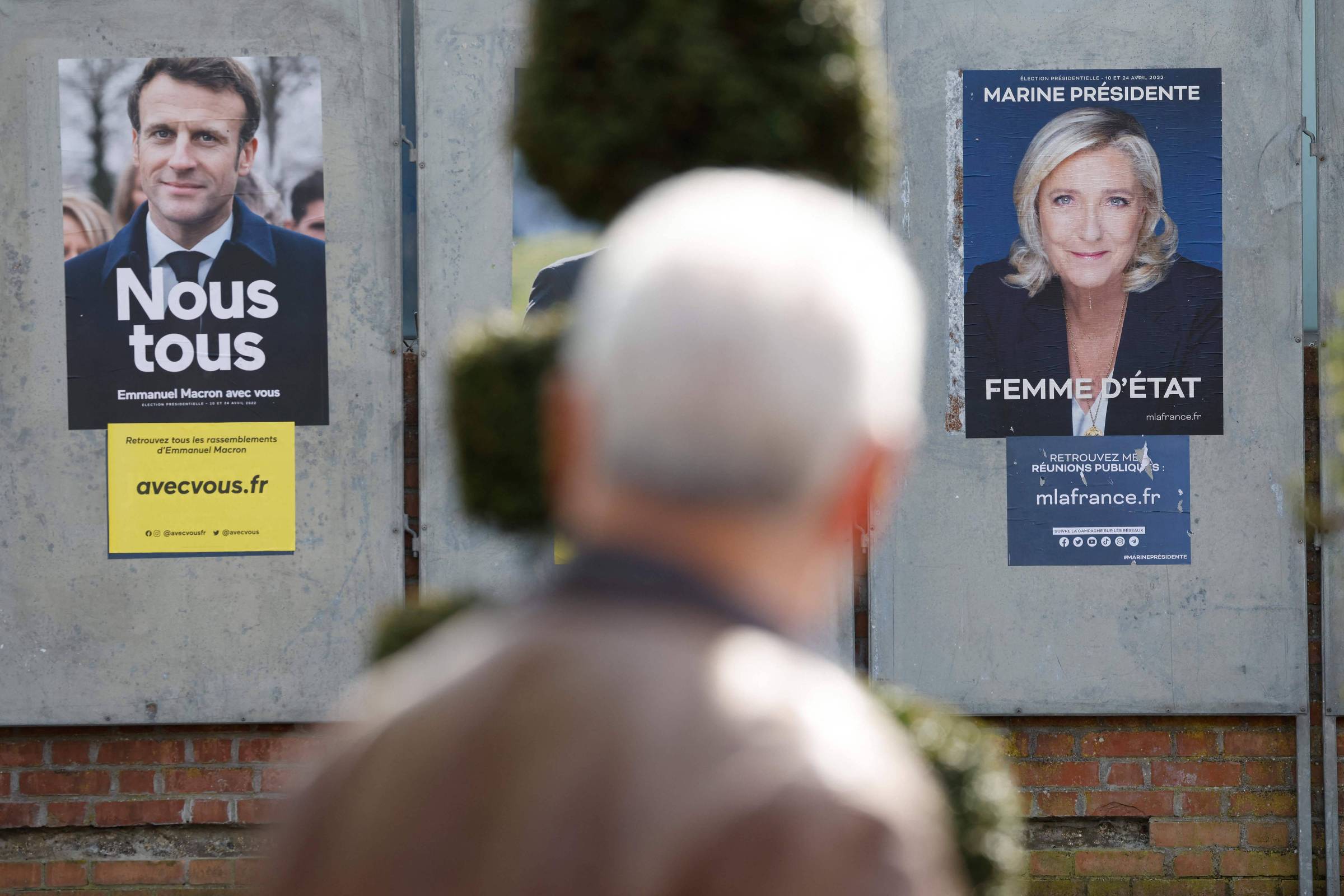 In an election held amid a relative improvement of the pandemic and the direct reflexes that the War in Ukraine causes in Europe, France will go to the polls on the 24th worried about its pocket.

Last Sunday (10), a survey by the Ipsos institute carried out shortly after the first round reinforced numbers that had been hammered out in the campaign: purchasing power was the most important issue when it came to defining the vote for 58% of voters, ahead of immigration and health, relevant to 27% and 26%.

According to the Ifop survey, the issue played a central role for 68% of voters, and only health recorded more mentions (71%) — in both cases, each person could indicate more than one concern.

The analysis in the segmentation of this data helps to understand why Emmanuel Macron and Marine Le Pen passed to the second round and how their strategy will be given to win the election.

Voters of the far-right are more concerned about purchasing power than those of the current center-right president. According to Ipsos, the issue was decisive for 54% of those who voted for Macron, a rate that rises to 69% among Le Pen voters. In Ifop, the figures were 55% and 80%, respectively.

Jean-Yves Camus, political analyst and researcher at the Institute of International and Strategic Relations in France, believes that the candidate for the National Meeting knew how to read the moment and, from the beginning, turned her campaign towards proposals related to the theme.

The moment is high in inflation —4.5% in March, well above the 1.1% registered in the same month of last year—, which compromises the strong recovery of GDP in 2021, up 7%, and the slight increase in purchasing power of 1.9%, according to the French statistical institute (Insee).

Thus, Le Pen put aside the speech against immigration, which marked her in 2017. “The program in this area is the same as it was five years ago, the French know the position of their party by heart”, says Camus. “And she left it to Éric Zemmour to say what was more radical, being able to pass for moderate.”

The analyst also points out that the far-rightist had the “intuition to know that the French are mainly interested in what they have in their wallets”—and sold proposals that act directly on her.

One of them is to eliminate the annual fee paid by the French for public TV, of 138 euros (R$ 700), something that is also included in Macron’s plan. Another common theme is fighting the rise in energy prices, which pushed up inflation in March, with an increase of 28.9%. Le Pen promises to reduce the TVA — a tax similar to the Brazilian ICMS — from 20% to 5.5%, and the current president proposes to maintain the freeze on gas and electricity prices and the reduction of fuel prices until the end of 2022, measures already in force.

On another economic front, Macron proposes to carry out his pension reform project, raising the minimum retirement age from 62 to 65 years, as he had promised in 2017. His rival wants to lower it to 60 years in certain categories. The president still intends to triple the ceiling of a tax-free bonus paid to employees by companies, bringing the benefit to 6,000 euros (R$ 30,500). Self-employed people who earn a minimum wage (1,540 euros, or R$7,800) would have a tax burden reduction that could reach 550 euros (R$2,800) a year.

All this would put an even greater burden on public finances in a country whose public debt is already equivalent to 112.9% of GDP, according to Insee. “Le Pen is betting heavily on state-backed measures, while Macron makes proposals that help companies more pay employees better,” says Lisa Thomas-Darbois, economics and public finance analyst at Montaigne.

In this sense, the current president’s program would be better financed. Even so, its proposals would cost 44.5 billion euros (R$226.2 billion), of which 9.2 billion (R$46.8 billion) would be for purchasing power measures – a figure also higher than estimated for the campaign, of 6 billion euros (R$ 30.5 billion).

The differences, according to Thomas-Darbois, are linked to issues such as not taking into account the cost of implementation and considering positive effects that, for the institute, are uncertain or not measurable.

In addition to financial sustainability, the analyst points out another problem in Le Pen’s program. “Certain measures, such as exempting young people under the age of 30 from income tax, are not applicable today, would require a change in the Constitution”, she says. “They are neither economically viable nor legally possible.”

Camus also points out that Macron seeks, in his program, to show the economic impact of what opposes him to his rival in other fields. “The president is campaigning to explain that he is the candidate for progress, for openness, for Europe, someone who will continue with reforms and rise to international issues,” he says, evoking what inspired the so-called republican front in 2017.

“He explains that, with Le Pen, we would have difficulties to be heard in the world, in particular in Europe, and this catastrophic work would be extremely serious in the economy.”

The analyst, however, highlights the change in posture of the ultra-rightist after the Ukrainian War. Close to Vladimir Putin, she went on to designate Russia as an aggressor and to defend the reception of Ukrainian refugees. According to Camus, the candidate’s objective is not to leave the European Union, but to try to reform the bloc from within – which he does not see as possible.

The tactic was also adopted by Zemmour, who won 7% of the vote. Even if their economic proposals were more liberal, the ideological harmony between the two should lead most of their voters to endorse Le Pen now.

Polls show that the ultra-rightist must still have the support of 18% of voters of the ultra-left Jean-Luc Mélenchon (third place, with 21.7%), in a peculiar movement at first glance. “These are people who voted for him not necessarily because of his program, but as a protest, and they are ready to risk electing him to get rid of the head of state,” says Camus.

Food maven. Unapologetic travel fanatic. MCU's fan. Infuriatingly humble creator. Award-winning pop culture ninja.
Previous The stabbed reporter’s health plan needs to reimburse the SUS, which saved him – 04/17/2022
Next What countries and the US say about the sunken ship