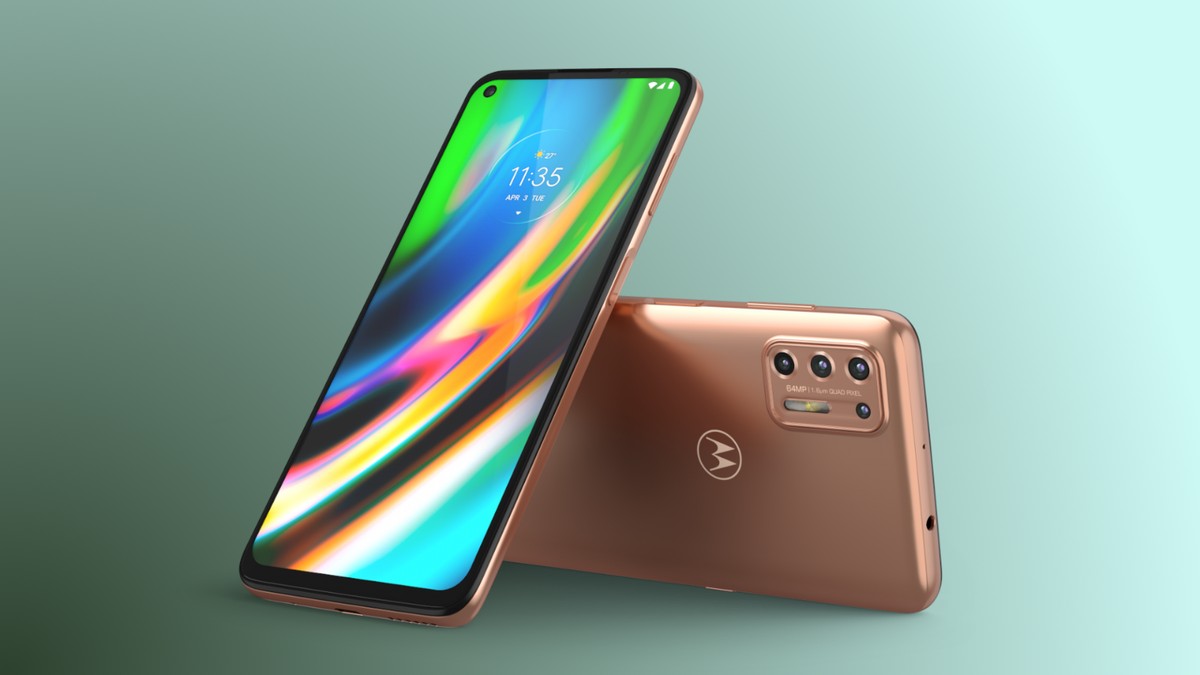 The Moto G9 Plus is a mid-range phone from Motorola that features the Snapdragon 730G processor, a 5,000 mAh battery – which can last up to two days – and 128 GB of storage. Despite the qualities, the model has a small amount of RAM and the possible absence of new updates as weaknesses.

Motorola’s cell phone arrived in Brazil in September 2020 for R$2,499. It can currently be found on Amazon for R$2,099, a discount of R$400. Check the pros and cons of the smartphone in the following lines.

Moto G9 Plus has a 6.8-inch screen with Full HD+ resolution — Photo: Disclosure/Motorola

The gamer audience has a good alternative at an affordable price. The Moto G9 Plus comes with the Snapdragon 730G chip (Qualcomm), with eight cores – 2x 2.2 Ghz and 6x 1.8 GHz. It works in conjunction with the Adreno 618 GPU, making this model a great choice for gamers looking for good value for money.

The device also offers 128 GB of internal storage, a feature very similar to other smartphones in the same category or higher than the Moto G9 Plus. The phone also offers memory expansion via micro SD card up to 512 GB.

The weight of the phone is 223 grams — Photo: Disclosure / Motorola

A point of frustration for many users is the fact that they find most smartphones in shades of white, black or silver. There are few devices with different colors and exclusive appearance. In that sense, the Moto G9 Plus is a hit by Motorola. The model is sold in unusual shades: rose gold and indigo blue.

Still in terms of design, the smartphone’s body is made of plastic and the glossy finish should make fingerprints evident. Fortunately, the cell phone already includes a protective cover in its packaging. The biometric sensor, in turn, is located on the side of the device.

The Moto G9 Plus battery has 5,000 mAh, a number that you should check for one to two days away from the sockets, depending on the use. In practice, this capability allows about 20 hours of uninterrupted video playback or 93 hours of audio.

Although it is no longer a trend in the market, Motorola decided to include a 30W TurboPower charger in the box. It should provide up to 12 hours of battery life with just ten minutes of charging and a full charge in just over an hour.

The Moto G9 Plus leaves the factory with the Android 10 system and will only receive an update to Android 11. However, the phone will not have the software update to the latest Android 12. The original version of the device is old and outdated. The cell phone is not protected with the best possible mechanisms.

The display of the Motorola phone comes with 6.8 inches. — Photo: Publicity/Motorola

Also designed with a focus on the gamer audience, the Moto G9 Plus deserved more RAM. In the datasheet, there are only 4 GB, a number that is below other competing cell phones in a segment equal to or greater than the Motorola device. On the market you can find the Moto G60 and Galaxy M51 models, for example, with 6 GB of RAM.

The RAM memory helps to carry out the day-to-day operations of the smartphone with greater agility, in addition to serving as fuel for the good performance of the cell phone during games. Devices with more RAM tend to crash less and deliver more fluid images when running heavier games – which shouldn’t happen with the Moto G9 Plus.

Despite presenting a quadruple photographic set, the Moto G9 Plus has a high resolution camera only on the main sensor, which is 64 MP. The ultra wide, macro and depth cameras offer 8 MP, 2 MP and 2 MP recordings respectively.

In addition, Quad Pixel technology, which promises sharper images by grouping four pixels into one, is no longer a differential and is already present in several rivals.

📝 Is there a chance that Motorola will surpass Samsung? Join the conversation on the TechTudo Forum

Transparency Note: Amazon and TechTudo maintain a commercial partnership. By clicking on the store link, TechTudo can earn a share of sales or other compensation. The prices mentioned may vary and the availability of the products is subject to stocks. The values ​​indicated in the text refer to the month of April 2022.

Raju has an exquisite taste. For him, video games are more than entertainment and he likes to discuss forms and art.
Previous Russia aims to start local production of 28nm chips by 2030
Next Scorn “from Xbox Game Pass”: video with more 8 minutes of gameplay is leaked on the internet