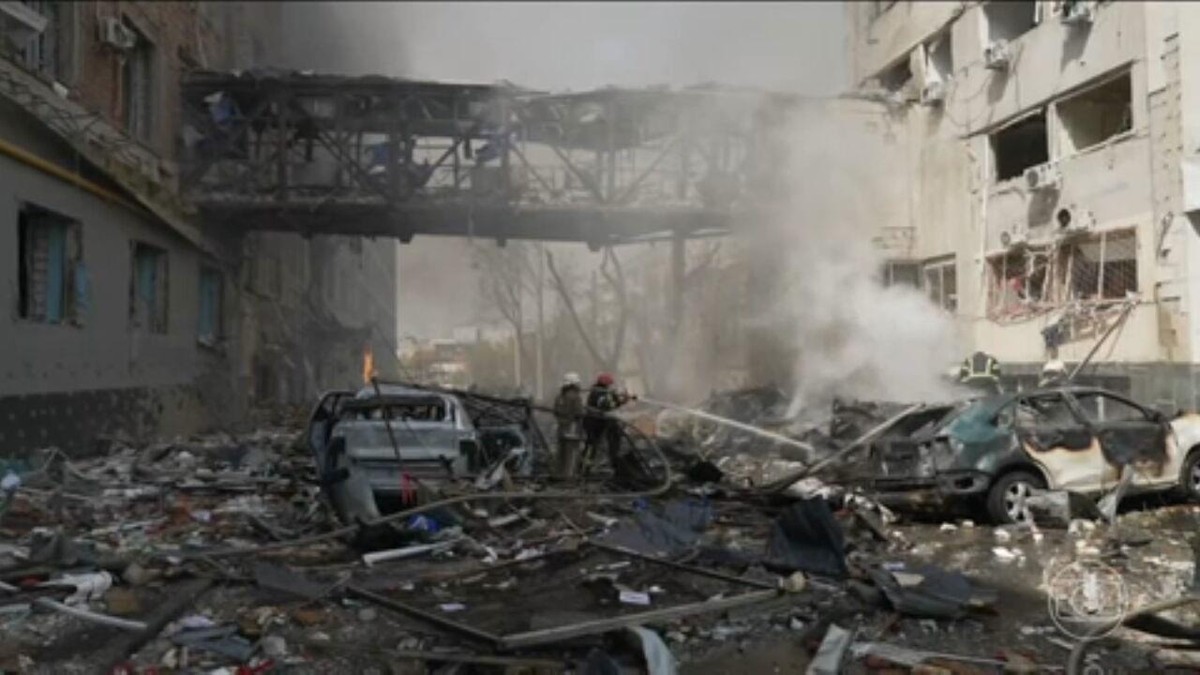 Russia has intensified bombings of Kiev, Ukraine’s capital, and Mariupol, in the east of the country. According to the Russians, the urban areas of the port city would already be under Moscow’s control, but Ukrainian President Volodymyr Zelensky denies it.

The Easter weekend did not prevent air strikes or the massacre of civilians. A police report in the capital reported that 900 civilians were found shot to death on the outskirts of Kiev.

Russian troops increased their bombardment in eastern Ukraine, in an area between Kharkiv, Donetsk and Luhansk, in preparation for a ground offensive.

Oleksandr Zavada says two people were walking down the street, next to a car, when the bullets hit them. It shows a man killed by shrapnel. “He died instantly,” said the Ukrainian.

In Chernihiv, buildings were also hit after missile attacks. Crews continued to remove rubble from damaged buildings. The bombings left the city in ruins. Mayor Vladyslav Atroshenko said that 70% of Chernihiv was destroyed.

Russian troops had withdrawn from the city earlier this month. The capital region of Kiev was also the target of bombing again.

Ukrainian military officials have urged residents not to return home because Russian troops are attacking the entire region.

The Russian government warned of unforeseen consequences if the US and allies continue to supply weapons to Ukraine.

Civilians fleeing Mariupol for Zaporizhzhia had to leave the city by their own means because heavy rain prevented the population from evacuating with buses.

In all, five humanitarian corridors have been established in the Luhansk region of eastern Ukraine. On Saturday night (16) Mariupol was again bombed.

President Volodymyr Zelensky said that if the Ukrainian soldiers defending Mariupol were eliminated, it would be the end of peace talks with Russia.

The war during Holy Week brings tension to the entire European continent and, of course, also to the Vatican. THE Pope Francis participated this Saturday in a vigil in St. Peter’s Basilica. On Sunday (17), in the square, he says the Easter mass and will give a message of peace to Rome and the world.

A busy Holy Week for the Pope with knee pain.

The ceremony was attended by the mayor of the Ukrainian city of Melitopol, Ivan Fedorov, who was detained by Russian forces last month and later released in a prisoner exchange.

The Pope started from his prepared text when he recognized the mayor, his family and three Ukrainian parliamentarians seated in front of him. Then he spoke directly to them:

“We all pray for you and with you. We pray because there is so much suffering. We can only give them our company, our prayers and say ‘courage, we accompany you’.”

Francis ended by saying in Ukrainian “Christ is risen”.

The Russian government has promised to spare the lives of Ukrainian soldiers who are still fighting in Mariupol if they surrender their weapons between midnight and 7 am on Sunday (17), Brasília time.