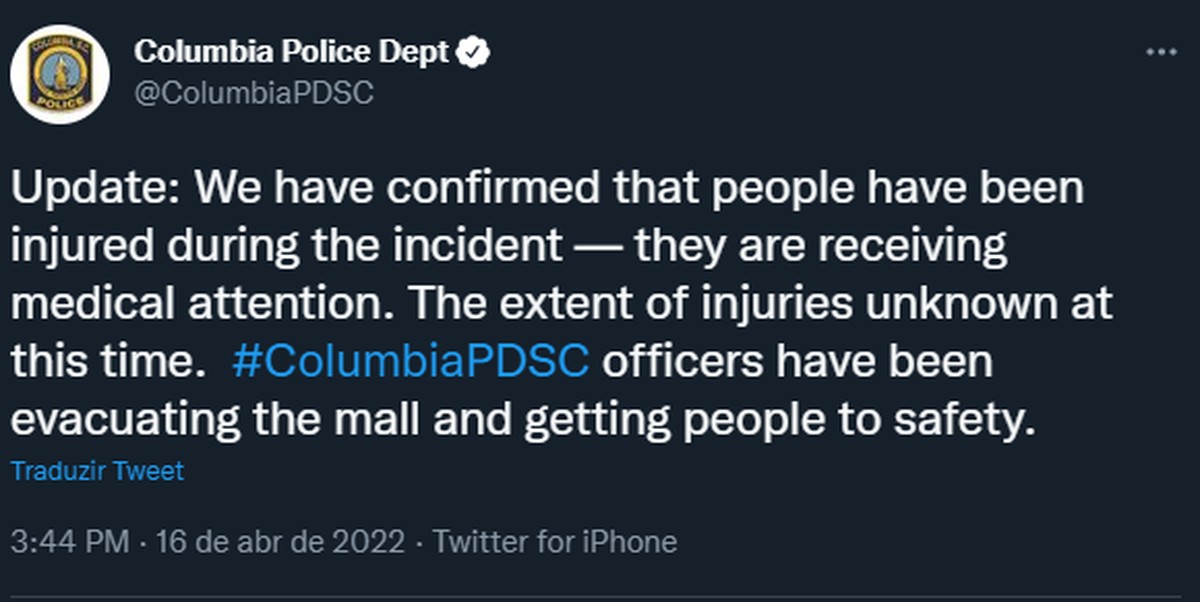 Police in Columbia, the capital of the US state of South Carolina, said on Saturday that 12 people were injured during a shooting at a mall. There is no record of fatalities. Police believe a conflict between armed people led to the incident.

City Police Chief William Holbrook said 10 of the wounded were shot and two of them are in critical but stable condition. The victims are aged between 15 and 73 years.

According to Holbrook, at least three people were seen with guns inside the mall and at least one of them fired shots. He stressed that the investigation is at the beginning, but said he believed the shooting was motivated by some conflict between the suspects who were armed.

“We believe that the individuals who were armed knew each other and some sort of conflict occurred that led to the shooting. This was not a situation where we had a random person going to a mall to shoot and hurt people,” he said.

The police chief said there were still police officers inside the mall pulling out shopkeepers and shoppers who hid in stores when they noticed the shooting.

“The reason we still have teams inside the mall is that it’s a big establishment, we’re releasing store by store. We did a first round to find injured people and help them with medical help,” he said.