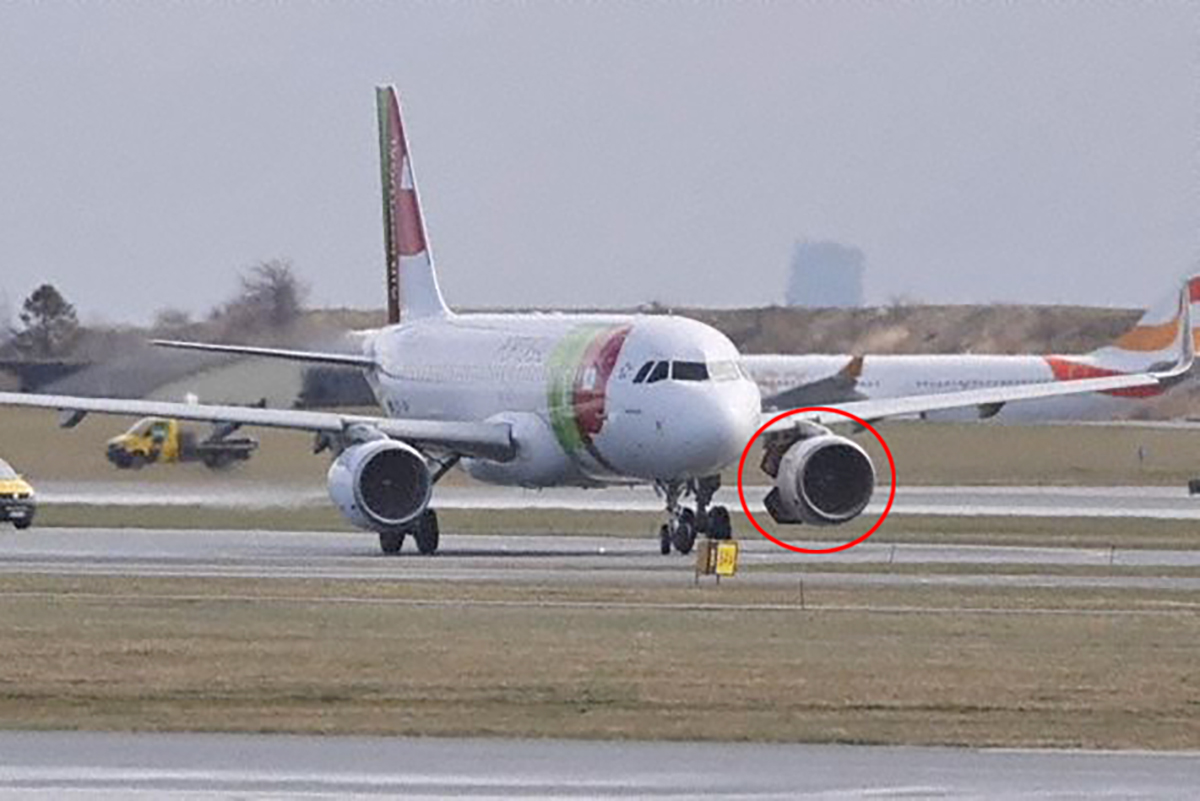 An overflight within 100 meters of several houses on a TAP flight was probably caused by a problem with the engine’s reverser at the time of the go-around.

The case, considered very serious, took place on Friday, April 8. At the time, as AEROIN reported, an Airbus A320ceo from TAP Air Portugal started a dash after having already touched down at Copenhagen international airport, but had difficulties in the ascent to gain height and speed.

With that, the plane with 109 people on board passed less than 100 meters from houses. Initial reports pointed to possible left engine contact on the ground, as the aircraft was misaligned with the runway due to strong crosswinds, but this remains to be confirmed in the investigation.

What is known, however, is that the Danish Accident Investigation Board (Havarikommissionen) reported that the aircraft commander decided to initiate the go-around, put the thrust levers in the TOGA position (Takeoff/Drop, where the maximum available power is applied), however, the reverser, which has the function of decelerating the aircraft by reversing the flow of air in the engine, ended up opening and preventing the plane from accelerating correctly..

This type of occurrence is very rare, as the planes are designed to never open the reverser in flight or during any acceleration phase (with the exception of the C-17 military freighter in tactical and extremely short landings).

Two accidents of this type are the best known among the very rare ones: that of an East Midlands (DHL) Airbus A300-600 (DHL) in 2011, and, the most famous, of Lauda Air’s Boeing 767, on flight 004. In the latter case, company owner and well-known former Formula 1 driver Niki Lauda pressured Boeing to admit it. that in-flight reverse opening would put the jet in an uncontrollable and irreversible situation.

What caused the in-flight reverse to be triggered in this case, which killed 223 people, is unclear. In the case of DHL (without victims) it was a procedural error after landing, which was not very clear and was poorly applied.

The TAP case in Copenhagen remains under investigation according to the website AviationHerald, which first revealed the incident.