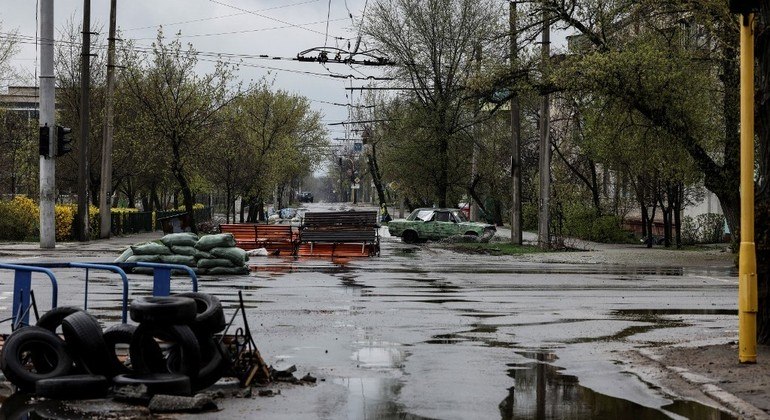 Zelensky says the situation in Mariupol is ‘inhuman’ – News

“The situation in Mariupol is as serious as it can be. Simply inhumane,” Zelensky said in a video, accusing Russia of “deliberately destroying anyone who is” in this city on the southeastern Sea of ​​Azov.

The president stressed that there were only “two options”: the supply of Western countries with “all the necessary weapons” to break the long siege of Mariupol or “the path of negotiation” in which “the role of the allies must be equally decisive.

His remarks coincided with a statement by the Russian Defense Ministry urging the last Ukrainian soldiers entrenched in a huge metallurgical complex in Mariupol to give up the fight on Sunday at 6:00 am in Moscow and leave before 1:00 pm (Kiev time).

“All those who give up their weapons will be guaranteed to save their lives (…) It is their only chance,” the ministry said on Telegram, assuring that this complex is the last focus of resistance in the city.

Before this message, Zelensky had warned that “the elimination” of soldiers entrenched in Mariupol will “put an end to any peace negotiations” in this conflict that has already left five million exiles.