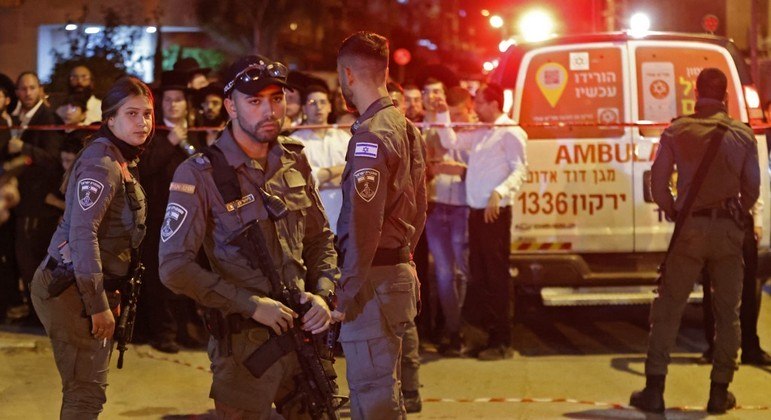 A series of knife and gun attacks in Israel have left at least 13 people dead in the past two weeks. The isolated attacks, in different regions of the country, were allegedly carried out by Palestinians with no relation to groups linked to the resistance.

Actions like these are common in the history of Israel and Palestine, which have been vying for territory near the Mediterranean Sea since the foundation of the Israeli state in 1948. This fight has caused deaths on both sides and there is no prospect of pacifying the region.

The professor of international relations at UFRRJ (Federal Rural University of Rio de Janeiro) Luiz Felipe Osório explains that these small Palestinian attacks are a guerrilla strategy, as they do not have an organized armed force.


“The eventual white weapons and the low number of victims are, in this sense, more related to the material limitation of the armed groups, which need this guerrilla strategy in the face of the superiority of the Israeli force and its allies”, says Osório, author of the book Imperialism, State and International Relations.

Currently, Fatah — Palestine’s national liberation movement —, which holds political control over the West Bank, is based on a conciliatory policy with Israel. This action is not viewed favorably by resistance groups in the region.

“There is, apparently, no declared and specific objective with the attacks, which even occur diffusely across the country, using a guerrilla strategy, not least because they are not carried out by the Palestinian State.”


The territorial dispute between Palestinians and Israelis is the determining factor for the attacks, which are usually answered with harsh actions by the Israeli armed forces. For Osório, the secret to the end of these attacks is the recognition of the territory of Palestine by the international community.

“The territorial issue will always be a pending issue between the two sides as long as the Palestinian state is not recognized by the entire international community, especially by Israel and its strategic ally, the United States, regardless of the trigger of the moment.”

According to the professor, Israel’s political instability, which has allegations of corruption against the long-time former prime minister Benjamin Netanyahuends up increasing the offensive against Palestine, one of the few unanimous issues among the country’s representatives.


“In recent years, the global crisis has been reflected in political instability in Israel, with varied governmental compositions, which could not sustain themselves, which only gained some consensus on policies towards Palestine.”

For Osório, one of the ways out of the impasse between the two countries is the formal recognition by Israel and the international community of the territory of Palestine.

“We also seek international support and pressure on Israel, in order to reverse the systematic violence and understand the urgent need for the recognition of the Palestinian State”, concludes Osório.