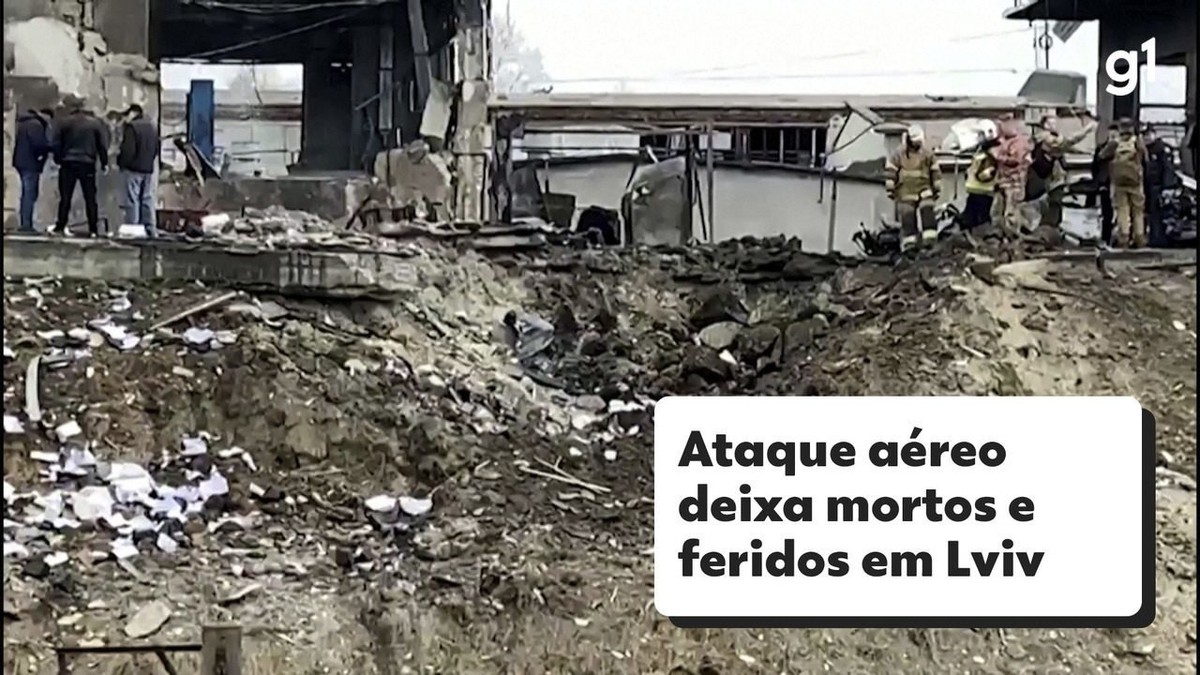 A series of bombings in Lviv, in western Ukraine, left at least seven people dead and eight injured on Monday (18), local authorities said. The city, the largest in the west of the country, is one of the closest to Poland, and since the beginning of the war it has been the main point of departure for Ukrainians from the country and the entry of humanitarian aid from Europe..

Fogs of smoke are seen on the horizon in Lviv, the largest city in western Ukraine and where bombings left six dead on Monday (18), according to local authorities – Photo: Reuters

The mayor of the city of Lviv, Andrey Sadovoy, said in a Twitter post that there were “five missile attacks directed at the city”. The bombings hit military installations and a tire depot, which caused a large explosion.

The local governor said the missiles also reached an open field near a train station and some roads in the city, which caused changes in local traffic.

The attack differs from the recent focus of Russian bombing raids on Ukraine. Moscow has concentrated its troops in the east of the country, which Vladimir Putin’s government is trying to take control of. Lviv is on the other side of Ukraine. In addition, the city is only 80 kilometers from Poland, and is the main connection with western Europe. From there trains and the main roads that connect Ukraine with the neighboring country leave.

Men look at facilities and shops in Lviv hit by bombs on Monday (18) – Photo: Reuters

Since the beginning of the war, Lviv has been largely out of the focus of bombing, and has been the target of occasional attacks, such as one last month in which four soldiers died.

The city has also been the scene of constant acts and protests against the war.

Russia has not yet taken a position on the authorship of the attacks.

In Kiev, a Reuters reporter heard a series of explosions near the Dnipro River. Local authorities have yet to provide information on the causes.

Ukrainian President Volodymyr Zelensky said on Sunday that 18 people had been killed and more than 100 injured in bombings over the past four days in the northeastern city of Kharkiv.

Earlier, according to Ukrainian officials, five people died and 20 were injured when a missile and artillery fire hit the city center and the suburb of Saltivka.