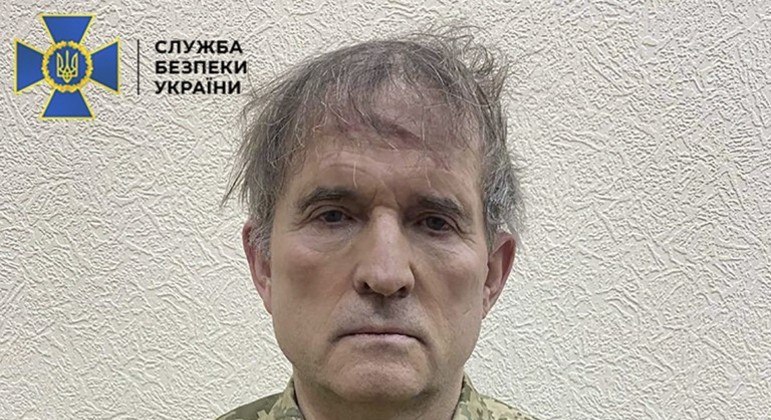 Ukrainian security forces released on Monday (18) a video in which businessman Viktor Medvedchuk, close to Russian President Vladimir Putin and who was detained by Kiev troops, asks to be exchanged for soldiers and civilians surrounded in the city of Ukraine. Mariupol.

“I want to speak to Russian President Vladimir Putin and Ukrainian President Volodmyr Zelensky to ask them to replace me with Ukrainian defenders and Mariupol residents,” he said in the video.

On the Russian side, state television published a video of two prisoners identified as British citizens Shaun Pinner and Aiden Aslin, captured in the fighting in Ukraine, in which they ask Prime Minister Boris Johnson to negotiate their release.

On April 12, Zelensky had proposed to Moscow to exchange Medvedchuk, arrested that same day, for Ukrainians detained in Russia.

The Kremlin sidestepped the issue by saying the 67-year-old businessman is not a Russian citizen and has no ties to the “special military operation”.

Medvedchuk has been under house arrest since May 2021 after being accused of “high treason” and “attempted looting of natural resources in Crimea”, the Ukrainian peninsula annexed by Russia in 2014.

On February 26, two days after the Russian invasion began, police confirmed that he had fled.


The tycoon is the 12th richest man in Ukraine and has an estimated fortune of US$620 million, according to Forbes magazine. His ties to Putin are known and there are reports that he is godfather to one of his daughters.

The businessman is the founder of the pro-Russian Opposition Platform for Life party, which had around 30 deputies in the Ukrainian parliament before being banned in March after the Russian invasion.