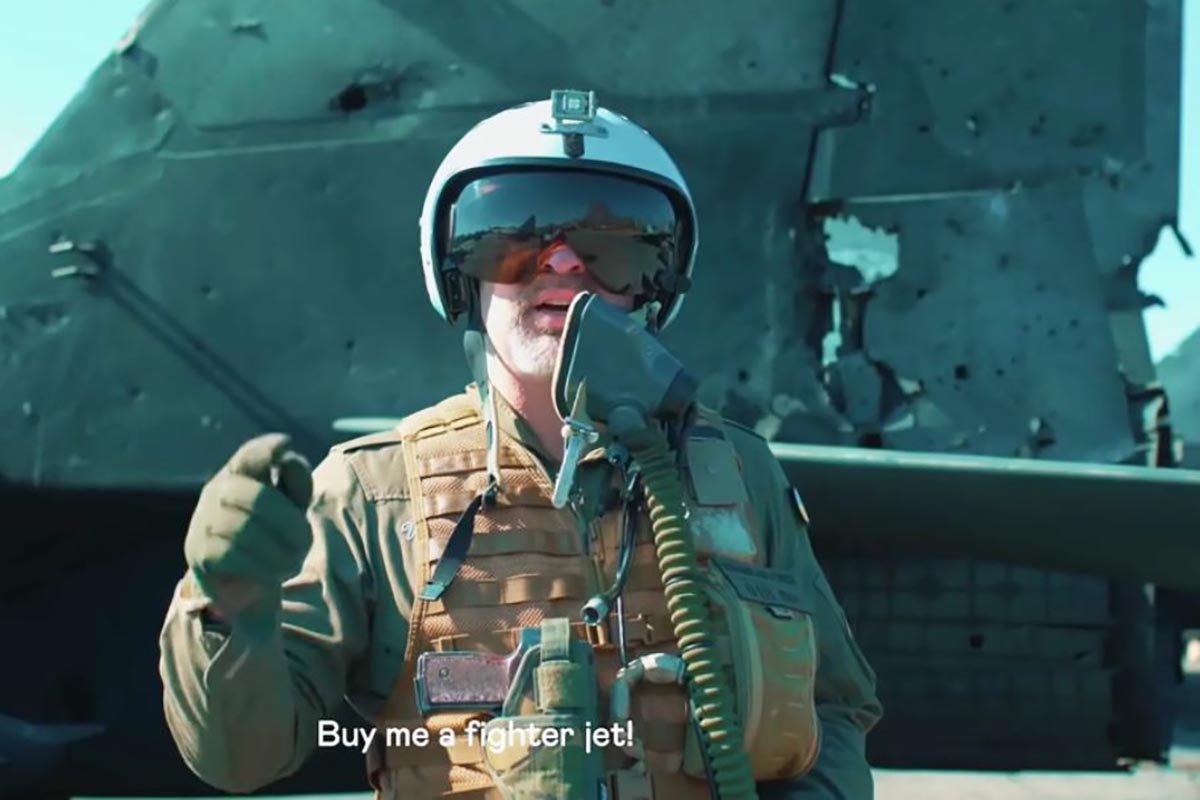 Ukrainian pilots appeal to crowdfunding campaign: ‘Buy me a fighter’

A group of Ukrainian military launched a campaign of crowdfunding to finance the purchase of new fighter jets to defend their country. In a video showing destroyed military equipment and devastated cities, a pilot looks into the camera and says: “buy me a fighter”.

He then continues: “It will help me protect my skies full of Russian planes bombing my land, killing my friends and destroying our homes and everything I’ve ever known. You have a chance to stop them. Give us wings to fight for our sky”.

The campaign’s website claims that Ukraine has been asking NATO to supply its military with fighter jets since the beginning of the war, but says that “the governments of the world are afraid of an escalation”. The website also makes reference to the “humanitarian disaster” caused by Russia and the “growing threat of World War III”.

the military are doing crowdfunding to buy fighter jets, which the website claims include SU-22, Su 25, Su 27, Su 24, Mig 29. According to the website, the average cost of a jet is $25 million.

Since the early days of the war, Ukraine has been asking Western countries for support, especially those that are part of NATO, to give it fighter aircraft so it can defend its airspace from Russian planes. However, countries were reticent to such support, fearing it would escalate the conflict.

There is no confirmation that the campaign has anything to do with the Ukrainian air force. Before the war, the country had 210 fighter jets, but this number was drastically reduced by Russian attacks. Today, that count is uncertain.