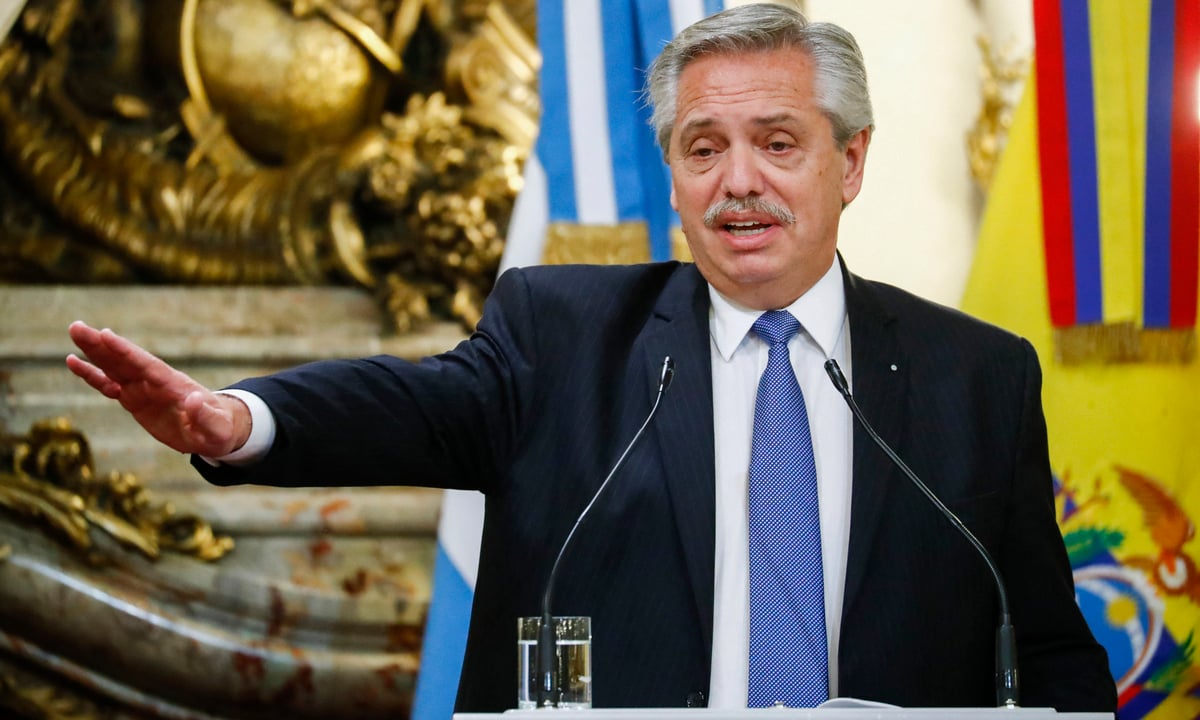 Argentine President Alberto Fernández announced that he intends to re-establish full diplomatic relations with Venezuela and asked other Latin American countries to act in a similar way, at a press conference held this Monday with his Ecuadorian counterpart, Guillermo Lasso.

“As a first step, Argentina wants to regain its full diplomatic ties. It is a step that we are taking, and I call on all Latin American countries to review it, because Venezuela has gone through a difficult period,” Fernández said.

In 2017, during the government of liberal Mauricio Macri, Argentina had integrated the Lima Group, which sought a way out of the crisis in Venezuela and which later recognized the opposition president Juan Guaidó as president in charge of that country.

Under the presidency of center-left Fernández, Argentina supported the UN High Commissioner for Human Rights’ reports on abuses in Venezuela, but withdrew from the Lima Group, an entity that virtually no longer operates.

“Bachelet intervened, worked together with the government of Venezuela. Many of these problems dissipated over time. We are seeing how, based on the agreements reached by the Contact Group (European Union and Latin countries), Venezuela has advanced in its electoral process”, highlighted the Argentine president.

Venezuela held regional elections in December under the supervision of a European Union mission, which praised the advances in the system, despite highlighting irregularities that affected the “transparency of the process”. President Nicolás Maduro classified as “enemies” and “spies” the European delegates, who were unable to return to the country to deliver the final report on the electoral process.

Although he said he would analyze Argentina’s proposal, Lasso stressed that Ecuador would not follow the initiative at this time. He paid a visit to Argentina today and should arrive in Uruguay tomorrow.

Food maven. Unapologetic travel fanatic. MCU's fan. Infuriatingly humble creator. Award-winning pop culture ninja.
Previous Boyfriend of Gabriel Luiz, a reporter who was stabbed in the DF, vents: ‘It will get out of this’
Next Sindimed denounces lack of doctors on duty in Cuiabá Health