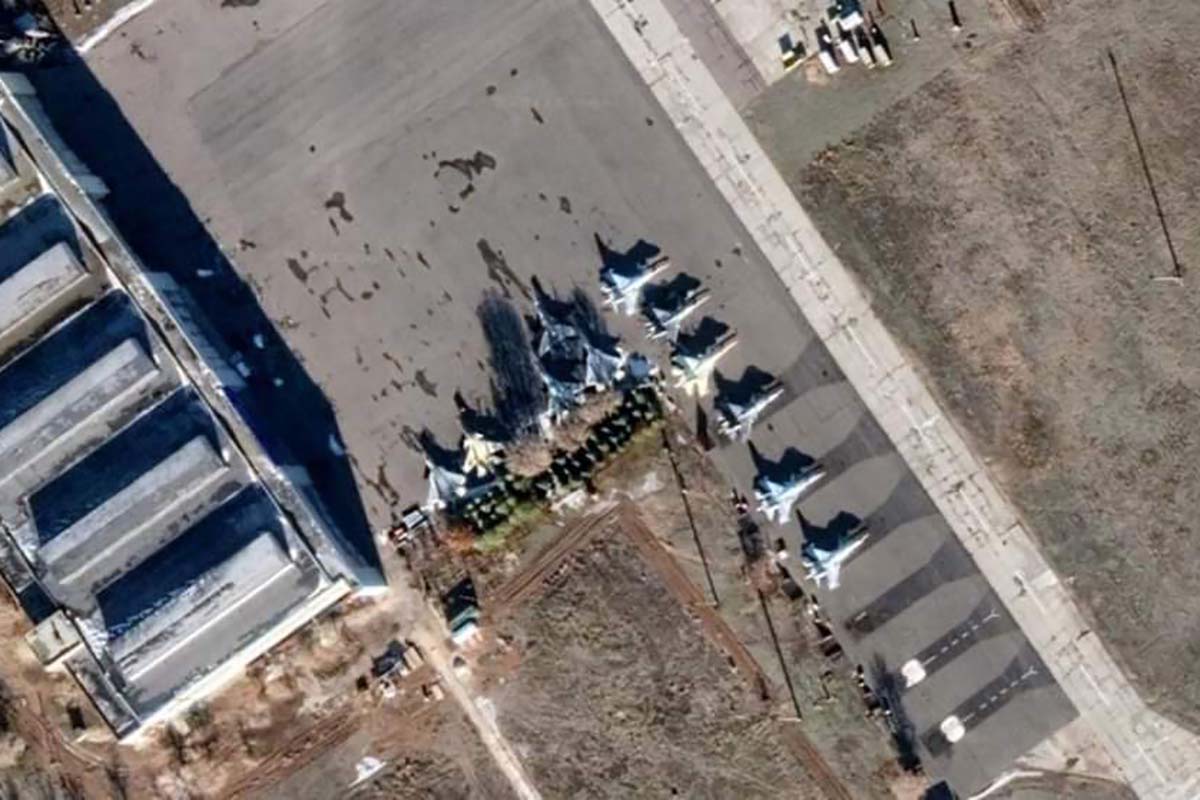 Abhishek Pratap April 19, 2022 News Comments Off on Google denies media and says it has not changed maps to publicize Russian air bases 11 Views

Several media around the world, including UOL in Brazil, reported that Google had “released” high-resolution images of Russia’s main military infrastructure on its Google Maps service, including air bases, allegedly removing an image blur effect. The technology giant, however, denied that it had made any changes to its software.

For some sensitive regions of the world, Google really blurs their maps. For example, Google Maps pixelates images of French Air Force Air Base 705 and completely blurs the city of Jerusalem. However, there are many other military installations that can be seen publicly, such as the Nellis Air Force Base in the USA and even the infamous Area 51.

For the Russian sites cited in Monday’s stories, however, Google would not have removed any filters. According to the American magazine Newsweek, the Russian state agency TASS and other news around the world, Google has denied that it has changed anything in its map service to start publicizing Russia’s military and strategic locations.

“We have not made any changes regarding the blur in our satellite imagery in Russia”said Genevieve Park, a spokeswoman for Google, following a request for comment from international media.

how the rumor started

It all started after a Twitter account, attributed to the Armed Forces of Ukraine, published a set of images and a text, in which it said that Google had removed a filter that blurred images of Russian military installations, as if it was retaliation from the technological giant for the invasion of Ukraine.

Quickly, information began to be circulated in various media, saying that high-resolution images of Russia’s main military infrastructure would be available, including the cruiser Admiral Kuznetsov, a nuclear ammunition depot, a test flight field with the latest fighter jets. , the Su-57s, an ICBM launch site and an Air Force base.

In fact, there may be pixelated or blurred areas, but Google claims that this has nothing to do with the war in Ukraine, but with sensitive and defense issues of countries. However, despite having restricted its operations in Russia due to the war, the tech giant was categorical in saying that nothing has changed in its maps application.

Some measures that Google has taken against Russia since the beginning of the war, and that it has announced publicly, were: stopping the sale of ads in the country, cutting off access to Google Pay for some Russian users according to sanctions, and banning Russian state media accounts from displaying ads on their YouTube channels. For its part, the Russian government has threatened to fine the company because it says YouTube has videos containing “disinformation” about its hack.

Anyway, Google Maps images would add little to the country’s intelligence scenario, since it is certain that the United States, China and other great powers already have satellites monitoring practically the entire world.

In war, the easiest trap for journalism is the fake news. Even those vehicles with a history of fact-checking are not unscathed.