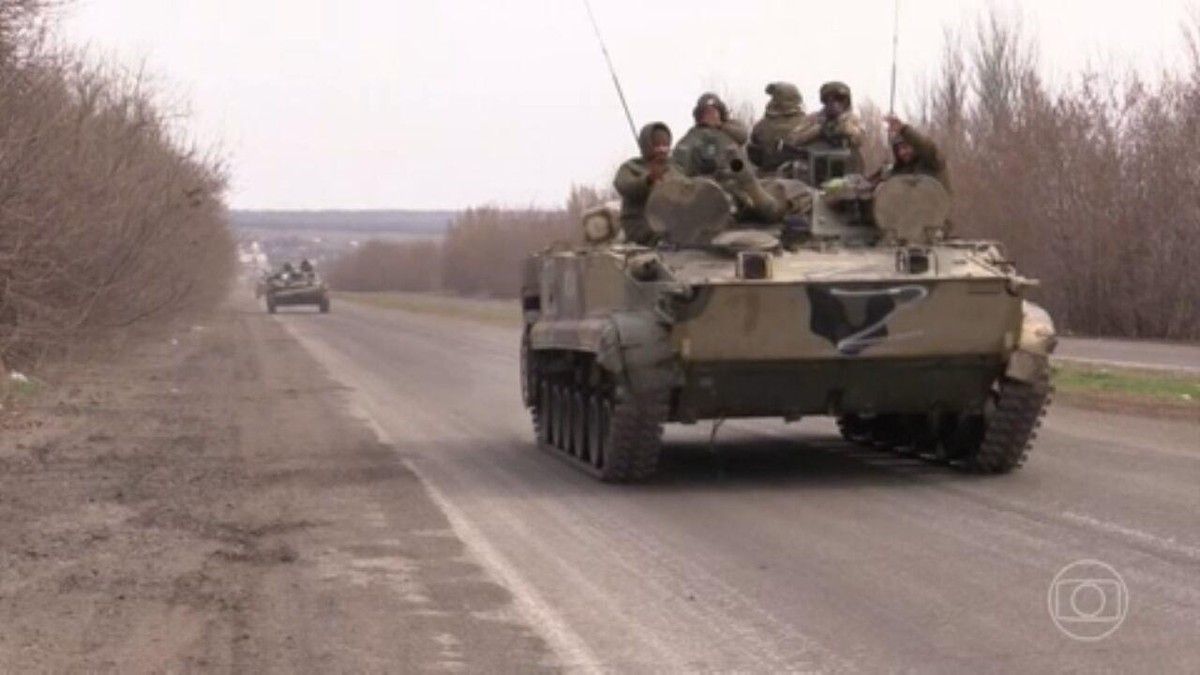 New offensive in eastern Ukraine: what is already happening and what the Russians are looking for | Ukraine and Russia

Abhishek Pratap 4 weeks ago News Comments Off on New offensive in eastern Ukraine: what is already happening and what the Russians are looking for | Ukraine and Russia 10 Views

Ukrainian President Volodymyr Zelensky announced on Monday the start of a Russian offensive against eastern Ukraine, a region partly under the control of pro-Russian separatists and where fighting has intensified.

“Now we can say that Russian troops have started the battle for Donbass, for which they have been preparing for a long time. A large part of the entire Russian army is now dedicated to this offensive,” Zelensky said in a speech carried by Telegram.

“No matter how many Russian soldiers are brought here, we will fight. We will defend ourselves,” he assured.

Victims of an attack at a railway station in the city of Kramatorsk, in the Donbass region, on April 8, 2022 — Photo: Anatolii Stepanov/AFP

What do local leaders say?

Shortly before, the Ukrainian governor of the Lugansk region, Sergei Gaidai, also announced the start of the Russian offensive against eastern Ukraine.

“This is hell. The offensive we’ve been talking about for weeks has started,” Gaidai said on Facebook. “There is fighting in Rubizhne and Popasna, incessant fighting in other peaceful cities,” he added.

At least eight civilians were killed on Monday by Russian gunfire and attacks, according to regional authorities.

Four people died in Kreminna, a small town in the Lugansk region seized by the Russians on Monday, Gaidai said on Telegram.

Another four people died in the Donetsk region, according to the Ukrainian governor of that region, Pavlo Kyrylenko.

“Two in Torske, one in Chandrigalove and one in Razdolne. Five other people were injured.”

What is Russia’s strategy?

Since announcing the withdrawal of its troops from the Kiev region, Russia has concentrated its armed forces in eastern Ukraine, which has been the target of frequent bombing since the beginning of the Russian invasion on February 24.

Russia announces it will ‘drastically’ reduce attacks around Kiev

The Ukrainian army announced several weeks ago a major enemy offensive against the Donbass region, much of which is under the control of pro-Russian separatists from the self-proclaimed republics of Lugansk and Donetsk.

Russian President Vladimir Putin has claimed to carry out a military operation in Ukraine to save the Russians of Donbass from the “genocide” orchestrated by the Ukrainian “Nazis”.

The Donbass is the most Russian-speaking and most industrialized region in Ukraine. The war between Russian-backed separatists and Ukrainian forces in Donbass has lasted eight years. The separatists declared two independent republics, which were recognized by Russia shortly before the invasion.

Experts believe that with the resistance of the Ukrainians, Putin wants to win a victory at all costs in the east. The end of the attacks in the Donbass region already had a deadline: May 9, when a huge military parade in Red Square in Moscow recalls the Soviet triumph over Nazi troops in World War II.

A week ago, the Ukrainian governor of Lugansk, Serguii Gaidai, said that the scenario of devastation and violence in Mariupol, in the south, could be repeated in the east. “The battle for Donbass will last several days, during which our cities could be completely destroyed,” he said.

Gaidai urged residents to urgently leave the area. According to local authorities, most civilians have been complying with the recommendations.

Cities in eastern Ukraine have emptied rapidly in recent days as the attacks loomed.