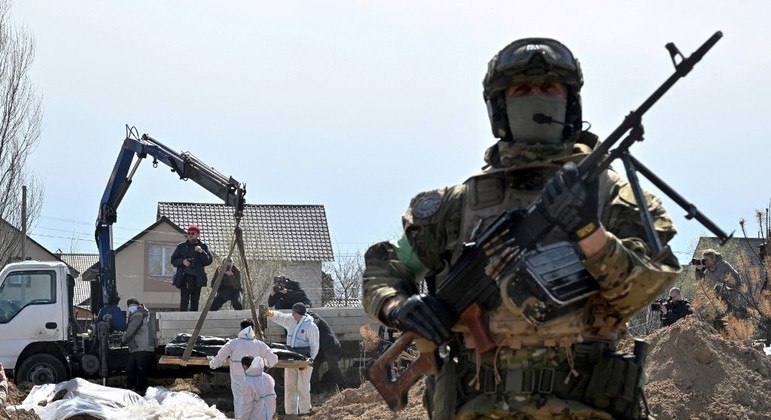 THE Russian President Vladimir Putin This Monday (18) awarded an honorary title, extolling its “heroism”, to the 64th motorized infantry brigade, accused by Ukraine of having participated in the alleged abuses committed in Bucha, near Kiev.

Putin signed, according to the Kremlin, a decree granting the “honorary title of ‘Guard'” to that brigade, due to the “heroism and tenacity, determination and courage” of his troops.

“The skillful and decisive actions of all personnel in the military operation in Ukraine are an example of the execution of military duty, courage, determination and great professionalism,” Putin wrote to the military.


The Kremlin did not specify where the soldiers were deployed or what their mission was.

Ukraine has accused the Russian army and specifically the 64th Brigade of having committed a massacre against civilians in Bucha, which was discovered after the withdrawal of Russian soldiers on March 30.

Russia denies this version and accuses Ukraine and the Western media of having staged it or blames Ukrainian forces with the aim of blaming Moscow.