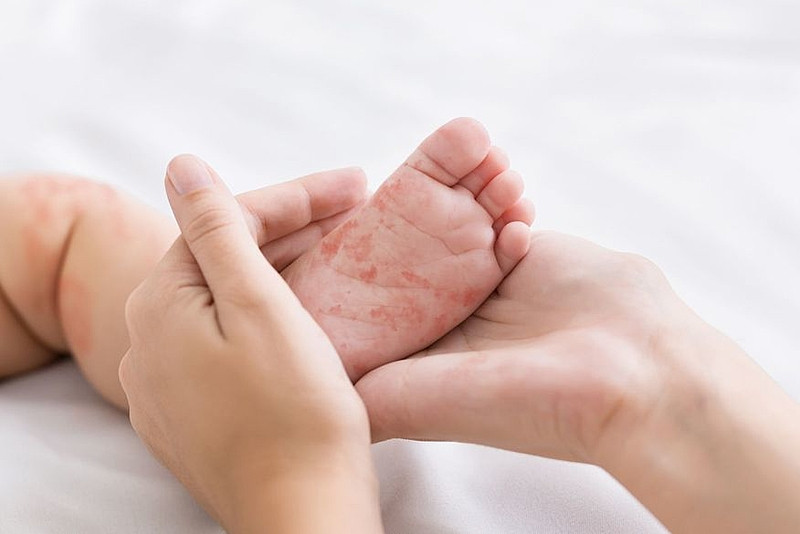 THE Secretary of State for Health (Sesapi) investigates two suspected cases of measles in the municipality of São Miguel do Tapuio (226 km from Teresina). Patients would be a two-year-old child and a male adult. The child has been from the state of São Paulo for about six months and is currently in residential isolation.

According to the state health agency, the child lives in an urban area in the city and presented symptoms such as fever, cough and rash (reddened skin irritation) on March 18th of this year, and presenting retroauricular nodes and craniocaudal rash on the 23rd. However, it was only on April 1st that the child was taken to the health unit, where he received medical attention and was notified by the professional as suspected of having measles. .

Sesapi, through the technical team responsible for the event, guided the collection of material (serum) for a more accurate diagnosis, which was sent to Lacen. The exam was processed with an Igm (+) result for dengue and inconclusive for rubella, making it difficult to close the case.

In this situation, the Ministry of Health recommends sending the sample to Fiocruz/Rio or to the reference laboratory in the state of Piauí, for investigation of possible cross-infection. It was recommended to the municipality to trigger the vaccine blockade. The child has a complete vaccination schedule in 2020

The technical area at the central level reported that another suspected case of measles, in an adult in the municipality, is being investigated.

The team from the Center for Strategic Information on Health Surveillance (CIEVS) of the State of Piauí will travel on April 19 to support the municipality’s team in this investigation and control action.

Influenza and measles vaccination campaign begins in April in Piauí

The immunization period will be from April 4th to June 3rd, with social mobilization D-day being April 30th. Vaccination will be carried out in two stages:

vaccination of health workers – along with the first stage of influenza vaccination from April 4th to May 2nd;

follow-up campaign against measles – together with the second stage of influenza vaccination: from 03 May to 03 June 2022.

In the National Campaign against measles, Piauí intends to immunize 74,744 health professionals and 210,354 children aged between six months and five years. The last measles case recorded in Piauí was in 2019, when 12 cases of the disease were confirmed.

Measles is an infectious, acute, transmissible and extremely contagious disease, which can lead to complications and death, particularly in children under one year of age. To prevent the spread of the disease, Sesapi, through the Center for Strategic Information on Health Surveillance (CIEVS), continues training for the prevention and notification of the disease.

Reproduction of this content (material) is permitted as long as a link is pointed to the source!

Source: With information from Sesapi

She's our PC girl, so anything is up to her. She is also responsible for the videos of Play Crazy Game, as well as giving a leg in the news.
Previous Registration for vacancies in the Health of Contagem system ends this Monday
Next Dengue cases have increased by 85% this year in Brazil