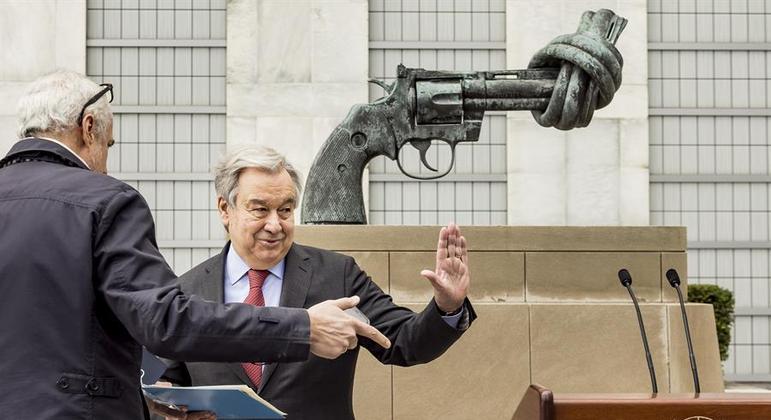 The Secretary General of the UN, António Guterres, asked this Tuesday (19) the Russia and Ukraine a four-day truce in their fighting coinciding with Orthodox Easter, that is, from next Thursday (21) until Sunday (24), when the conflict completes two months.

This truce, coordinated with the International Committee of the Red Cross, would serve to evacuate civilians and provide humanitarian aid to the “most punished” populations in eastern Ukraine, mainly Mariupol, Kherson, Donetsk and Lugansk.


Guterres said the “humanitarian pause”, he said, was being communicated in detail to the parties, but did not say whether he had already received a response from the respective governments.

The secretary general said that UN humanitarian chief Martin Griffiths had communicated this proposal to the Council of Churches of Ukraine – which includes Catholics, Orthodox, Muslims and Jews – and received their support, but made no mention of his contacts with the Russia.

In addition, he commented that the escalation of the Russian offensive in eastern Ukraine represents “the denial of the Easter message, which is the celebration of new life”.


“Hundreds of thousands of lives are at stake. Silence the weapons,” he pleaded.

Gueterers recalled that, at the moment, 12 million people need humanitarian aid in Ukraine, but predicted that this number will soon rise to 15.7 million, representing 40% of the population that remained in the country despite the fighting.

Asked about the possibility of a mission to Ukraine and Russia itself, he declined to answer the question.