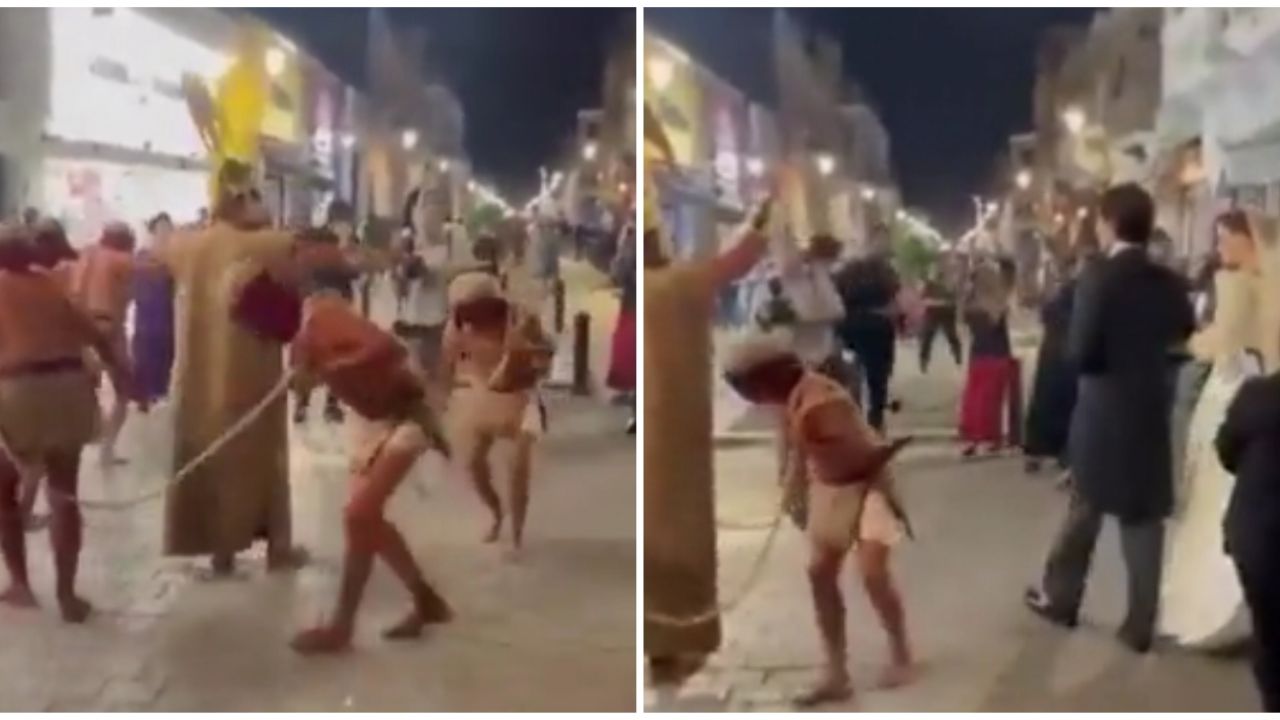 VIDEO: Wedding of elite members, in the middle of 2022, has “slaves” tied

A wedding ceremony between two members of the Peruvian and Spanish elites has generated strong criticism on social networks and, especially, among representatives of organizations in defense of pre-Columbian cultures. The party that marked the marriage of Belen Barnecheadaughter of former Peruvian presidential candidate Alfredo Barnechea, and Martín Cabello de los Cobosgrandson of the Counts of Fuenteblanca, had people dressed as slaves tied by ropes.

The wedding took place on April 9 in the Peruvian city of Trujillo. During the ceremony, the bride and groom and guests performed a kind of procession through the center of the city with people dressed as indigenous people who were enslaved by the Spaniards at the time of the colonization of Peru. Half-naked, these people walked bent over and tied by ropes around the bride and groom.

In an enclosed space where the party took place, these fictional slaves were still simulated forced labor amid the banquet of elite families.

The case generated strong negative repercussions and reached the Peruvian Ministry of Culture, which issued a rejection note the use of pre-Columbian indigenous culture for leisure purposes.

“We rebuke the inappropriate use of our cultural diversity for commercial and/or leisure reasons, as it affects the perception of it as something exotic, reinforcing historical stereotypes that do not add to the respectful treatment that Peru’s ancestral culture deserves,” reads an excerpt from the note. .

Check it out in full.