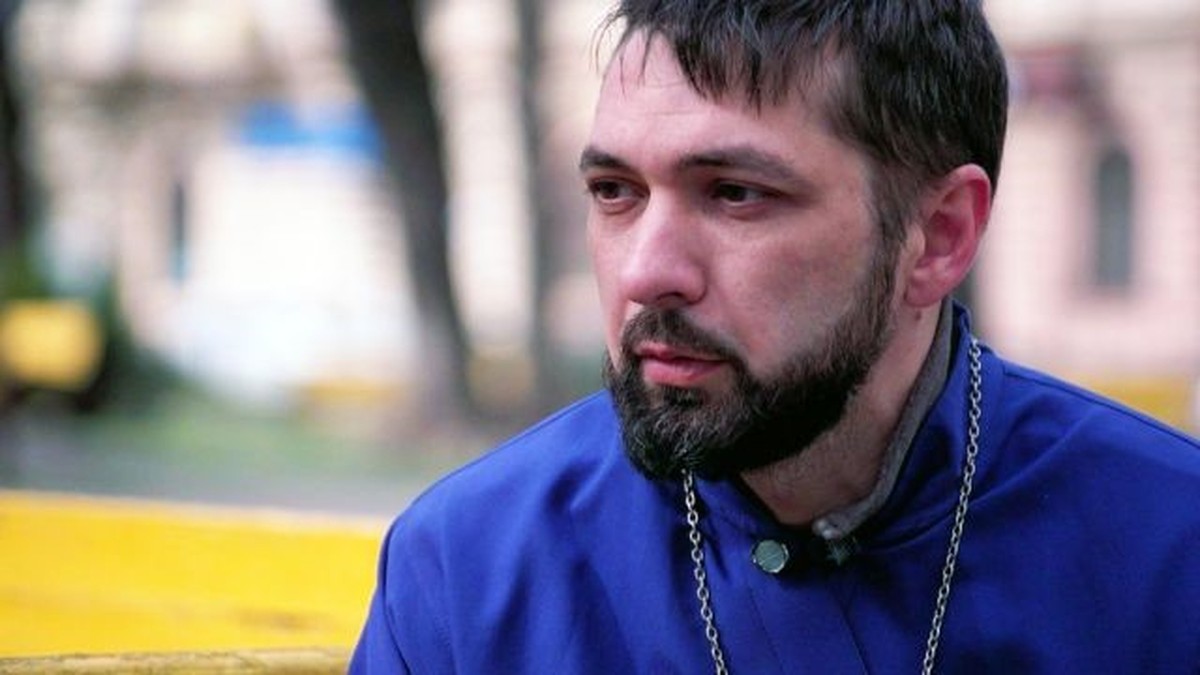 The Russian Orthodox Church echoed the Kremlin’s rhetoric in justifying the war in Ukraine.

The stance appears to be leading a large number of Ukrainian priests and members of the Orthodox Church to turn your back on Moscow.

“I will never forget the moment when I woke up early to go to Mass and suddenly heard the shocking sounds of bombing,” says Father Nikolai Pluzhnik.

Explosions are heard at the Azovstal metallurgical plant in Mariupol, Ukraine.

“The wonderful woman who cooked at our church and her son, who was in a wheelchair, were killed when an artillery shell landed on their apartment. And now I know of several other parishioners who were killed,” she added.

Like most clergy in Ukraine’s northeastern region, Father Pluzhnik belonged to the local branch of the Russian Orthodox Church, which follows the line marked by its Moscow headquarters.

But now, he said, he has asked to join the Ukrainian Orthodox Church, which finally gained independence from Russia in 2019, in a move never recognized by the Putin-ruled country.

Pluzhnik said many of his fellow priests who followed Patriarch Cyril of Moscow are doing the same because of the church leader’s stance on the war.

Father Pluzhnik and his family fled when their region was attacked and they now have a new temporary home in the western Ukrainian town of Chernivtsi.

“When the war started I was waiting for news from Patriarch Cyril of Moscow, the ‘father’ of our church. But first there was no reaction and then it got worse,” he said.

“Patriarch Cyril blessed the Russian army, giving his blessing to the war. Not only him, but most priests of the Moscow Patriarchate (Russian Orthodox Church), including some who have Ukrainian roots. I was in shock”, he says.

In addition to not unequivocally condemning the massacre of innocent people in Ukraine or calling for a ceasefire, the patriarch held major televised services in Moscow to bless the troops. He also suggested in sermons that the Kremlin war is only for the future of Christianity.

“What is happening today is much more important than politics,” he said last month. “We are talking about human salvation, where will humanity end up, which side is it in relation to God the savior?”

There is a religious tone to much of the Kremlin’s narrative that justifies its invasion of Ukraine. It is a struggle for the conservative ideals of the Russian Orthodox Church against a supposedly immoral outside world.

Russian President Vladimir Putin said that Ukraine is not only an “inalienable part” of Russia’s history and culture, but also its “spiritual space”.

Rowan Williams, the former Archbishop of Canterbury who was the Church of England’s spiritual leader until 2012, said he found Patriarch Cyril’s sentiments troubling.

“There are elements in the Russian Christian tradition that can get really toxic when you put a particular kind of Christian nationalism, a kind of messianic approach to the nation’s destiny, in their heads,” Williams said during a visit to western Ukraine this week.

Williams was part of a high-profile multifaith delegation that included Christian, Jewish, Muslim, Hindu and Buddhist leaders who met with refugees fleeing horrors in the east of the country.

The former archbishop has long studied and written about the positive contribution of the Russian Orthodox Church and seems deeply saddened by the role the Moscow Patriarchate is playing in the war.

“I think the growing influence in the Moscow Patriarchate of ultranationalist ideals, which often include an overtone of anti-Semitism, has been around for some time,” he said.

“Now it manifests in this very uncritical support for Russian national ambitions, a very aggressive attitude towards many other Orthodox churches,” he said.

‘Either they are blind or they are serving the devil’

Patriarch Cyril echoed Putin’s assertion that Russian speakers and followers of the Russian Orthodox Church of Moscow living in eastern Ukraine need to be freed after years of oppression.

“Our brothers and sisters were really suffering, they are suffering for their loyalty to the Church,” the patriarch said a week after the war broke out.

But Father Pluzhnik, a Russian-speaker and supporter of the Moscow Patriarchate all his adult life, was infuriated by these allegations.

“We lived in peace until they arrived. But instead of protecting us, they bombed, tortured and killed. Before the war, parishioners had complete freedom to choose which church they would serve, and simply went to the church closest to their home. For many it didn’t even make a significant difference for them to go to a church that followed Moscow or not, they just wanted to pray to God. Now that has changed,” he added.

Sergi Bortnik, professor at the Kiev Theological Academy and adviser to the Russian Orthodox Church in Ukraine, acknowledges that there has been a broad movement of people and parishes across the country who have abandoned their allegiance to Moscow.

“I think it’s maybe half of the 12,000 parishes (of the Moscow Patriarchate in Ukraine) that said they want to separate now,” Bortnik said.

“Patriarch Cyril hasn’t said anything about all the Christians in Ukraine who have been killed, so I think our church members are free to end their connection with him as patriarch,” he added.

“The connection of our entire church in Ukraine with Moscow is now in doubt,” he said.

The Kremlin’s aim, supported by the leadership of the Russian Orthodox Church in Moscow, was to unite Russia and Ukraine into a single “spiritual space”.

But the way they tried to do this seems to have had just the opposite effect.