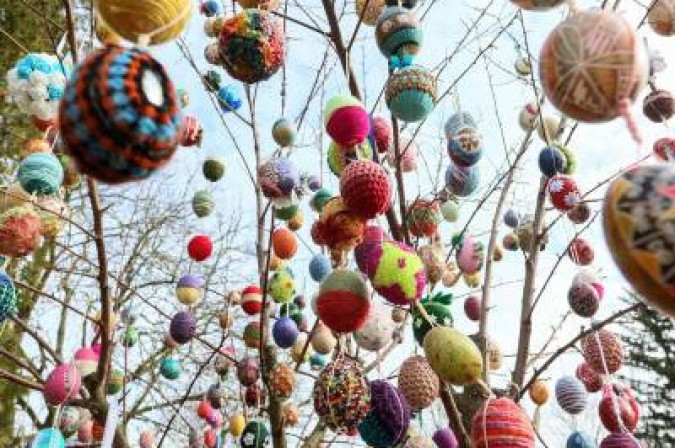 What do chocolate eggs have to do with the Lamb and God?

Abhishek Pratap 4 weeks ago News Comments Off on What do chocolate eggs have to do with the Lamb and God? 5 Views

When we talk about Easter, many associate the date with days of rest, bunny and chocolate eggs, but the holiday goes much further and even the symbols used commercially have their origins in religious history. For Christians, Easter marks the crucifixion and resurrection of Jesus Christ. It is celebrated at the same time as the Jewish holiday called Pesach, the celebration of the liberation of the Hebrews from slavery in Egypt.

Easter Sunday, when families usually get together and exchange chocolate eggs in Brazil, marks the day of the resurrection and is preceded by Holy Week, which tells the story of Christ since the Last Supper.

Most symbols related to the holiday today have their origins in Christian practices, but some have become mixed with pagan traditions throughout history. Thus, in addition to religious customs, social habits related to and lived even by those who profess other beliefs arise.

A professor in the philosophy and theology course at the Catholic University of Brasília, Gidalti Guedes da Silva explains that society used to be almost completely embedded in religious rites, but the division between State and Church kept society away from some symbologies.

Although they moved away from religious interpretation, many maintained the celebration. “Christian festivals are very much linked to commensality, they revolve around food and family gatherings. This strengthens the family and social groups, so it continues to be maintained.”

Although the exchange of chocolate eggs is an important part of the Easter celebration in Brazil and elsewhere in the world, few know what it means. Eggs are historically associated with fertility and the emergence of new life.

Peoples of antiquity presented themselves with decorated eggs, in celebrations of the new year and seasons, marking the arrival of new life through the harvests. Although there are several records of ancient rituals, there is no historical proof of when the association with Easter occurred. “Humanity has always had fertility cults and many of these symbols are repeated in different times and cultures, consolidating themselves. Festivities based on gratitude to deities are also part of human history”, says Gidalti.

Although there is no consensus, it is widely accepted that the reasons for the consolidation of the tradition of exchanging decorated eggs and hiding them for children to find are connected to the concept of rebirth and renewal. Chocolate eggs are believed to have been created in France in the 19th century and popularized at Easter. Over the years, the custom has consolidated.

Father Rafael Souza dos Santos, parish priest of Nossa Senhora da Saúde Parish, explains that, religiously speaking, it is okay to use decorated or chocolate eggs to show affection and include children in the celebrations. “There is nothing wrong, we even do it in churches. The important thing is not to reduce the resurrection to a commercial date. The exchange of chocolates is a way of affection and of celebrating family unity, but without forgetting Jesus and the real meaning of Easter.”

Like the egg, the rabbit, capable of having litters of up to 10 bunnies four to eight times a year, is often associated with fertility. There are historical records that show that in Ancient Egypt the mammal was synonymous with abundance of life. There are also those who associate the animal with rebirth as it is one of the first mammals to come out of the burrow after the end of winter.

“From a historical perspective, it is not possible to specify the origin of the rabbit and Easter eggs. At most, it is possible to know that there is not a single version, but several, all valid, narrated by the most different peoples and cultures”, explains the doctoral student. in history from the University of Campinas (Unicamp) Jefferson Ramalho. Father Rafael believes that the association of the rabbit with the distribution of eggs is strongly linked to commerce and advertising.

Gidalti believes that there is a kind of convenience in replacing the true symbols of Easter with friendlier things. For him, historically, Christian holidays are domesticated and turned into something softer. “Easter is also the passion of Christ, the crucifixion. It is the persecution and death of innocent people by an ideology, it is a celebration that fights the system”, emphasizes the professor.

Father Rafael recalls that, even though most people immediately think of chocolates when they hear about Easter, one of the main symbols for Christians is the Paschal Círio. Lit up, he is the Light of Christ. The candle has an inscription in the shape of a cross and the letters Alpha and Omega, the first and last letters of the Greek alphabet, indicating that Jesus is the beginning and the end. In the wax, five incense spikes are usually inlaid, symbolizing the wounds of Christ.

The Lamb and the Cross

The animal, which was formerly sacrificed in rituals, symbolizes Christ’s sacrifice to atone for the sins of mankind. Therefore, Jesus is called the Lamb of God. The cross is the way Jesus dies to bring salvation, making it also an important landmark in Catholicism.