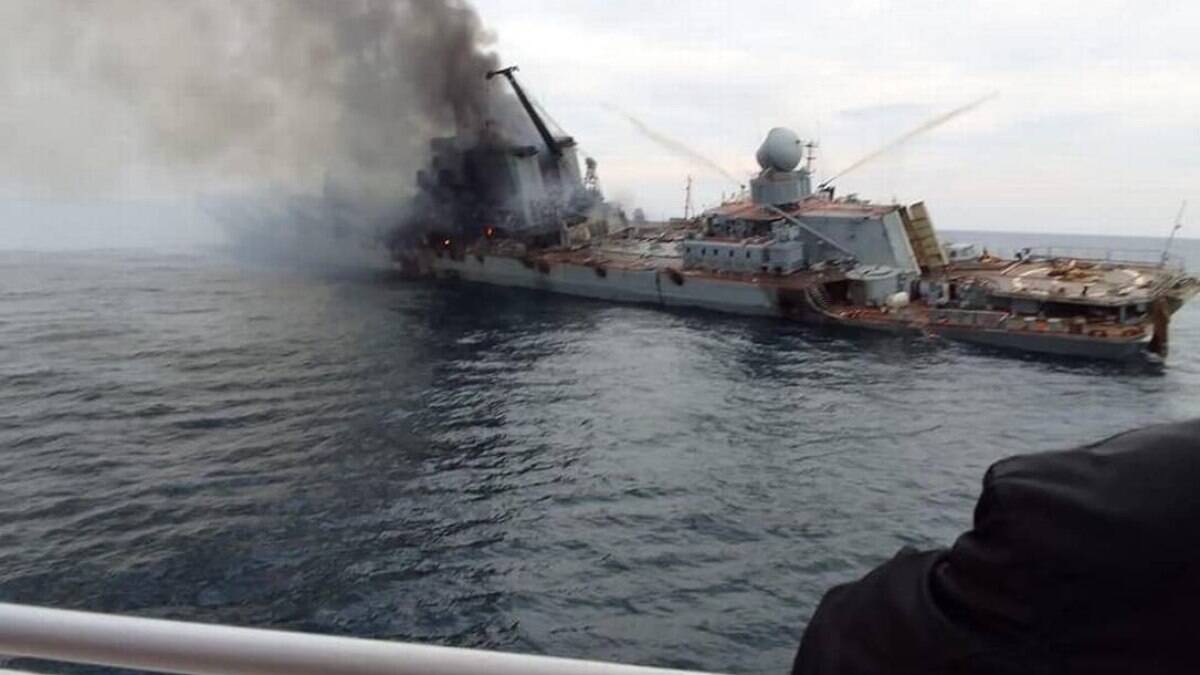 At least 37 people died, 100 were injured, and hundreds were missing, after the sinking of the ship Moskva, an important piece for Russia in the Black Sea, according to the portal “Meduza”, independent of the Russian government, citing as a source close to the command. of the fleet. The bodies of the victims were reportedly sent to Sevastopol, Crimea, last Friday, the 15th.

The official statement from the Russian Defense Ministry says, on the other hand, that the crew was withdrawn, without giving any list of casualties, and justifies the episode as a result of a fire caused by the explosion of ammunition. Ukraine, however, says that his forces sank the ship in a missile attack.

In recent days, testimonies published in the press and posted on social media mention missing sailors, whose number is not yet known. In total, there were about 500 people on board. At a ceremony in tribute to the sunken ship, journalists noticed a memorial ribbon that read: “To the ship and its sailors.”

Among the dead were Petty Officer Ivan Vakhrushev and First Class Sailor Vitaly Begersky, Meduza reported on the 18th. Vakhrushev’s wife and Begersky’s cousin confirmed their deaths to Radio Liberty and the website “.

A man who lives in Crimea, identified as Dmitri Shkrebrets, introduced himself as the father of a missing man and posted a message on the social network Vkontakte on Sunday in which he asked why his son, a mere recruit, was in a combat zone.

Also in Crimea, a woman identified as Yulia Tsyvova told the BBC that her 19-year-old son Andrey served in Russia’s Black Sea Fleet as a conscripted sailor and is missing.

In the Sverdlovsk region of Russia, a mother named Anna Syromyasova wrote on social media that her son also disappeared aboard the Moskva.

“There are no lists. We look for them ourselves. They don’t tell us anything,” she explained.

On Tuesday, the Kremlin declined to comment on reports of sailors missing from the sinking of the Moskva.

According to the Defense Ministry, the ship suffered “an ammunition detonation” that set off a fire. The battleship then supposedly sank while being towed into port due to a storm. But Ukrainian officials say they hit the Moskva with several R-360 Neptune anti-ship missiles.

“All information is released by the Ministry of Defense. We do not have the prerogative to communicate,” said presidential spokesman Dmitri Peskov.

On Saturday, the Russian Defense Ministry released a video that it presented as the encounter between a navy commander and dozens of those rescued from the ship.

Russia admitted on March 25 1,351 casualties among its forces during the operation in Ukraine, a figure impossible to verify with independent sources and which has not been updated since.

Food maven. Unapologetic travel fanatic. MCU's fan. Infuriatingly humble creator. Award-winning pop culture ninja.
Previous On the verge of a default, is Russia in a position to continue the war in Ukraine?
Next Cardiologist points out 5 physical symptoms of anxiety