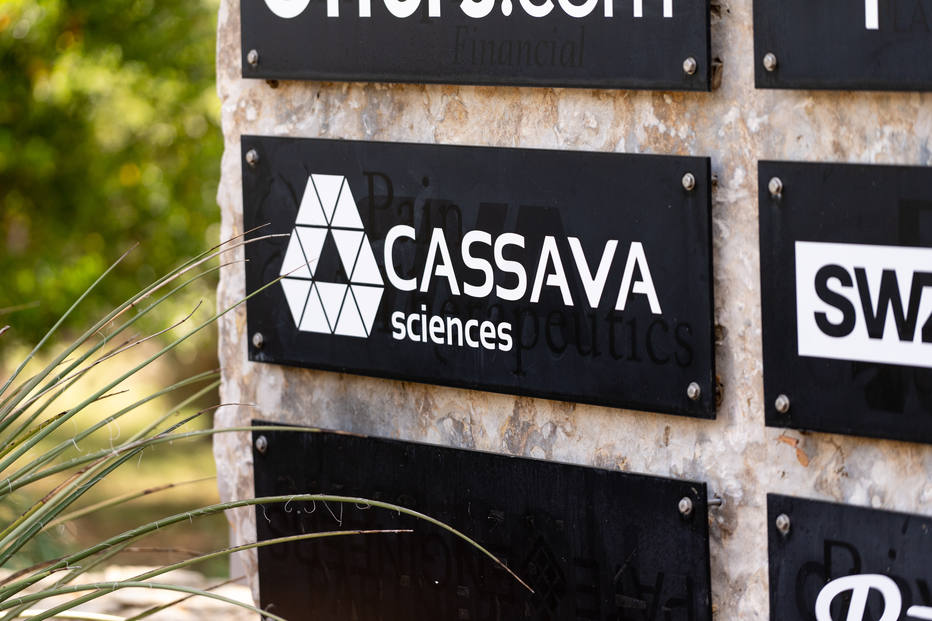 Alzheimer’s: Why Scientists Are Mistrustful of New Experimental Drug

​A small biotechnology company that announced a new treatment for Alzheimer’s is now being criticized for irregularities in its research results, after several studies related to its work were withdrawn or questioned by scientific journals.

Cassava Sciences, based in Austin, Texas (USA) announced in 2021 that its drug, simulate, improved cognition in Alzheimer’s patients in a small clinical trial, describing this result as the first advance in treating the disease. Later, the company began a larger trial.

The drug’s potential has attracted enormous attention from investors. Alzheimer’s disease affects an estimated 6 million Americans, a number that is expected to double by 2050, and effective treatment would be profitable. Cassava Sciences shares rose by more than 1,500%. The company was worth nearly US$5 billion (about R$23 billion) last summer.

But many scientists have been deeply skeptical of the company’s claims, saying Cassava Sciences’ studies were flawed, its methods opaque and results unlikely.

The families of some study participants said they see improvements. But critics noted that the study reporting better cognition due to Simufilam did not have a placebo group and claimed that Alzheimer’s patients were not followed long enough to confirm that any improvements in cognition were genuine. Some experts went further, accusing the company of manipulating its scientific results.

In response to the allegations, in December, the The Journal of Neuroscience published “expressions of concern” – which indicates that the editors have reason to question the integrity and accuracy of the article – about two brain studies authored by the company’s main contributor, Hoau-Yan Wang, a professor at the City University of New York. One was co-written by Lindsay Burns, chief scientist at Cassava Sciences. The journal’s editors also noticed errors in the images accompanying the latest study.

In March, the magazine Neurobiology of Aging attached an expression of concern to another Alzheimer’s publication by Wang and Burns, among others, that has been instrumental in the company’s treatment hypothesis. The editors “found no convincing evidence of data manipulation intended to misrepresent the results,” but went on to list a variety of methodological errors. Both magazines said they would wait to take further action pending an investigation by Wang’s employer, CUNY.

Wang did not respond to requests for comment. The university declined to confirm or deny that an investigation was underway.

On March 30, another scientific journal, PLoS One, withdrew five articles by Wang after a five-month investigation into “serious concerns about the integrity and reliability of the results,” according to a spokesperson for the magazine. Two of the papers, co-written by Burns, were about a brain protein targeted by the Cassava Sciences drug.

The report of The New York Times contacted nine prominent experts to comment on the scientific underpinnings of Cassava Sciences trials. All said they did not trust the company’s methods, results, or even the underlying premise of the drug’s supposed effectiveness.

Roger Nicoll, a neuroscientist at the University of California, in San Francisco, said he was particularly irritated that Cassava Sciences’ work is partially funded by taxpayers. In all, the company received more than US$ 20 million (about R$ 93 million) from the National Institutes of Health. “This drug should not be given to patients. It never should have been. Never,” he said. “The longer this goes on, the more outraged I get.”

Cassava Sciences founder and CEO Remi Barbier said many of his critics were “bad actors” with financial conflicts of interest. He said the data manipulation allegations were false and noted that some were disclosed in secrecy, trying to drive down the company’s share price to profit.

“They have gone and continue to go to unrealistic extremes to impede our progress,” Barbier wrote in an email. “The effort to tarnish Cassava Sciences seems never-ending.”

Cassava is new to Alzheimer’s research. Until 2019, it was called Pain Therapeutics, and its product Remoxy — a gel form of the opioid oxycodone that was intended to prevent drug abuse — was a favorite with investors. But the Food and Drug Administration (FDA), the health regulatory agency in the United States, has repeatedly rejected the drug and berated the company for promoting Remoxy before approval.

According to Cassava Sciences, Simufilam restores the normal shape and function of a protein called filamin A that deforms in the brains of people with Alzheimer’s disease and thus delays dementia and improves cognition.

But Alzheimer’s experts said they knew of no independent studies that supported this hypothesis or explained the results. “The general conclusions about Alzheimer’s disease don’t make any sense to me,” said Thomas Südhof, a Nobel Prize winner and Stanford neuroscientist. Cassava’s theories “are not in the mainstream of the field and, to me, seem implausible and artificial,” he said.

In its articles, the company said the theory is supported by strong evidence. “But really, all the evidence seems to be from this lab,” said Lawrence Honig, an Alzheimer’s disease specialist at Columbia.

The criticisms and retractions damaged Cassava Sciences’ reputation. This month, the company told investors it had enrolled just 60 of the 1,750 participants it needed for the Alzheimer’s test. On Monday, the company’s stock was trading at $25 a share, down from last summer’s high of $135.

Cassava was, in fact, the subject of short selling tactics. In August, two scientists filed a citizen petition with the FDA, using a law firm that represents whistleblowers and citing “grave concerns about the quality and integrity” of the company’s research. Its shares are down about 30%. The two scientists held a short position in Cassava stock and profited from its decline, which undermined the credibility of their petition. Both have already disposed of these financial positions.

The FDA denied the petition “only on the grounds that its requests are not the proper subject of a citizen’s petition,” according to its statement. But the employees of FDA also acknowledged the issues raised and said their response did not represent “a decision by the agency to take or refrain from taking any action”.

A spokesperson told the Times that “the FDA, as a matter of policy, does not discuss possible or ongoing investigations.” The scientists, Dr. Geoffrey Pitt of Cornell and Dr. David Bredt, a neuroscientist, declined to comment, as did the attorney who represented them.

The Securities and Exchange Commission is investigating allegations that the company manipulated the survey results, the Wall Street Journal reported. The National Institutes of Health are also investigating, Barbier acknowledged.

Cassava said in a securities filing in November that it was cooperating with “certain government agencies” that asked the company to provide corporate information and documents for ongoing investigations. “No government agency has informed us that any wrongdoing has occurred by either party,” the company said.

The most striking evidence of Simufilam’s effectiveness was an improvement in cognition in two-thirds of patients after taking the drug for one year. Some of the 50 patients had no neurological or psychiatric symptoms at that time, the company said.

But this study did not compare the drug to a dummy treatment or placebo, other researchers noted. All participants in this study received the drug and were aware of it, and the reported improvement may have been a result of their positive expectations — the so-called placebo effect, which was particularly strong in Alzheimer’s trials.

For a drug to improve cognition scores, it would have to have the “extraordinary effect of actually reversing neurodegeneration,” said Dr. Robert Howard, professor of elderly psychiatry and clinical trial design expert at University College London.

“Generally, in this area, we would consider slowing or stopping cognitive decline a win,” he said. To claim that patients are actually improving, based on small numbers, “is implausible to say the least,” he added.

Cassava reported that initial analysis of a study that included a placebo group showed “highly anomalous” data, so the data was reanalyzed by an “outside” laboratory. The company later acknowledged that the second analysis was, in fact, conducted by its collaborator, Wang.

“If the data is suspect in important papers, and not just minor errors, you can’t trust anything,” said George Perry, a neuroscientist at the University of Texas at San Antonio and editor-in-chief of The Journal of Alzheimer’s Disease, who works on company boards with other drug candidates. “This will have to be independently validated.”

The experts also pointed out several methodological oddities in the company’s work. For example, Cassava pointed to changes in the levels of certain molecules in the cerebrospinal fluid, or CSF, as evidence of Simufilam’s effectiveness.

But the levels the company reported are out of range for the testing method used, said Dr. William Hu, an expert in spinal fluid markers at Rutgers, who works with several companies that develop these tests. A marker of inflammation was much higher than what is typically reported for patients with Alzheimer’s disease, he said. “There is a clear discrepancy for those of us working with CSF biomarkers,” said Hu. “This kind of discrepancy really raises questions in terms of the rigor and reliability of these results.”

Honig said the company’s reliance on an outdated lab technique called Western blotting, used to detect proteins, was unusual because it lacks “the sensitivity, reproducibility or precision” of newer methods.

In another set of experiments, Cassava Sciences reported data suggesting its drug was able to restore the shape of most of the protein filamin A in the brain — a dramatic recovery that Südhof, who consults for pharmaceutical companies and serves on the board of Sanofi, questioned. “There is no possibility, no rational way for that to happen,” he said.

Elisabeth Bik, a leading expert in image manipulation, became aware of the company last summer after short sellers filed the FDA petition. In a series of Twitter posts, blog posts and the PubPeer website, Bik pointed to signs that, she said, some results were copied and pasted from other experiments. Based on the pattern of irregularities in the images in various newspapers, she believes that “it is highly likely that there was some manipulation”.

Charles Spruck, a cancer researcher at the Sanford Burnham Prebys Medical Discovery Institute in San Diego, who has more than 25 years of experience with the Western blot method, said he believed the anomalies in these images could be the result of simple errors or quirks in the technique. .

Irregularities or errors in one or two images could be due to chance, but “when you see it repeatedly, it’s unlikely you could accidentally do it,” said Dr. David Vaux, deputy director of scientific integrity and ethics at the Walter and Eliza Hall Institute for Medical Research in Australia.

Barbier dismissed the criticism, saying the irregularities did not affect the company’s research results. “These background pixels have no impact on the data or its interpretation,” he said, adding, “We support Professor Wang 100%.”