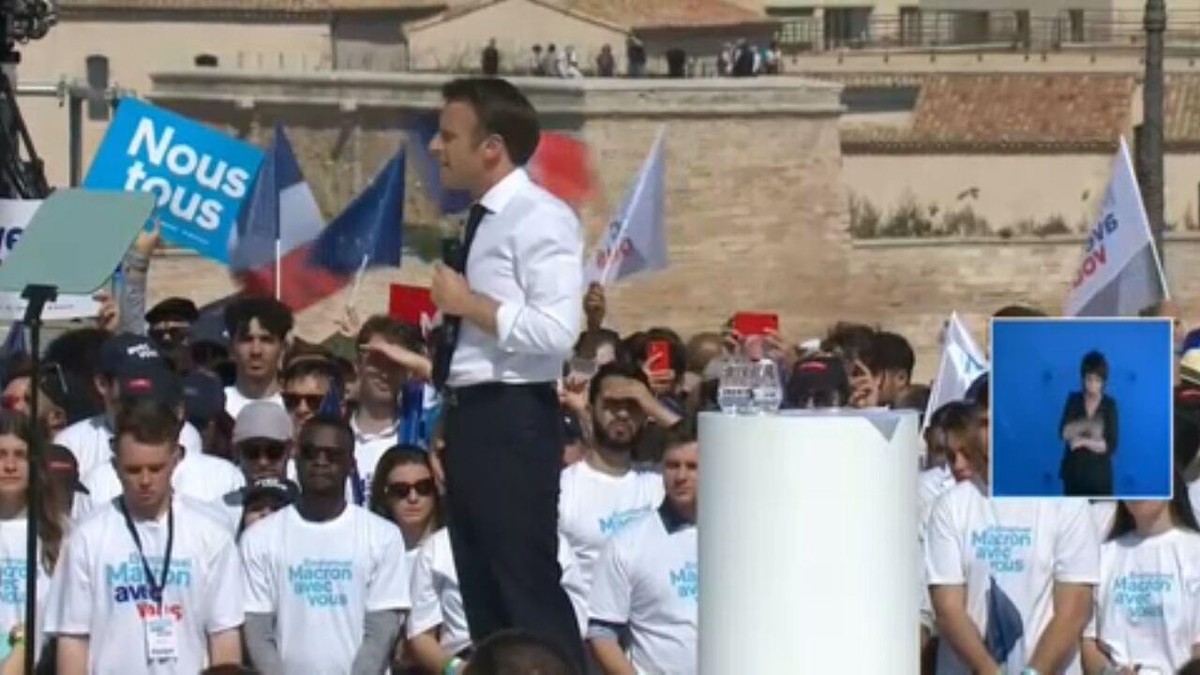 French President Emmanuel Macron’s lead in polls for the second round of the country’s April 24 presidential election rose further on Tuesday, with three polls putting him at the highest level since before. of the first round.

Macron’s average score across the three polls rose to 55.83%, up more than 3 points from an average of 52.7% across five polls on April 8.

Macron won the 2017 elections with 66.1% of the vote, also against Le Pen, but the race is now much tighter, with Macron suffering criticism for his handling of the Covid-19 crisis and his economic policies.

Debate between the two candidates

The two booked this Tuesday (19) for the preparation of the crucial televised debate on Wednesday (20), with the hope of tipping the presidential balance in their favor, five days before the second round in France.

“I will prepare for the debate at home, as I do for all debates,” said Marine Le Pen, who on Monday met with voters in Normandy, in the northwest of the country, before facing the final stretch of her third presidential campaign.

The 2017 debate was terrible for the far-right candidate, criticized for being aggressive and unprepared for the occasion. A few days later, she admitted a strategic error, a mea culpa that she reiterated in the current campaign.

Macron took advantage of Easter Monday, a holiday in France, to give three interviews to radio and television stations, in which he drew attention to two issues: the abstention of voters and the consequences of an eventual arrival of the extreme right to power. .

“Think about what British citizens were saying a few hours before Brexit or in the United States before the vote on (Donald) Trump: ‘I’m not going to attend, what’s the point?’ I can say that the next day they regretted it,” he told France 5 channel.

Macron has tried to characterize Le Pen as a radical. In the first round, she managed to avoid the image of radical politics by avoiding issues such as migration or security.

After a discreet first round and in which she presented herself as a defender of purchasing power, Le Pen, 53, is now seeking to reassure the French about her eventual government. She claims, for example, that she will run France as a “mother of a family”.

The debate scheduled for Wednesday night will be moderated by journalists Gilles Bouleau, from the private channel TF1, and Léa Salamé, from the public channel France 2.

This will be the first of these elections that will feature Macron, who refused to meet rivals in the first round.

The candidates want to attract the supporters of the leftist Jean-Luc Mélenchon, the third most voted in the first round (21.9%) and who asked his voters not to give any vote to Le Pen, but without asking for a vote directly for Macron.

Based on this appeal, a poll of more than 200,000 people who supported Mélenchon’s candidacy showed two-thirds in favor of a null, blank or abstention vote in the second round. The remaining third supported voting for the current president.

Emmanuel Macron arrives to deliver his speech at the campaign headquarters in Paris this Sunday, 10. — Photo: Thibault Camus/AP

To try to convince them, Macron took a step back on his main proposal – raising the minimum retirement age from 62 to 65. The day after the first round, he declared himself open to increasing it to 64 years.

He is also trying to get rid of the image of “president of the rich” and has presented himself, for a few weeks, as someone close. One of the most recent demonstrations is a shirtless photograph, lying on a sofa, after a rally in Marseille.

Most of the candidates defeated in the first round asked to vote for Macron or against Le Pen. The latter also has the rejection of unions, athletes and actors

Five days before the second round, the president received the support of his father, Jean-Michel Macron, who in an interview with the newspaper “L’Est républicain” said that he has “a lot of admiration” for his son and that the French are “very ungrateful” about his first term.

If Macron is re-elected, Prime Minister Jean Castex announced that he would resign from the government a few days later, without waiting for the legislative elections in May, because in his opinion a “new impetus” is needed.