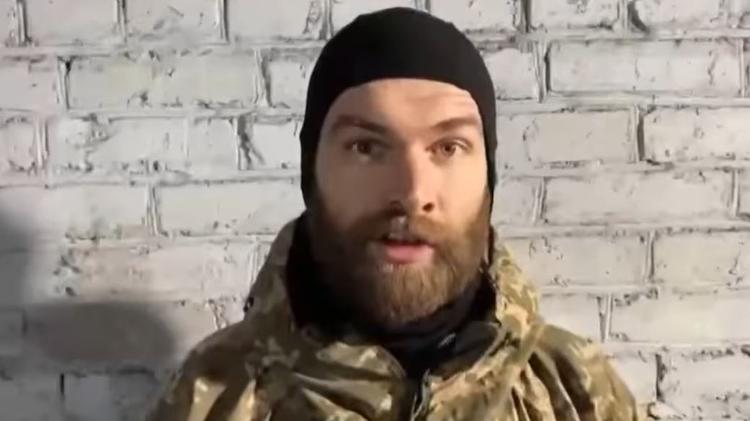 Commander of Ukraine’s 36th Marines Brigade, Serhiy Volynsky called for soldiers and civilians in Mariupol, a Ukrainian city besieged by the Russians, to be evacuated from the Azovtal factory. In a video message, released today by Ukrainian media outlets, Volynsky said that “this could be the last call.” “We may have a few days or hours left.” At least 500 soldiers are said to be injured at the site, which also houses civilians.

The Russian Defense Ministry renewed the ultimatum to the Ukrainian military at the Azovtal steelworks in Mariupol, southern Ukraine. The deadline was until 8 am, Brasília time, this Wednesday (20), the 56th day of Russia’s war on Ukrainian territory. After the hour, there has been no Ukrainian surrender so far and no further Russian demonstration about it. The factory is the main bastion of resistance remaining in Mariupol.

At the same time there will be an evacuation corridor, which the Ukrainian government said it managed to negotiate. “Given the catastrophic humanitarian situation in Mariupol, it is in this direction that we will focus our efforts today,” said Deputy Prime Minister of Ukraine Iryna Vereshchuk. “We managed to agree in advance a humanitarian corridor for women, children and the elderly.”

Mariupol Mayor Vadym Boychenko also urged residents to evacuate the city. “Already 200,000 residents of Mariupol have managed to leave the city. Today these people are safe.” Boychenko estimates that 6,000 civilians will be evacuated from Mariupol.

The Russian offensive to seize eastern Ukraine continues today with hundreds of attacks. Ukraine’s Defense Ministry said Russia “is trying to continue operations” to strike in the east “to establish full control over the territory of the Donetsk and Lugansk regions”, which form the breakaway Donbass area. “The enemy continues to launch missiles and bombs against military and civilian infrastructure across Ukraine.”

On negotiations to end the war, Russia said today that “the ball is in the Ukrainian side”. Also on Wednesday (20), Russian President Vladimir Putin again said that he was “forced”, had no choice but to launch a “special military operation” because of pro-Russian groups in Ukraine’s breakaway areas.

According to the UN (United Nations), more than 5 million people have already left Ukraine due to the conflict promoted by Russia.

According to the commander of the 36th Brigade, there are ten Russians for every Ukrainian serviceman in Mariupol. “They have dominance in the air, in the artillery, in personnel operating on land, in equipment and tanks,” Volynsky said in the video. “We are only defending in one place, the Azovstal factory, where, in addition to the military, there are also civilians who are victims of the war.”

The commander appealed to “world leaders” for help. “We are asking to apply the ‘extraction’ procedure, indicating that they would like to be taken to another country.

According to Volynsky, there are more than 500 wounded soldiers at the scene, and hundreds of civilians, including children and women.

“While Russia cynically drops heavy bombs on people’s heads, our military reports that there are 500 wounded soldiers and several hundred civilians on the plant’s territory,” said Ukraine’s Center for Strategic Communications and Information Security, which alleges the attacks to Azovstal continue.

Russia’s Defense Ministry said its Armed Forces, “guided by purely human principles”, gave a new deadline today “to stop any hostilities and lay down their arms”. “All who laid down their arms were guaranteed the preservation of life.” According to the Russian agency RIA, five Ukrainian soldiers surrendered in Mariupol. The information could not be verified with independent sources.

The Russian army and its separatist supporters have been trying for nearly two months to take control of Mariupol, a major port city devastated by bombing and on the brink of humanitarian catastrophe. The last Ukrainians defending the city are mainly entrenched in the Azovstal metallurgical complex, a cluster of factories and underground passages from which Russian forces are trying to evict them.

About Mariupol, the Ukrainian Defense, in its report today, only said that “the main efforts of the enemy are focused on capturing the city, continuing the assault in the area of ​​the plant”.

In its report today, Russian Defense said that “1,053 objects of Ukrainian military infrastructure” were attacked. “Among them, 31 command posts, six fuel and lubricant depots, 910 enemy strongholds and manpower concentration areas, as well as 106 artillery firing posts were destroyed,” the statement said.

Yesterday, at least nine Russian air equipment was destroyed in southern and eastern Ukraine. The information, from both Russians and Ukrainians, could not be verified with independent sources.

The Ukrainian Defense, however, reinforced the complaint that “it has not received new aircraft from partners”. But it indicated that “with the help of the United States government, the Ukrainian Air Force received spare parts and components for the restoration and repair of the aircraft fleet.”

In addition to Mariupol, fighting is most intense in eastern Ukraine. The Ukrainian Defense Ministry today reported “attempts to attack” in the localities of Sulygivka and Dibrivne, in the Kharkiv region, as well as in the important cities of Rubizhne and Severodonetsk, in the Lugansk region.

The governor of Lugansk, Sergei Gaidai, has again appealed for civilians to flee the area. “The situation gets more complicated by the hour,” he warned. The bombing also intensified south, another front line. The towns of Mala, Tokmak and Orekhov, 70 kilometers south-east of Zaporizhzhia, have suffered from increased violence.

Officials in Mykolaiv, in southern Ukraine, are accusing Russia of wanting to create a “new Mariupol” in the city, attacking civilian infrastructure supplies to force a surrender by the military defending the site. “We don’t have water anymore because of the bombings on vital structures for the population and now they are trying to do that with electricity,” the city’s communications adviser, Dmytro Pletenchuk, told Ansa news agency.

Mykolaiv, capital of a homonymous region, was heavily attacked today and the local mayor, Oleksandr Senkevich, asked citizens to hide in shelters from air attacks, as reported by the newspaper “Kyiv Independent”. Ukrinform, citing local sources, said Wednesday’s attacks had destroyed the city’s main hospital. The Ukrainian city is close to the Black Sea and is one of the targets of the new Russian offensive.

Russia said it had given Ukraine a “draft document” for a deal, Russian government spokesman Dmitry Peskov was quoted as saying by Russian news agency Tass. “[O documento] includes elaborated absolutely clear formulations. The ball is in their court, we are waiting for an answer,” he said today, without going into details about the points of the agreement.

According to Peskov, Putin believes that “the Ukrainian side is constantly deviating from previously established agreements.” “This has very bad consequences in terms of the effectiveness of the negotiations.” The spokesman also said he believed that “the dynamics of work on the Ukrainian side leave much to be desired”, with Ukraine showing “no great inclination to step up the negotiation process”.

Ukrainian President Volodymyr Zelenskiy, however, said on Wednesday he had not seen or heard of a document.

“History Will Not Forget”

European Council President Charles Michel was in Borodianka, near Kiev, the scene of “massacres” of civilians, according to Ukrainian authorities. “In Borodianka, as in Bucha and so many other cities in Ukraine, history will not forget the war crimes that were committed here,” said the EU (European Union) leader. “There can be no peace without justice,” he added.

Michel also met with Ukrainian President Volodymyr Zelensky in Kiev. “Great friend of Ukraine,” Zelensky said. According to the Ukrainian president, “sanctions against Russia, defense and financial support” to Ukraine and “answers to the questionnaire on compliance with EU criteria” were discussed.