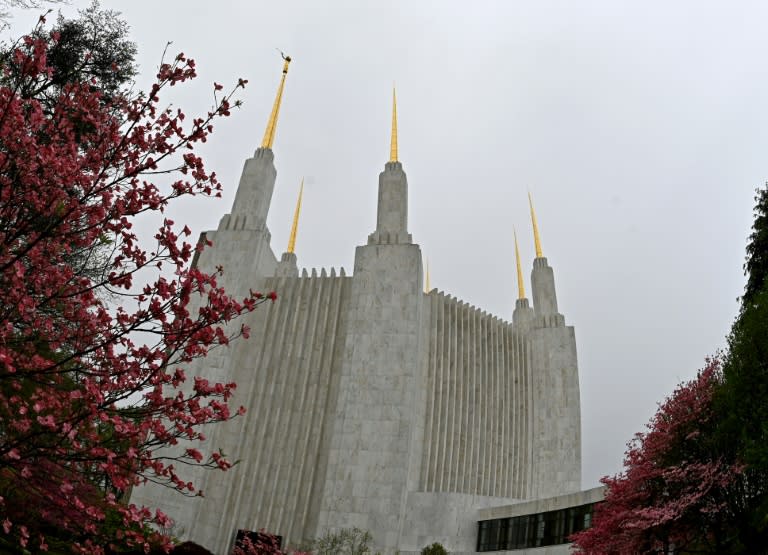 Like something out of a science fiction book, with its six gilded towers and pristine white walls towering over the surrounding trees, Washington’s Mormon temple puzzled those who weren’t allowed inside for decades.

The mystery will soon be solved: for the first time in nearly half a century, the temple will open its doors to the general public.

One of the most mysterious in the American capital, this building is generally accessible only to members of The Church of Jesus Christ of Latter-day Saints, for whom family, chastity and missionary work are core values.

“People think what we do in here is secret, but as you saw today, it’s just sacred. Very sacred to us,” senior congregation official Kevin Duncan told AFP.

On Monday (18), during an exclusive press opening, the mysterious temple welcomed visitors from outside its community for the first time since 1974. Visitors had to put on white ballet shoes to discover the silent and luxurious interior with its thick carpet and immaculate and gilded surfaces.

According to the church, the last time non-Mormons were allowed in, in 1974, some 750,000 people visited this church located in Kensington, Maryland, just a few miles from the Washington, D.C. border. lady of the time, Betty Ford.

The temple closed in 2018 for renovations and reopened in 2020, before the Covid-19 pandemic altered the calendar.

Prospective visitors must book entrances to the temple from late April through early June.

Inside, it is possible to discover the rituals of the Church, in which, upon entering, its members change their street clothes to dress in white. For them, this is one of the most sacred places on the planet.

The Church of Jesus Christ of Latter-day Saints has its origins in the early decades of the 19th century in the United States. The name “Mormon” refers to the “Book of Mormon”, published in 1830 by its founder, Joseph Smith, and accepted as sacred scripture.

At the Washington Temple, the curious can also visit the baptistry, where a small basin is mounted on the backs of 12 life-size white marble statues representing the 12 tribes of Israel. In the Mormon faith, baptism by immersion in the temple is reserved for the dead.

The Church allows its members to be baptized in the name of their ancestors, and it is up to the souls of the deceased – if they exist, and the Church firmly believes that they do – accept (or not) the “gift”. Ordinary baptisms are performed in other temples.