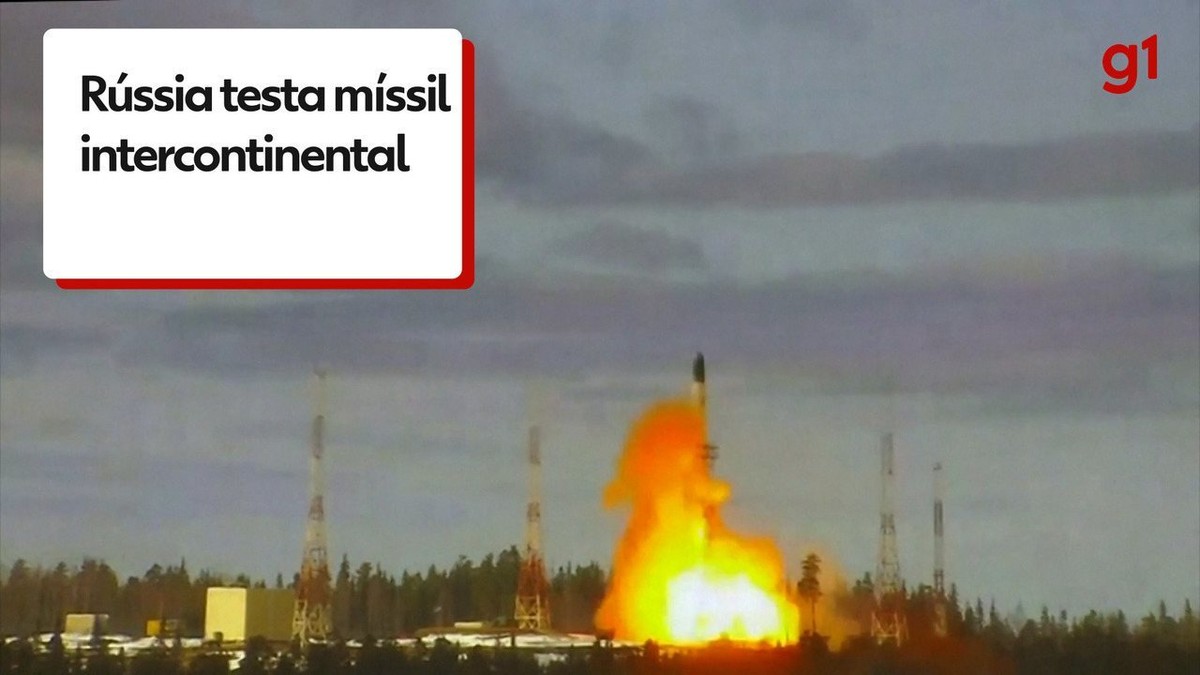 Russia announced on Wednesday that it had tested its new intercontinental ballistic missile Sarmat, a strategic weapon that Russian President Vladimir Putin said has nothing like it in the world and will give those trying to threaten Russia reason to think.

According to Reuters, Putin appeared on TV receiving information from members of the Armed Forces that the missile was launched from Plesetsk, in the northwest of the country, and hit targets on the Kamchatka peninsula, in Russia’s far east.

“The new complex has the highest tactical and technical characteristics and is capable of overcoming all modern missile defense means. It has nothing like it in the world and will not have it for a long time,” Putin said.

According to information from the Russian Ministry of Defense, the launch took place at 15:12 Moscow time (9:12 GMT). The Russian body also stated that it will replace the Voyevoda missile system.

The Sarmat is a heavy intercontinental ballistic missile that Russia is expected to deploy with 10 or more warheads on each missile, according to the US Congressional Research Service.

According to the Russians, the Sarmat is the most powerful missile with the longest range in the world to hit targets, which significantly increases the combat power of the country’s strategic nuclear forces.

Vladimir Putin, President of Russia, during a meeting with leaders of the armed forces — Photo: Sputnik/Mikhail Klimentyev/Kremlin via REUTERS

It has been in development since 2017 and so its test launch comes as no surprise to the West, but comes at a time of extreme geopolitical tension due to Russia’s war in Ukraine.

Another launch of it had taken place in 2018. At the time, NATO called the weapon the Satan 2, in reference to a bomb built by the Russians in the mid-20th century.

“This launch is the first in the state test program. Upon completion of the test program, the Sarmat missile system will enter service with the Strategic Missile Forces,” reads a statement from the Russian Defense Ministry.

Image released by the Russian army in 2018 shows the functioning of a missile capable of dodging radars and reaching long distances — Photo: RU-RTR via AP