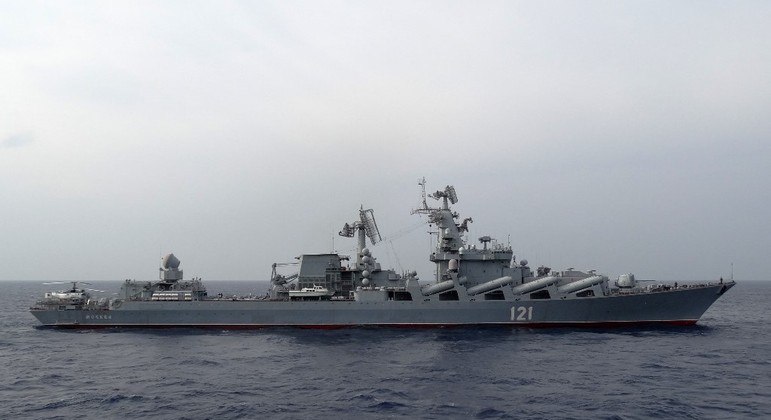 THE sinking of Russia’s main ship in the Black Sea, the cruiser Moskvaleft 37 dead, according to the independent Russian portal Meduza, which cites anonymous sources.

About 500 people were on board the ship, which according to military sources sank after being hit by two Neptune missiles, of which approximately 100 were injured. The number of missing is still unknown.

The Meduza portal, which was declared a “foreign agent” and blocked by the Russian government in March but continues to operate from Latvia, cites as a source of this information “a person in charge” of the Navy in the Black Sea.

The sinking of the Moskva took place last week and has been confirmed by the Russian Defense Ministry, although so far it has not specified the circumstances. Hours earlier, Kiev reported several explosions on the ship, caused by the impact of Ukrainian missiles.


The ship attempted to be towed to a safe harbor, while Russian command assured that the crew had been evacuated. Moscow eventually confirmed the sinking, which it attributed to “circumstances” arising from a storm.

The German newspaper “Frankfurter Allgemeine Zeitung” claims in Tuesday’s edition, based on anonymity of Russian sources, that there were recruits aboard the Moskva, contrary to official versions of the Kremlin.

The sources also deny that the entire crew of the Moskva was rescued.

“It is a lie, a vulgar and cynical lie,” wrote Dimitri Schkrebes on Russian social network VKontakte about the official version of the Kremlin.

According to the newspaper, the eldest son of Schkrebes, Jegor, was recruited at the end of last year, in Yalta, to carry out his military service aboard the Moskva, where he served as a cook.

The newspaper indicates that some journalists referred to an article in a Russian Navy publication last December, in which a photo of Jegor Schkrebes, who is identified as a cook, appears.


Dimitri Schkrebes claims that his son is on a list of missing members of the Moskva crew.

Russian newspaper Novaya Gazeta, which has suspended publication in Russia and now has a European online edition, last weekend published the account of a woman whose son also served aboard the Moskva, she said.

The woman, who declined to be identified for fear of reprisal, says her son survived, called from Ukraine last Friday and told her about 40 people had died, many were injured and others were missing.