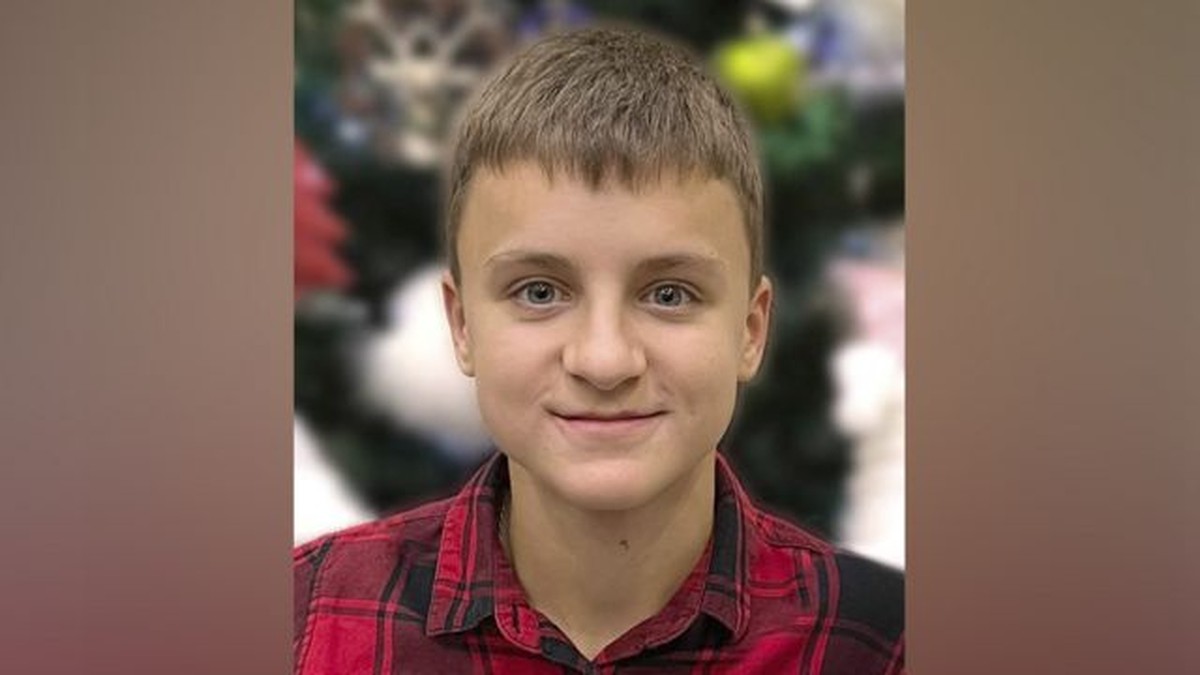 War in Ukraine: hit trying to escape, Elisei is one of 200 children killed in the conflict | Ukraine and Russia

Abhishek Pratap 4 weeks ago News Comments Off on War in Ukraine: hit trying to escape, Elisei is one of 200 children killed in the conflict | Ukraine and Russia 8 Views

The mother, Inna, was preparing to say goodbye. She adjusted the picture of a smiling boy in the frame, now in a coffin: the last act of caring for her son.

The boy’s name was Elisei Ryabukon. Next month he would be 14 years old.

Just over a month after Elisei was shot dead by Russian soldiers, family, friends, neighbors and colleagues gathered at a church in the city of Brovary, neighboring Kiev, to say goodbye to the child. The community that had dispersed during the war was now gathered in mourning.

Elisei was remembered by those close to him as sincere, humble and helpful. A boy who didn’t like to fight and who refused to play aggressive sports.

Elisei was with her mother and a younger brother, all trapped in the village of Peremoha when the invasion began.

“On March 11, the Russians gave us permission to leave. They even said goodbye and wished us luck. Then, as we were crossing a field, they started shooting at us from all directions,” Inna said.

There were five cars in the convoy evacuating civilians from the war area. Elisei was in the second car. No one in the vehicle survived.

“I crawled across the field and saved my other three-year-old son by dragging by the hood of his jacket. Anyone making it out alive was pure luck,” she said.

Inna says the youngest child is the only reason to continue. She has filed a complaint with the police and wants justice for Elisei’s murder.

“I want the world to know about Russia’s crimes. I want all victims to be counted. I want Russia to be held accountable for the people, children and women they killed in our land,” she said.

Elisei’s grandmother mourns him at the funeral – Photo: BBC

Elisei is among more than 200 children killed in Ukraine so far in the war, according to the country’s government. It is possible that there are others, not yet registered. Hundreds were injured.

Ohmatdyt hospital received dozens of children who were victims of the attacks.

Daniil Avdeenko, 6, was taken to hospital from the northern city of Chernihiv, which had been surrounded and bombed by Russian forces. The siege ended in early April.

Daniil and his parents were injured in a bombing in a residential neighborhood.

When the explosion occurred near the family home, everyone was thrown to the ground. Daniil’s father, Oleksandr, saw that his wife’s leg was bleeding heavily. He used the strap of a leather bag as a tourniquet, a decision that saved his leg from being amputated.

Oleksandr called Daniil’s name, who replied that he was fine. But when the boy started to get up, Oleksandr realized how hurt he was.

“I saw that he had shrapnel [de morteiro] all over his body and that he was bleeding profusely,” he said.

Father, mother and son were each taken to different hospitals.

“For the first four days we didn’t know who was alive and who wasn’t. They didn’t register my son’s name at the time of admission,” Oleksandr said.

In the end, the family was reunited and taken to Kiev for treatment.

Daniil had pieces of shrapnel in his head that were removed, but there are pieces still lodged in his back.. Doctors say removal at this point would be too painful. The boy has several injuries and fractures in his leg. It is not yet known when he will be able to walk.

Most of the time the boy is happy, but he gives small cries of pain when he needs to get an injection.

“He tells the nurses at the hospital all the details, about how we were covered in blood. He remembers everything. But he blames himself. Just before it happened, I told him to go down to the basement with his mother. But he insisted on come with me”, says Oleksandr. “I explained that it’s not his fault. We all are.”

At the beginning of the war, Oleksandr says that Daniil asked a lot of questions.

“When there was a shooting, he would ask ‘Dad, who is shooting now?’. I would say ‘we’. ‘What now?’, he would ask. At night, he dreamed of tanks. When the bombs fell, he would wake up scared. But despite everything, he was still having fun. But when the attack began [em terra]it has changed drastically,” says Oleksandr.

Even those who managed to escape physically unharmed carry psychological trauma.

Ilya Bobkov, 13, escaped with his family from Bucha (outskirts of Kiev), which had been under Russian control for weeks.

They managed to exit through a humanitarian corridor that was opened in March for the evacuation of civilians. His family now lives in a room in a dilapidated government building in Kiev.

“February 24, when the war started, was very shocking. I expected a normal day: going to school, doing homework and playing video games. But my mom comes into my room and tells me to pack a backpack. . Soon we started living in the basement. It was very scary. It was hard to spend the nights“, says Ilya.

Until they were safe, Ilya and his family saw burning buildings, destroyed tanks and dead bodies along the way.

“I can’t help feeling that the war is still around us. I dream of my family dying or being taken hostage by the Russians. I wake up in a cold sweat,” says Ilya.

His aunt Valentyna Solokova, who was also evacuated from the war zone with Ilya’s family, says they tried to keep the children distracted by playing games or looking at family photos. They also had to have difficult conversations, especially when food was running low.

“I told the children that bread and water are the most important things. I had to make them understand that they had another life before, where they had everything and went to school and played. And now they had to learn live without it,” she said.

“I told them it’s time for them to grow up.”

A generation of children in Ukraine cannot have a normal childhood right now. The UN estimates that around 5.2 million of the country’s 7.8 million children have been homeless.

With fierce fighting in the south and east of the country and renewed bombing in Lviv and Kiev, no part of Ukraine seems safe at the moment.

It is unclear when the children of this country will be able to return to the life that was suddenly cut short.