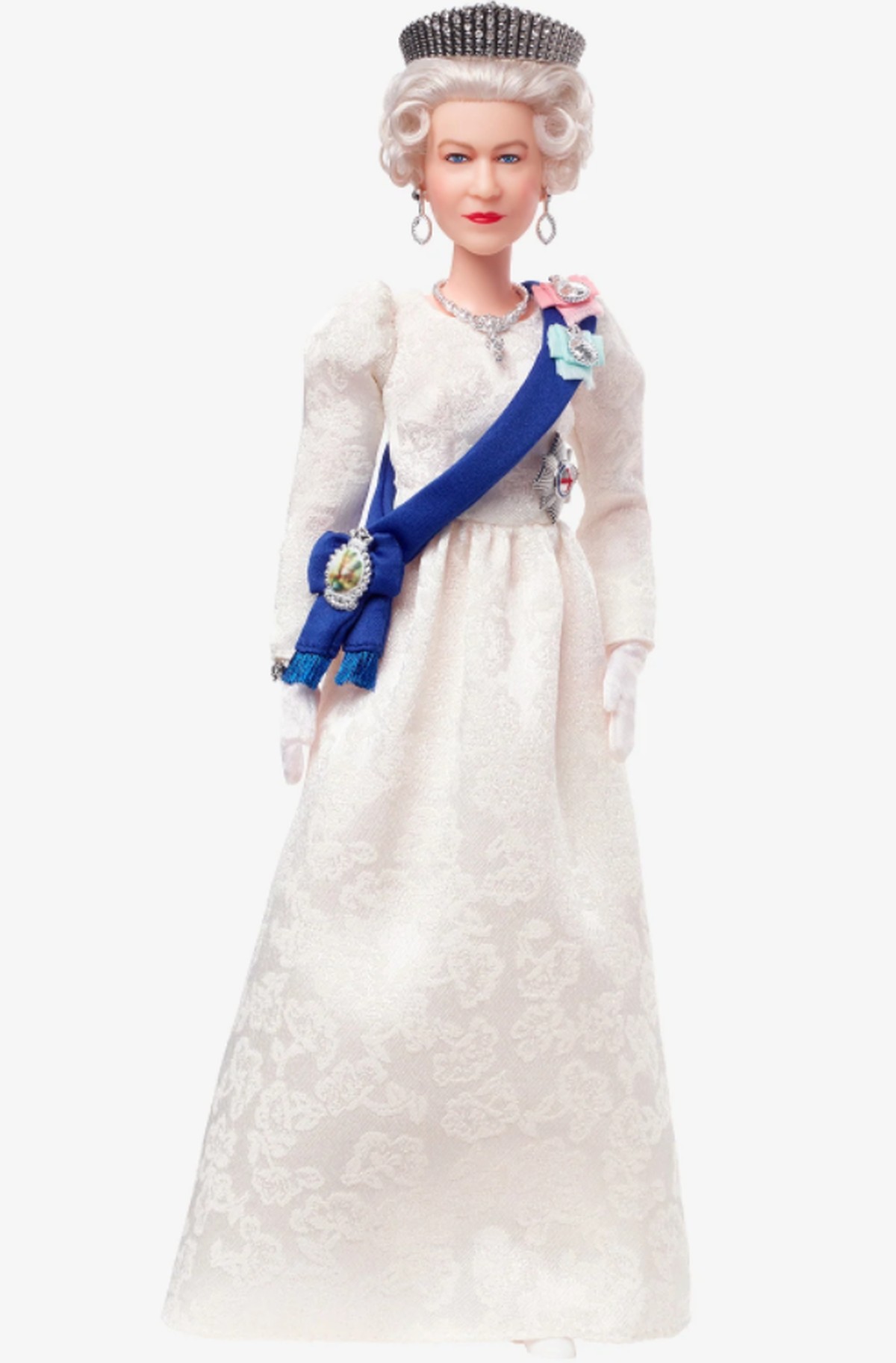 Queen Elizabeth II Barbie doll is being released to celebrate her 70 years on the throne.

The doll comes with an ivory dress, a blue ribbon and features details from the monarch’s past. It also has a recreation of the tiara worn by the queen on her wedding day and pink and blue ribbons modeled after those given to her by her father George VI and grandfather George V, says toy maker Mattel.

The doll comes in an ivory dress with a blue ribbon and features details from the monarch’s past — Photo: Mattel Creations

The doll, released on the real-life monarch’s 96th birthday on Thursday, is part of the Barbie tribute collection, which the company says honors “visionary individuals with exceptional impact and legacy”.

Queen Elizabeth II celebrates her 96th birthday this Thursday (21), and marked the date with the release of a photo that shows her with two of her ponies.

The image was commissioned by the Windsor Royal Horse Show, and shows the Queen with animals named Bybeck Nightingale and Bybeck Katie.

In recent weeks the queen hasn’t been around much. She recovered from Covid-19 earlier this year, and “mobility issues” have limited her public events.

She will have a private party at the Sandringham estate, where she and her husband, the late Prince Philip, once stayed to escape the spotlight.

The Queen is known to like horses and ponies, and the Windsor Equine Show will be special: there will be more than 1,000 people and 500 horses at the show, which will re-enact important moments in the lives of Elizabeth I and Elizabeth II.

The event will be part of the commemoration of the 70th anniversary of the reign of Elizabeth II.

The date of 70 years of reign was in February, but the celebrations take place throughout the year.

The party will culminate on a four-day bank holiday between the 2nd and 5th of June.

The celebrations will include public events and community activities. The monarchy also proposes a reflection on the 70 years of the reign.

Elizabeth II was born on April 21, 1926 with the name Elizabeth Alexandra Mary and became Queen at the age of 25 in 1952 with the sudden death of her father, King George VI.

On this date, the Queen’s birthday is celebrated, but the official ceremony is held only in June. It is possible to say that she is entitled to two birthdays.

This is because in 1748, King George II decreed that every second Saturday in June – when it is already summer in the UK – is the official day for celebrating the birthday of British monarchs.

According to the BBC broadcaster, the date was proposed because the king, born in winter, wanted to celebrate his birthday at a public party, with military parades, for example, and so he chose a date in the European summer.

A companion of the monarch for 73 years, the Duke of Edinburgh died at the age of 99 in April 2021. In February he had undergone heart surgery.

Philip didn’t always accompany Elizabeth II – he did over 22,000 events alone. In August 2017, he withdrew from public life, despite eventually still appearing at official engagements.

The last appearance was in July last year, at a military ceremony at Windsor Castle, the palace where he and the Queen decided to stay during the Covid-19 period.