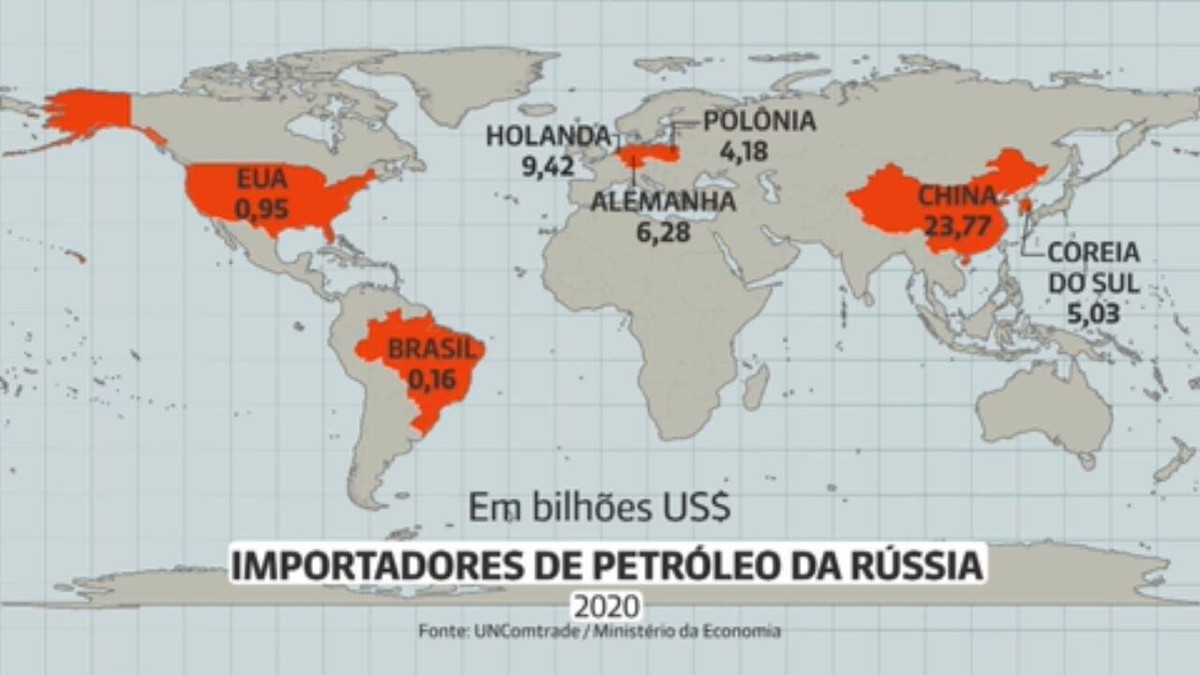 Abhishek Pratap April 21, 2022 News Comments Off on Germany wants to eliminate Russian oil imports by the end of the year | Ukraine and Russia 14 Views

Germany will stop importing oil from Russia by the end of the year, German Foreign Minister Annalena Baerbock said on Wednesday after a meeting with ministers from the Baltic countries in Riga, Latvia.

“We are going to halve oil by the summer and we will be at zero by the end of the year. Then it will be the turn of gas, in a joint European roadmap, because our joint exit, the complete exit from the European Union, is our common strength” , said Baerbock, referring to the end of fuel imports from Russia by the European bloc.

Baerbock acknowledged mistakes made by Germany in the past in dealing with Russia’s energy supply. “What we need to do more than ever is to end our energy imports from Russia once and for all,” he said. “We made mistakes in that area, but we can’t go back in time now, we can’t undo them.”

Annalena Baerbock, German foreign minister, in a speech during the security conference in Munich, this Saturday (19) – Photo: Andreas Gebert/Reuters

Economy Minister Robert Habeck also believes it is possible to become “virtually independent” of Russian oil by the end of the year. In the case of gas, the government only considers this viable “in mid-2024”.

The German government has come under wide criticism, both internally and externally, for barring joint European Union sanctions on Russian fuels, due to its heavy dependence on Moscow.

The country has also been questioned for not sending enough weapons quickly to Ukraine, especially heavy weapons. On this topic, Baerbock claimed that the German government sent more weapons to Kiev than it made public. “We deliver anti-tank missiles, Stingers and other things that we’ve never talked about publicly, so those deliveries could be made quickly,” he said.

Military assistance to the Baltic countries

At the meeting, the minister also promised assistance to the Baltic countries against a possible threat from Moscow in the context of the Russian war against Ukraine. According to her, NATO will defend its alliance territory and “protect every corner”.

“Germany will make the necessary contribution here on land,” Baerbock assured, saying that as NATO members, Latvia, Estonia and Lithuania can “trust Germany 100 percent.” “Europe’s security, the security of us all, is inextricably linked to the security of the Baltic States,” said Baerbock.

The minister also stated that she considers it possible, in principle, to deliver armored vehicles from Germany to Ukraine. “It’s not taboo,” she said. In the short term, however, the German Armed Forces (Bundeswehr) are not in a position to supply equipment of this type, she said.

Baerbock’s trip to the Baltic countries continues this Thursday with a visit to Estonia and, on Friday, to Lithuania.

On Friday, German Finance Minister Christian Lindner confirmed that the German government will increase spending on military assistance to €2 billion in 2022. “The funds will largely benefit Ukraine,” Lindner wrote on Twitter. .

The confirmation came after public television network ARD revealed the information. According to the broadcaster, more than 1 billion euros would go directly to Ukraine, which can, if it so chooses, use the amount to buy weapons.

Another 400 million euros would go to the European Peace Mechanism, an extra-budgetary fund of the European Union intended to finance actions within the scope of the common foreign and security policy aimed at preserving peace, preventing conflicts and strengthening international security – in this way, indirectly, the amount could also end up going to Ukraine.

According to the ARD, the €2 billion is not part of the €100 billion extra special allocation recently allocated to the Bundeswehr.

Although pressured to supply more weapons, the mere fact that Germany sends arms to Ukraine already means a sudden change in the posture of its government, which has historically been refusing to send weapons to conflict regions.

Ukrainian soldiers guard a point near Russian troops, on the outskirts of Kharkiv (Photo: Anatolii Stepanov/AFP)

So far, Germany has provided Ukraine with military supplies, including grenades, anti-aircraft missiles, machine guns and ammunition, but not heavy weapons such as tanks, helicopters and fighter planes.